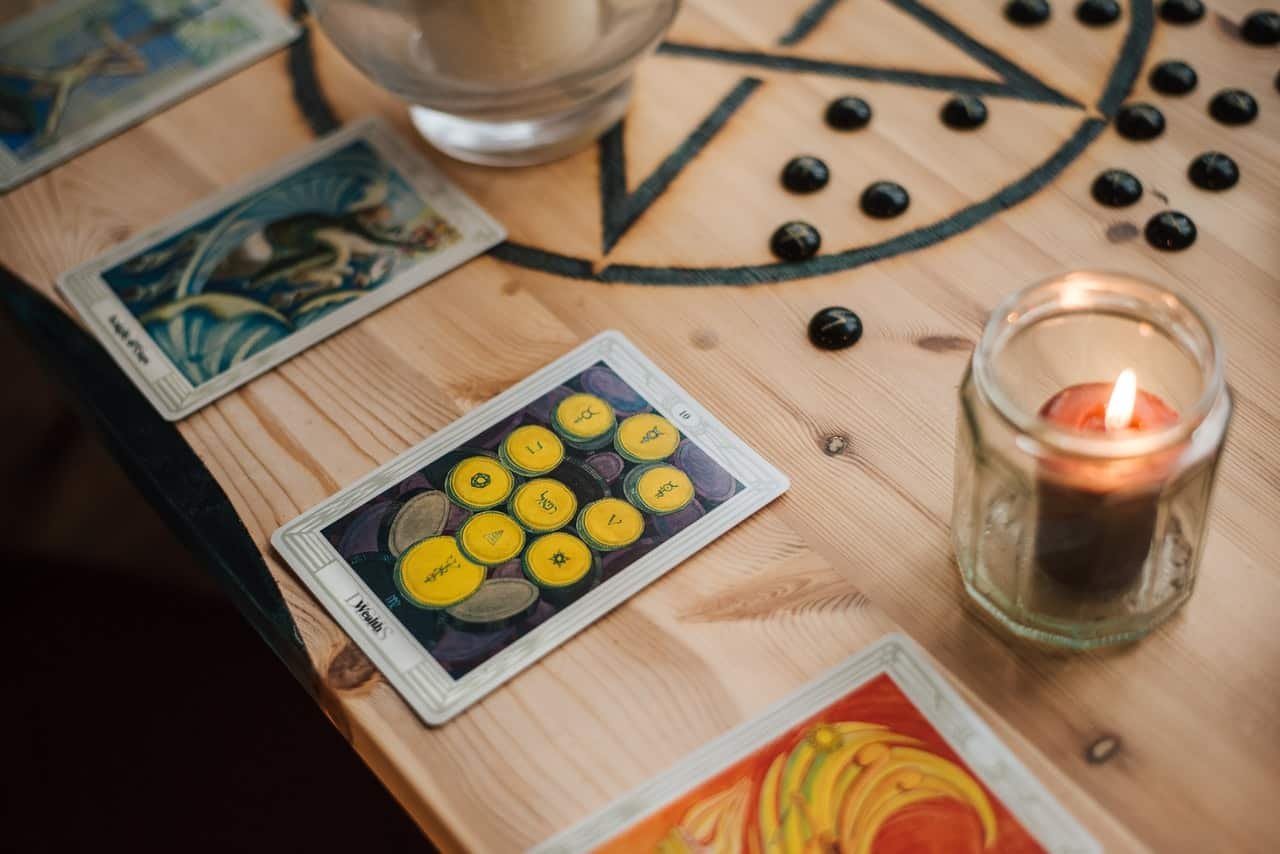 The purpose of this page is to provide a comprehensive guide to understanding Tarot card meanings. This Tarot guide will be completely free of charge and available to all. I am not hiding anything in a book or paid webinar. It is all going to be available on this website, free for everyone to use at their convenience.

My goal is for you to under Tarot card meanings at their deepest, symbolic level so that your intuition has a solid foundation for your own Tarot practice.

Without symbolism, your intuition is empty. Without intuition, symbolism is blind.

This project is still a work in progress, but I’m actively adding new Tarot card meanings.

What is the Tarot?

“The Tarot is a pictorial representation of the Forces of Nature as conceived by the Ancients according to a conventional symbolism.” Aleister Crowley, on the Ordo Templi Orientis card that comes with the Thoth Tarot deck

“[The Tarot] is, in truth, a monumental and extraordinary work, strong and simple as the architecture of the pyramids, and consequently enduring like those – a book which is a summary of all sciences, which can resolve all problems by its infinite combinations, which speaks by evoking thought, it is an inspirer and moderator of all possible conceptions, and the masterpiece perhaps of the human mind.” Éliphas Lévi, Transcendental Magic, London, 1958, 3

“[T]he Tarot, viewed philosophically, is a teaching device intended to assist in the subjective journey of consciousness from one objective center of energy to another.” (Robert Wang, The Qabalistic Tarot, p. 46)

Structure of the Tarot

56 pips or Minor Arcana (Lesser Secrets), which breaks down to:

How to Learn the Tarot Card Meanings

“THE TAROT is a pack of seventy‐eight cards. There are four suits, as in modern playing  cards, which are derived from it. But the Court cards number four instead of three. In addition, there are twenty‐two cards called “Trumps”, each of which is a symbolic picture with a title itself. At first sight one would suppose this arrangement to be arbitrary, but it is not. It is  necessitated, as will appear later, by the structure of the universe, and in particular of the Solar System, as symbolized by the Holy Qabalah. This will be explained in due course.” (Aleister Crowley, The Book of Thoth)

Similar to famed Tarot teacher Rachel Pollack, my approach to the Tarot is “structural.” By understanding the essential symbolic structure of the Tarot and how it relates to other Symbolic Systems such as astrology or Qabalah, one can begin to understand the deeper meaning of each Tarot card and how they relate to the entire Fool’s Journey.

Should you Read Your Own Tarot Cards?

201 Questions to Ask the Tarot

Deleuzian Metaphysics and the Tarot

Gender and the Tarot

Should you Cleanse Your Tarot Cards?

Related Links from other sites