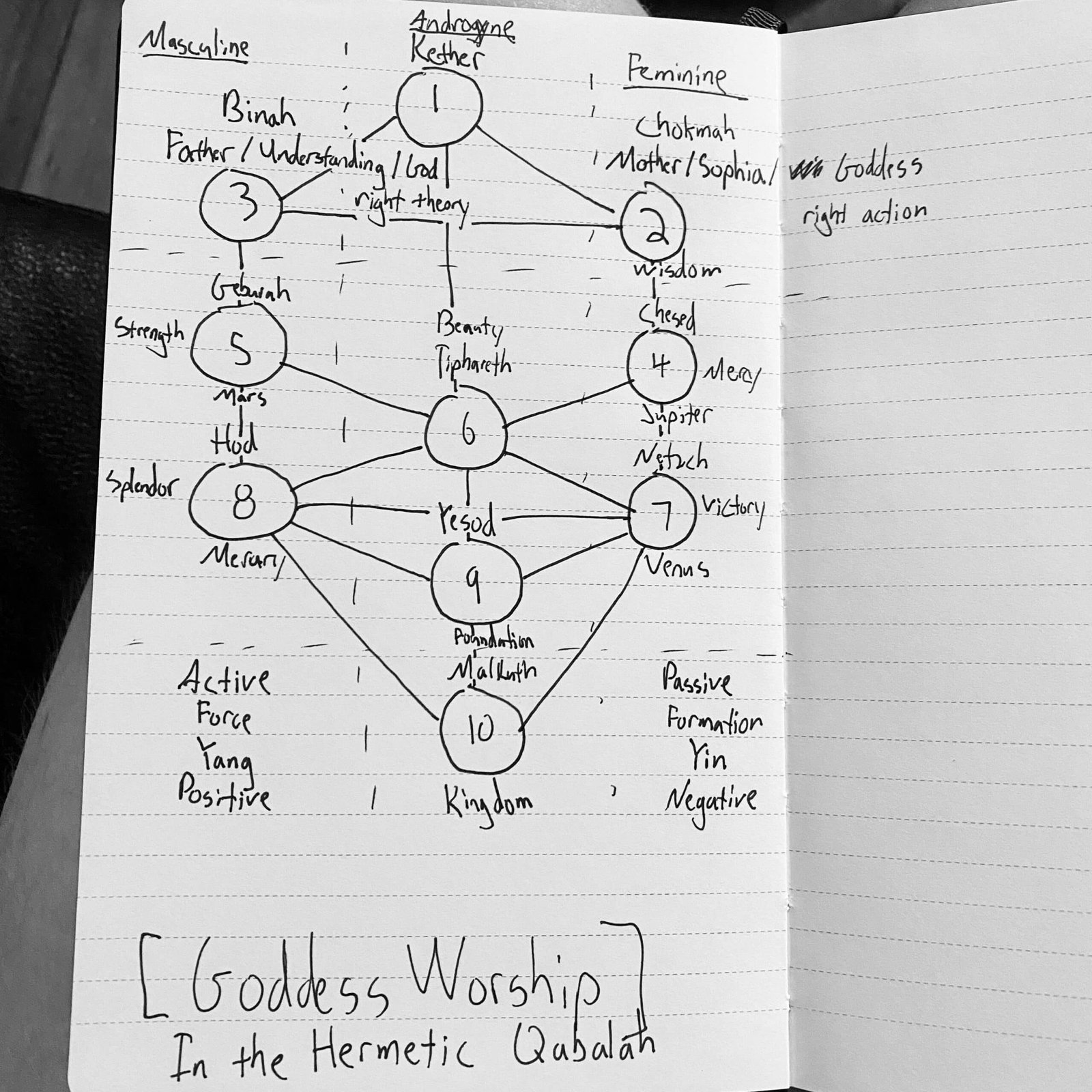 First of all, the concept of “mercy” is more feminine than “severity.”

However, Chokmah translates to “Wisdom.” In the Bible, a primary source for Qabalah, Wisdom is personified as Sophia. In Gnostic Christianity the personification of Sophia is not just a literary device. Sophia is the Lost Goddess of Christianity.

What if your highest point of spiritual contact, the one you pray to, is a Goddess? We all know the Hermetic Qabalah is highly syncretic (to a fault) anyway, so what if you wanted to reconstruct it to better fit a Goddess-worship practice? Then one might find it profitable to see that Chokmah/Wisdom refers to the Mother not the Father.

This causes us to reconsider the “Pillars” of the Tree of Life.

With the feminine Pillar now on the right, which is the left if we think of the Tree as the front of a person (left-handedness being associated with creativity and femininity), then the astrological correspondence makes more sense than before. Arguably the combination of Jupiter and Venus is a more feminine combo than the combination of Mars and Mercury.

Is Tarot a Closed Practice?