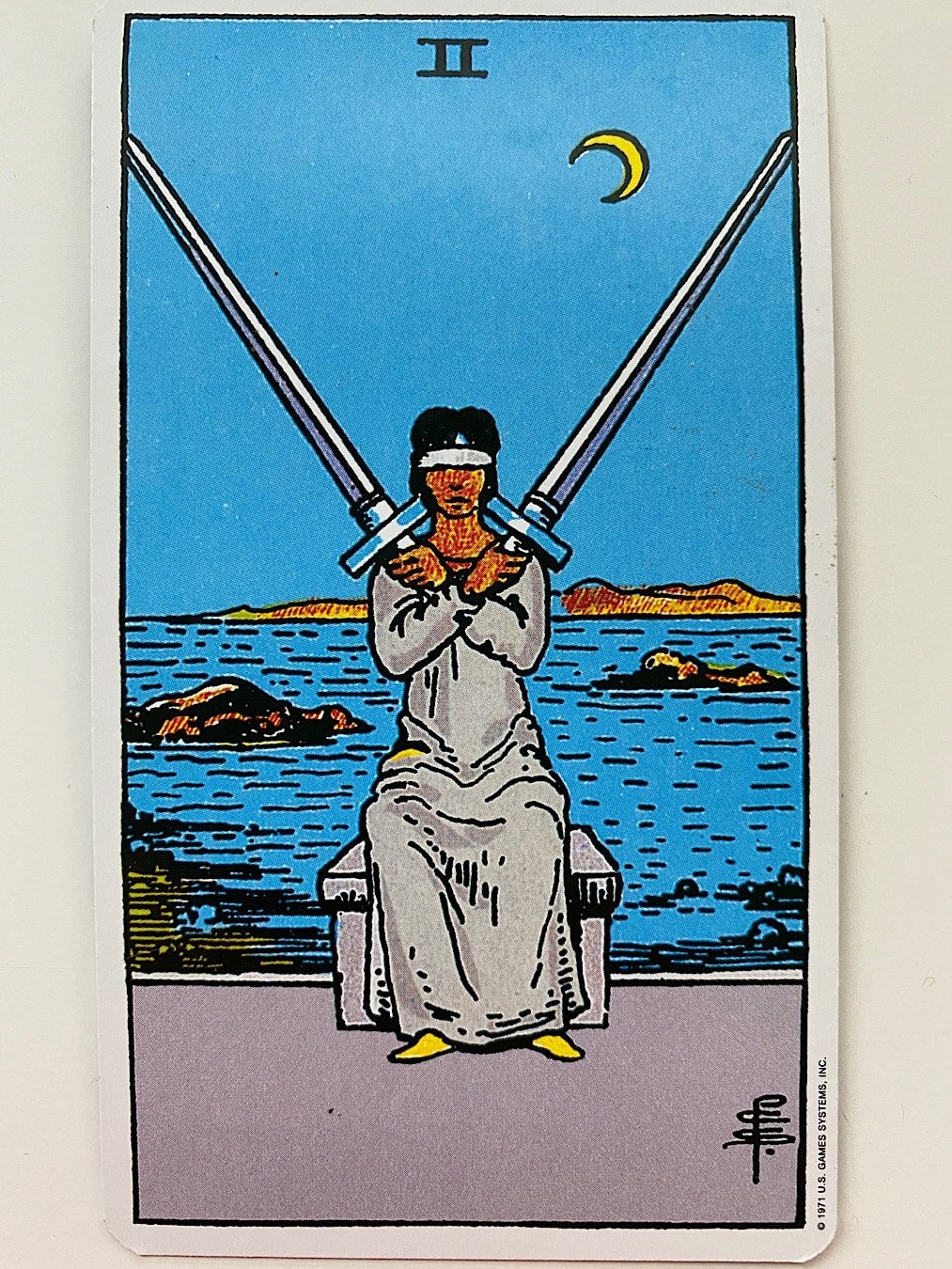 Keywords: tension, balance, on the verge of change, needing to make a decision, dilemma, stalemate, difficulty

In the RWS you can see a woman, dressed in gray robes, sitting on a stone slab, blindfolded, with two swords crossed over her chest. Behind her lies a body of water and the crescent moon.

With the Moon in the background, it suggests that, since she is blindfolded, the woman will have to rely on her Lunar intuition in order to make the decision, not being able to rely on her empirical senses.

Or perhaps the blindfold suggests that she is paralyzed by the choices, and her difficulties could be resolved by simply flipping a coin.

What would happen if the woman could open her eyes?

In her book Tarot Wisdom, Rachel Pollack suggests that the woman blindfolded herself. In the Pictorial Key, A.E. Waite describes her as being “hoodwinked,” which suggests the blindfold was put upon her by someone else.

Intellectual balance and duality bring to mind the process of dialectics, where a thesis and antithesis balance together to produce a synthesis. 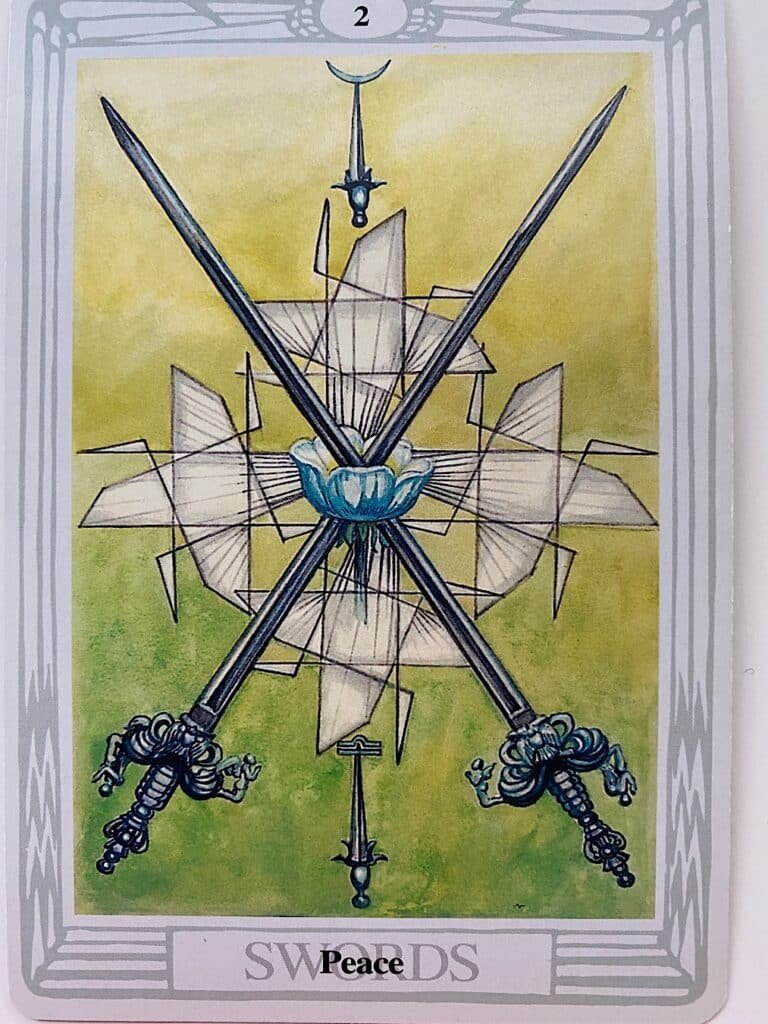 Crowley says of the card,

“In the card appear two swords crossed; they are united by a blue rose with five petals. This rose represents the influence of the Mother, whose harmonizing influence compounds the latest antagonism native to the suit. The Rose emits white rays, producing a geometrical pattern that emphasizes the equilibrium of the symbol.”

Speaking of the influence of the Moon, Crowley says it represents change, and Libra balance. These two energies “regulate the energy of the Swords,” which Crowley says governs “all intellectual manifestations” and “is always complicated and disordered…it represents a general shaking-up.”

Thus, the Two of Swords represents Peace in the face of a great intellectual “shaking up.” This comes from the duality of two-ness, which is always harmonious. Combined with the calming light of the Moon, the Two of Swords is an oasis in the otherwise

From Book T: The Lord of Peace Restored

Two crossed swords, like the air dagger of a Zelator Adeptus Minor, each held by a White Radiant Angelic Hand. Upon the point where the two cross is a rose of five petals, emitting white rays. At the top and bottom of the card are two small daggers, supporting respectively the symbol {Crescent moon with horns upward} thus, and Libra representing the Decanate.

Contradictory characters in the same nature, strength through suffering; pleasure after pain. Sacrifice and trouble, yet strength arising therefrom, symbolized by the BOOK T pg. 32 position of the rose, as though the pain itself had brought forth beauty. Arrangement, peace restored; truce; truth and untruth; sorrow and sympathy. Aid to the weak; arrangement; justice, unselfishness; also a tendency to repetition of affronts on being pardoned; injury when meaning well; given to petitions; also a want of tact, and asking question of little moment; talkative.

Chokmah of Vau. Quarrel made up, yet still some tension in relations: actions sometimes selfish, sometimes unselfish.