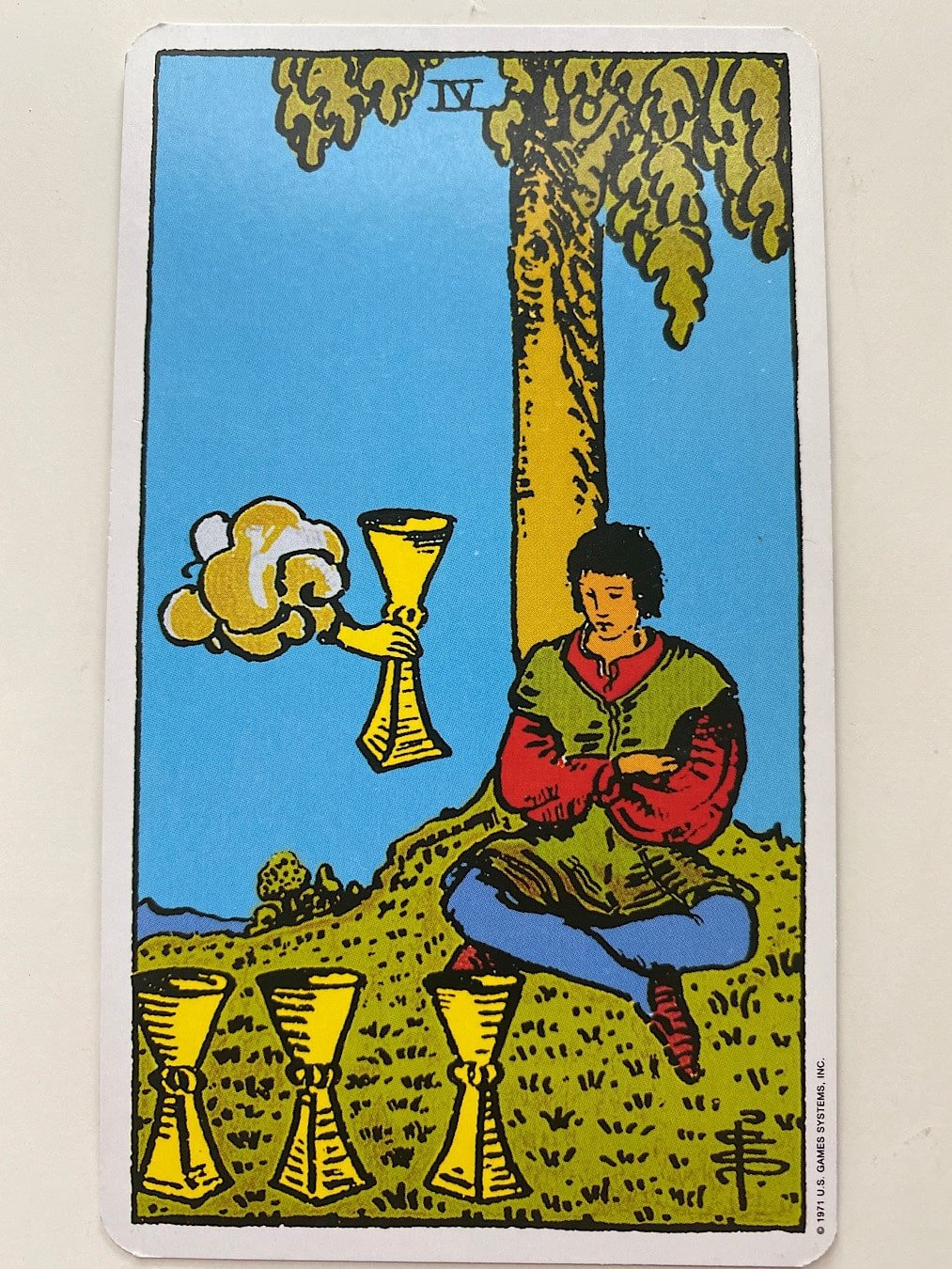 Reversed: emergence, timidity in trying something new, starting spiritual journey, snap out of it,

In the RWS we see a young man sitting cross-legged against a tree with his arms crossed as well. He looks sad, bored, bemused, or forlorn.

At the bottom are three cups. Next to the man is the hand of God reaching out to offer him a cup, which he rejects.

One way to see understand this card is to see the full cups as being filled with the wine of the material. Drunk and intoxicated on the material world, the man rejects the spiritual gift from the heavens.

Another way to see the card is simply in terms of regular apathy. Perhaps dulled by the past experience represented by the three cups, he is unable to recognize the new possibilities seen in the “Ace of Cups,” the hand of God, and thus can no longer be excited by novelty.

In existentialist terms, this is the condition of ennui 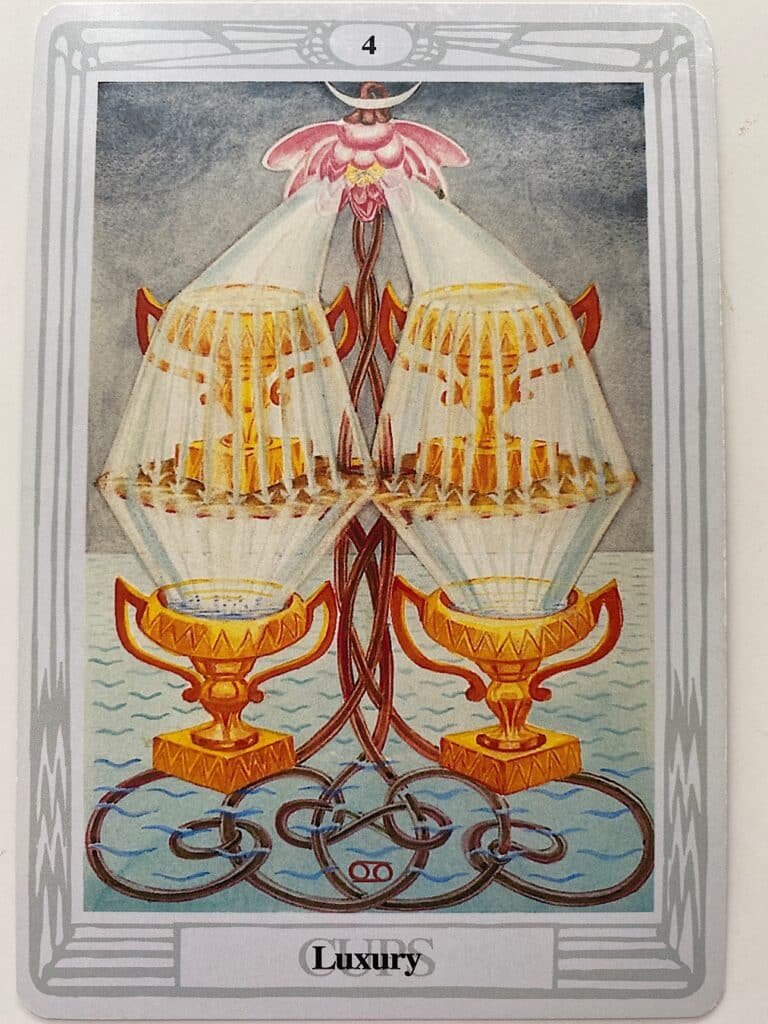 In the Thoth 4 of Cups, we can see four cups overflowing with water.

As Crowley says, “The sea is still shown, but its surface is ruffled, and the four cups which stand upon it are no longer so stable. The Lotus from which the water springs has a multiple stem, as if to show that the influence of the Dyad has gathered strength. For although the number Four is the manifestation and consolidation of the dyad, it is also secretly preparing catastrophe and consolidation of the dyad.”

For Crowley, the Four cups are balanced and orderly but there is a weakness that stems from the Moon being in Cancer. He calls it an “abandonment to desire.”

This is similar to the RWS version insofar as the man is drunk on the material cups of desire, and is therefore unable to rescue himself from the potential destruction of pure luxury.

Normally the fours of the Tarot are stable and secure, but with the 28-day cycle of the Moon and the emotional waters of the moving sea of Cancer, this is not stable stability, but rather, a stability liable to change.

From Book T – The Lord of Blended Pleasure

Four cups: the two upper overflowing into the two lower, which do not overflow. An Angelic Hand grasps a branch of lotus, from which ascends a stem bearing one flower at the top of the card, from which the white water flows into the two upper cups. From the centre two leaves pass right and left, making, as it were, a cross between the four cups. Above and below are the symbols Moon and Cancer for the Decan.

Success or pleasure approaching their end. A stationary period in happiness, which may, or may not, continue. It does not mean love and marriage so much as the previous symbol. It is too passive a symbol to represent perfectly complete happiness. Swiftness, hunting and pursuing. Acquisition by contention: injustice sometimes; some drawbacks to pleasure implied.

Chesed of HB:H (Receiving pleasure or kindness from others, but some discomfort therewith).