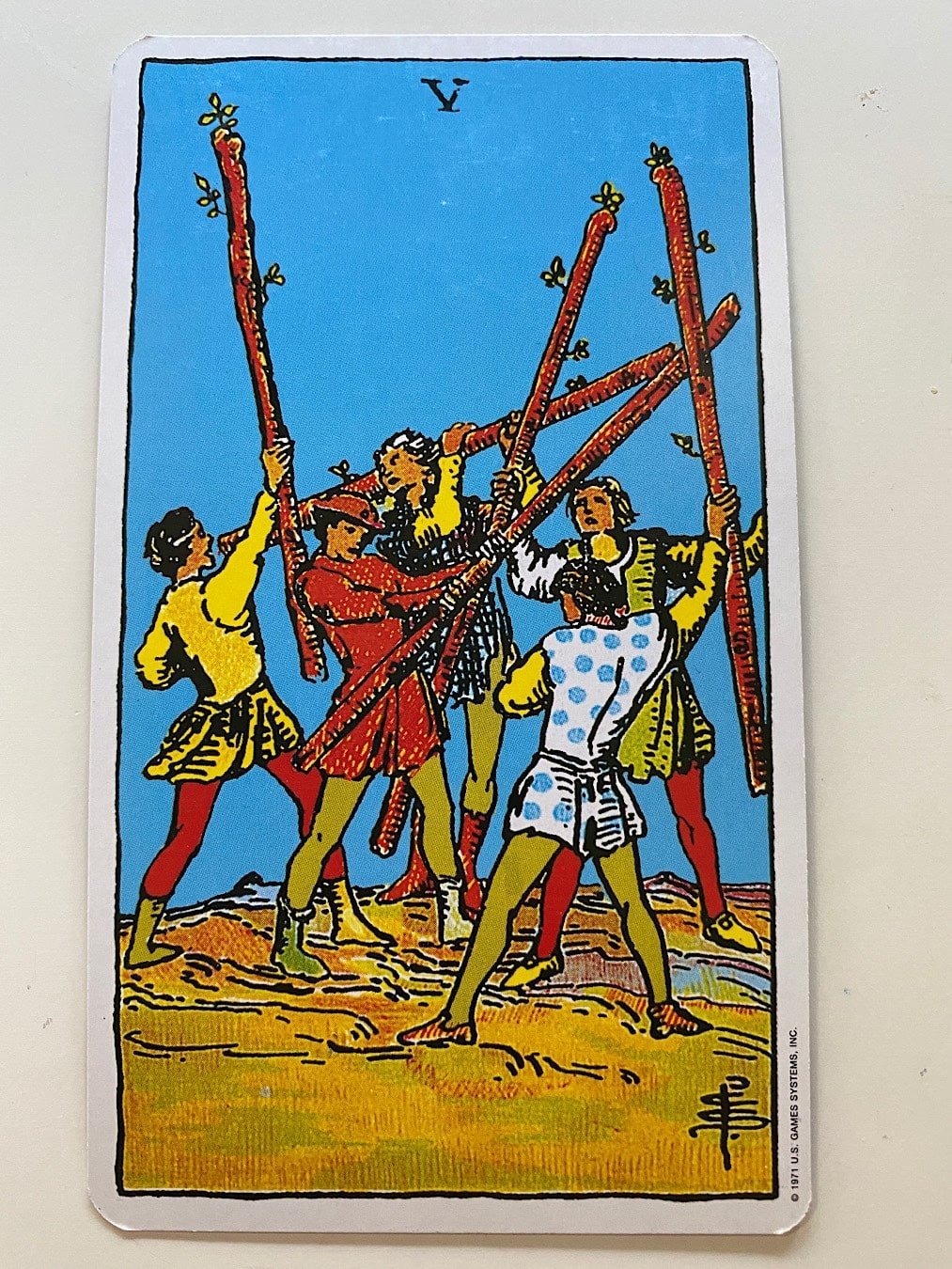 In the RWS we see five young men engaged in a battle (mock or otherwise) with wands.

Are they brothers engaged in friendly competition and training?

Or is the battle an actual fight for territory and dominance? Regardless, the card is suggestive of instability and strife.

Yet this training can be seen as a kind of strengthening, preparing ourselves for the real struggles of Life.

But Fives, in general, represent a move away from the stability and foundation of Fours.

Accordingly, the Five of Wands is a card of dynamics and fiery energy. The normal Fire of Leo is disrupted by the limitations. Instead of pouring its energy out into the world, the result is the energy being trapped inside, creating foment and internal instability. 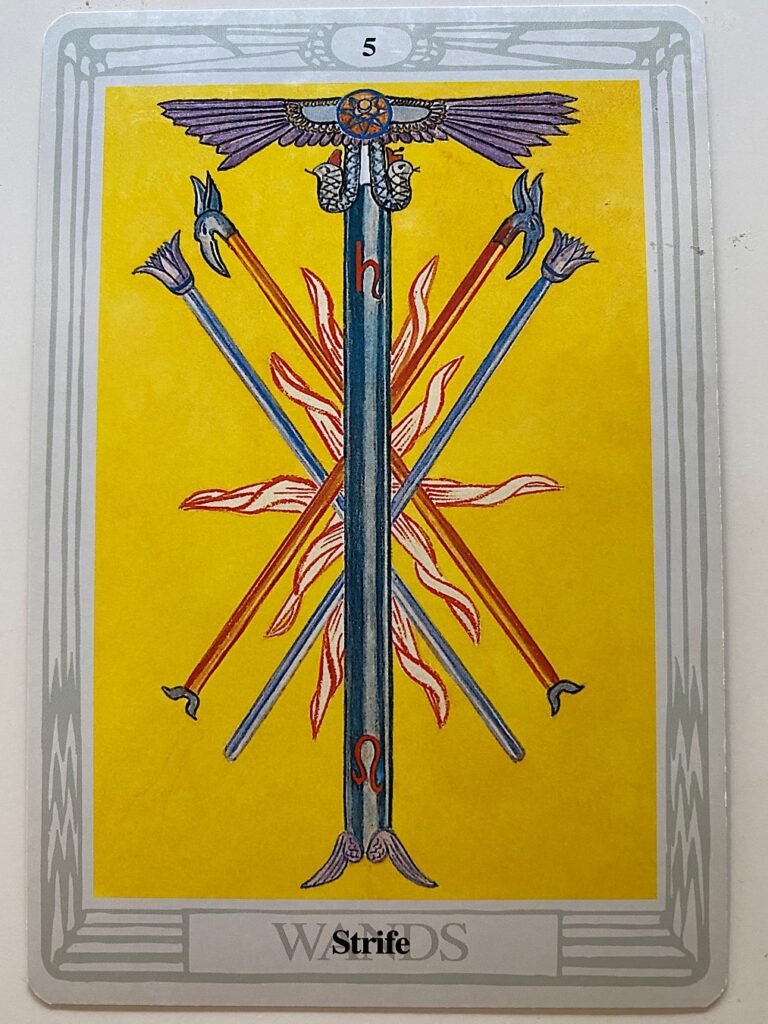 The result of Saturn’s restriction of Leo is volcanic magma, under the weight of the mountain surrounding it, wanting to explode. But as five it represents Fixed Fire, suggesting the energetic fire is trapped for a long time.

Example reading with the Thoth

I asked the Tarot to show me a part of myself I am just now ready to see.

5 of Wands. Saturn in Fixed Fire, Leo, in the realm of Geburrah, ruled by the fiery and aggressive Mars.

But it also shows the Warrior King.

But why am I only now ready to see this part of myself?

On the eve of my five year anniversary of estrogen treatment I have begun to embrace the masculine side of myself again. Started to embrace the Warrior and not just the Sage.

But with that fiery ambition lies the potential for Strife and ultimately self-destruction.

I must therefore not utilize this internal strength too much. To find balance I shall instead be like the Scarlett Woman in Strength/Lust, with the reigns of the Solar beast in my hand.

Two White Radiant Angelic Hands issuant per nubes dexter and sinister. They are clasped together in the grip of the First Order, “i.e.” the four fingers of each right hand crooked into each other, the thumbs meeting above; and they hold, at the same time, by their centres, five wands or torches which are similar unto the wands of a Zelator Adeptus Minor. One wand is upright in the middle; the others cross each other. Flames leap from the point of junction. Above the middle wand is the sign Saturn, and below is that of Leo: thus representing the Decante. Violent strife and boldness, rashness, cruelty, violence, lust, desire, prodigality and generosity; depending on whether the card is well or ill dignified.

Geburah of HB:Y (Quarrelling and fighting).

This Decan hath its beginning from the Royal Star of Leo: and unto it are allotted the two great Angels of the Schemhamphorash HB:VHVYH and HB:YLYAL.