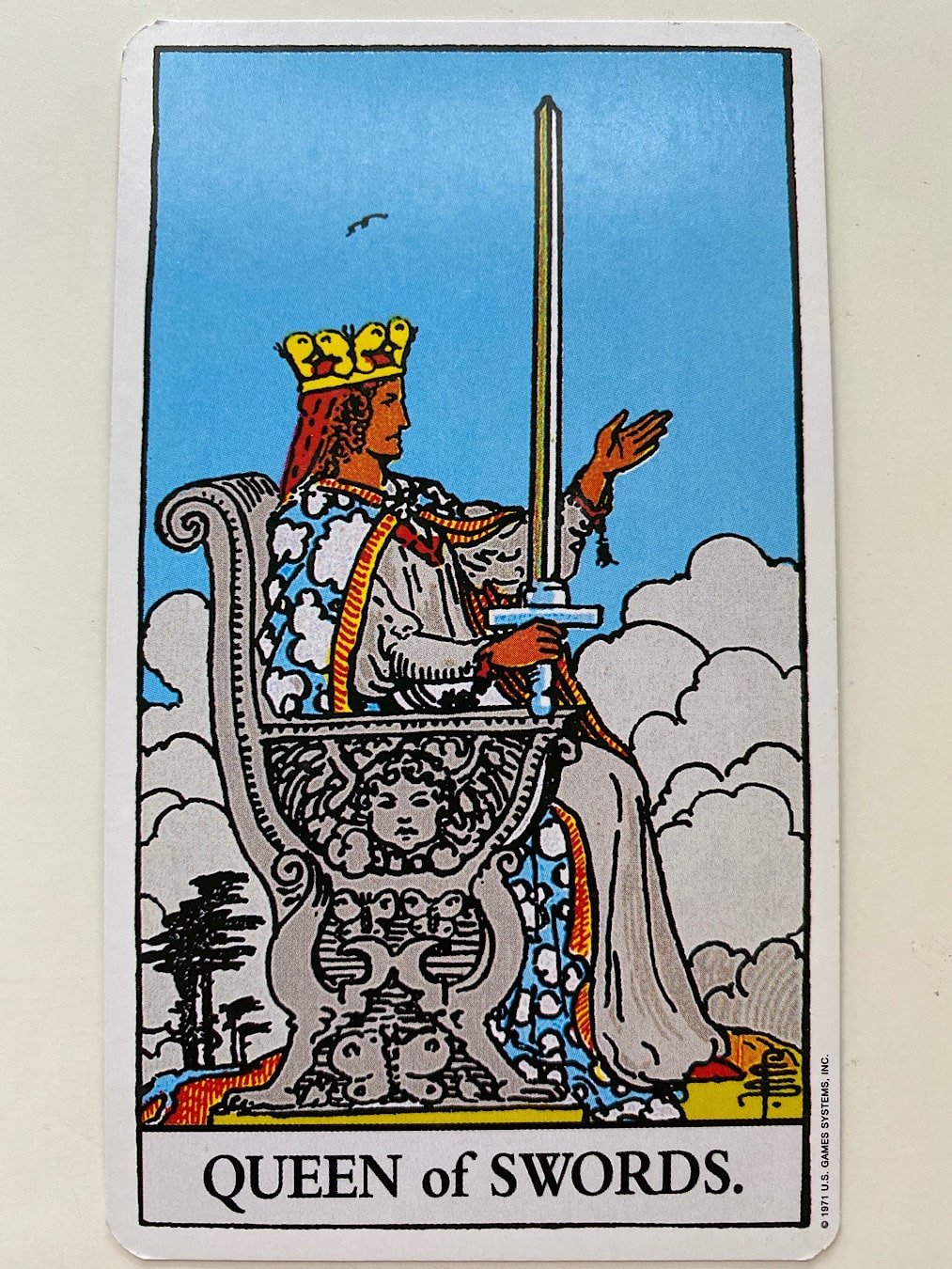 In A Pictorial Key to the Tarot, Waite says the Queen of Swords “does not represent mercy, and, her sword notwithstanding, she is scarcely a symbol of power.”

I think this comment shows perfectly the subjectivity of Tarot reading for I see an opposite quality in this card, inspired by the feminine wisdom of Pamela Smith. I see poise and power, feminine wisdom, and righteous feminist anger. She is the epitome of a powerful woman because she is not afraid to wield her sword.

Waite is clearly projecting his version of a powerful woman as being “female sadness.”

If I pulled this card for a Seeker I would not say they are about to suffer from “female sadness.” I would say “You are about to be a badass Queen. You will either Liberate your mind or that of someone else.”

In Secrets of the Waite-Smith Tarot, Marcus Katz and Tali Goodwin make a good case the Queen of Swords was inspired by Viking Queen Hjørdis in the play The Vikings of Helgeland.

Quite keenly, they also note that a previous version of the Waite-Smith deck, the “Rose and Lilies” deck, the red tassels around her wrist more closely symbolized the Rose and Lilies seen throughout the rest of deck, symbols of Christianity. The butterflies on her crown were a personal symbol for Pamela Smith and thus tell us we should interpret this card from her perspective and not the misogyny of Waite. 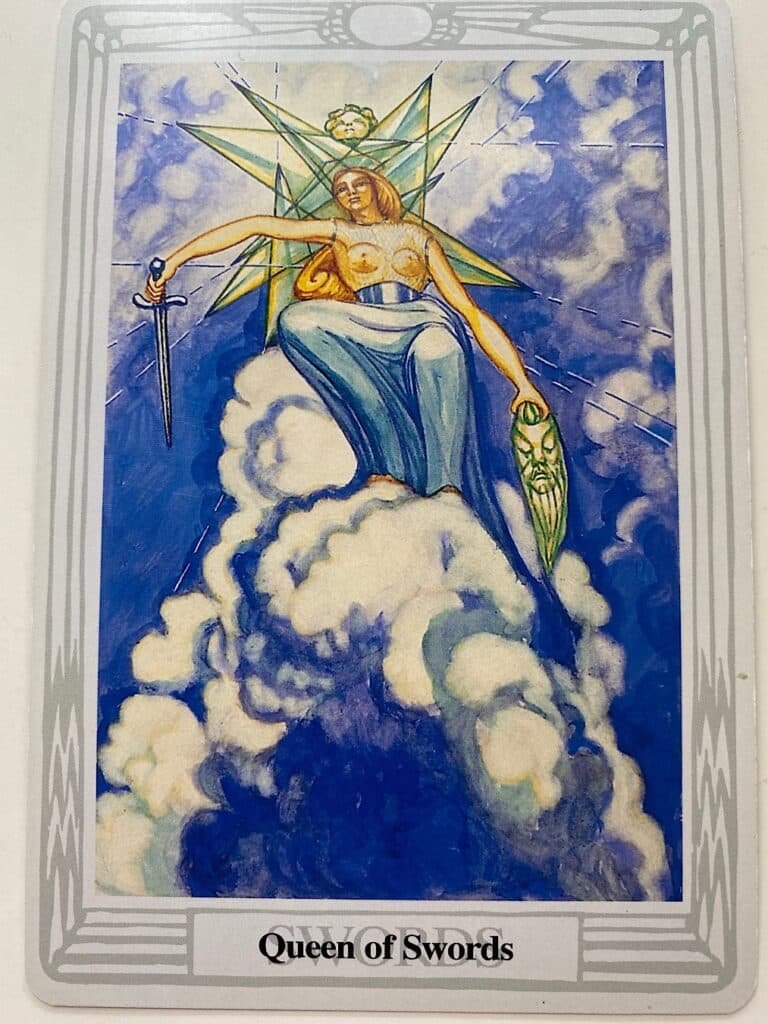 Crowley called the Queen of Swords the “Liberator of the Mind.”

Unlike Waite’s rather dismal interpretation of the feminine energy of this card, Crowley gives a more positive spin basically just going off Book T:

“The person symbolized by this card should be intensely perceptive, a keen observer, a subtle interpreter, and intense individualist, swift and accurate at recording ideas; in action confident, in spirit gracious and just.”

Lon Milo DuQuette points out this card represents Crowley’s Sun Sign and thus, for DuQuette, “is the most intimidating card in the deck.” (p. 192).

Representing Virgo (the Hermit) moving into Libra (Adjustment), we see a transfiguration of the Individual into the Ruler. Like Libra herself, she is balanced between the strictness of the Swords and the fluidity of the Queenly Water. It is through this adjustment of water and air qualities that the Queen of Swords finds her power and grace.

A Graceful woman with wavy, curling hair, like a Queen seated upon a Throne and crowned. Beneath the Throne are grey cumulus clouds. Her general attire is as that of the Queen of Wands, but she wears as a crest a winged child’s head. A drawn sword in one hand, and in the other a large, bearded, newly severed head of a man.

If ill dignified, cruel, sly, deceitful, unreliable, though with a good exterior.

Queen of the Sylphs and Sylphides.