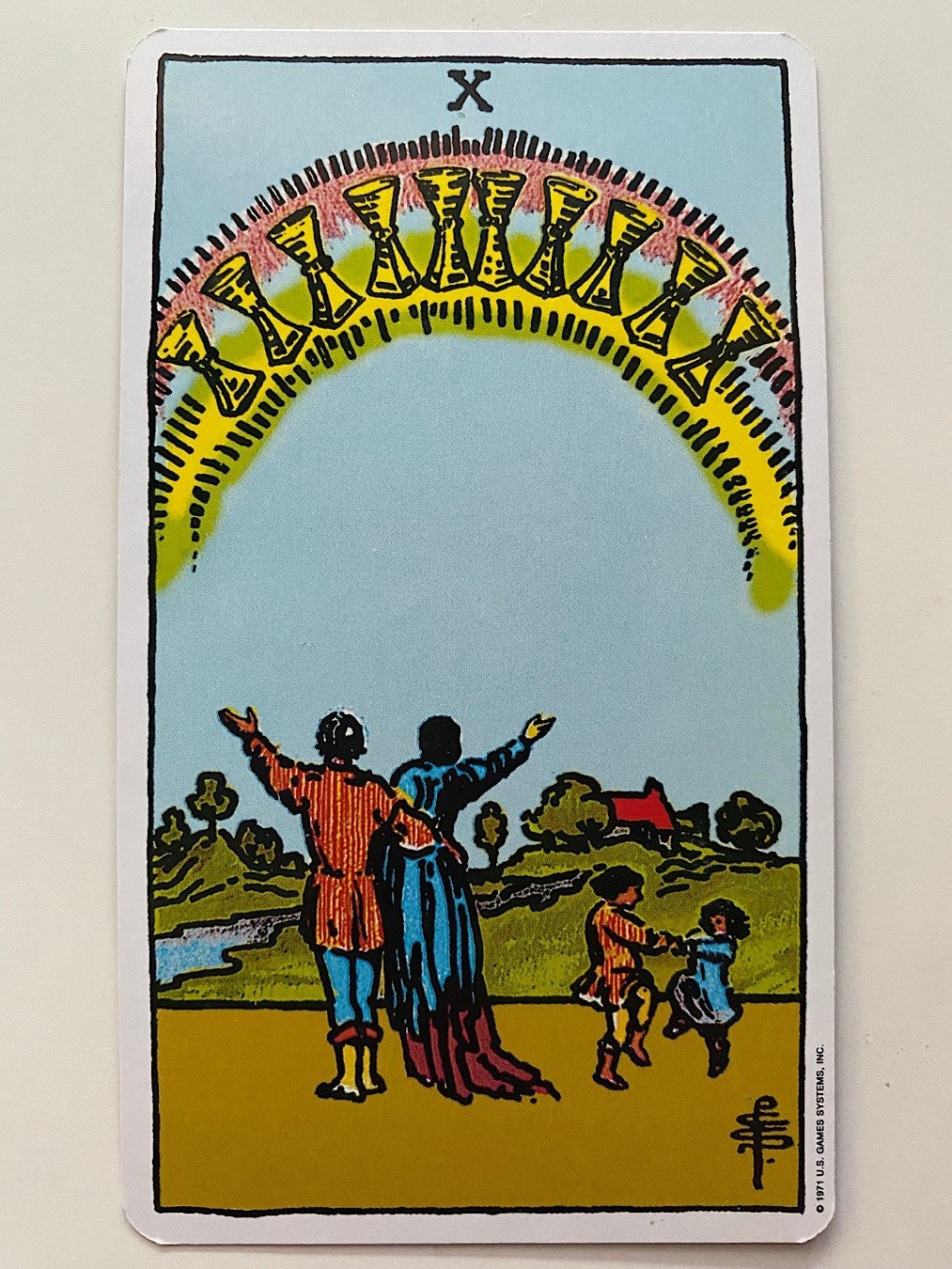 In the RWS we see a family in the countryside celebrating underneath a rainbow. The children are dancing, a symbol of innocence in child-like joy, lost of the moment and not even bothering to look up into the sky.

In the book of Genesis, the rainbow represents a promise from Yahweh to not destroy the world again by means of Water. As the suit of Cups represents Water, the world of emotions, this card is a symbol of peaceful waters and full cups.

It is a scene of utmost happiness. Book T describes it as The Lord of Perfected Success, which gives you a sense of what the original Golden Dawn associations are with this card.

As the Ten of the suit, the Ten of Cups represents the fulfilment of the movement of Water from the idea of an Ace to its complete emanation. But unlike the Ten of Wands, where the final emanation of ambition became of one burden, the Ten of Cups ends in peace and celebration.

Interestingly, one wouldn’t necessarily guess this much happiness can derive from the combination of Mars and Pisces.

Overall, in the RWS tradition, this is a card of good tidings. It is a symbol of a happy home and family. A card of community and celebration. 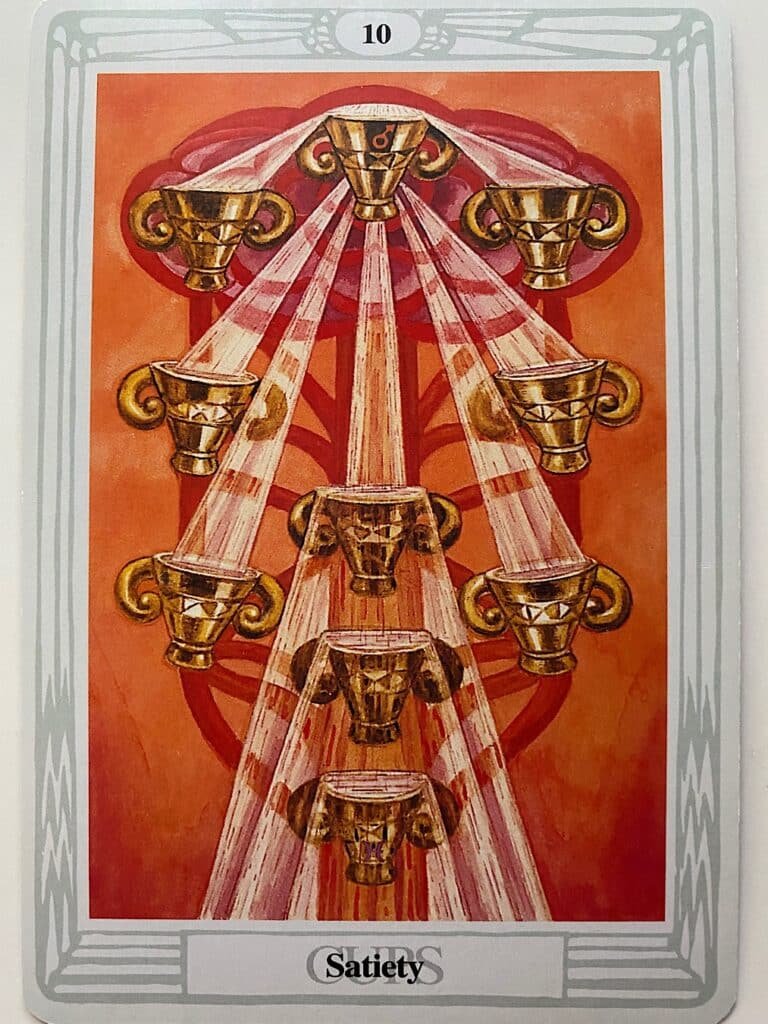 In the Thoth Ten of Cups, we see ten cups arranged in the form of the Tree of Life. But instead of a blue ocean, we see the fiery influence of Mars.

Moreover, the cups are titled, spilling their water.

As Crowley says, “The work proper to water is complete: and disturbance is due. This comes from the influence of Mars in Pisces. Mars is the gross, violent and disruptive force which inevitably attacks every supposed perfection. His energy displays the greatest possible contrast with that of Pisces, which is both peaceful and spiritualized.”

As we can see, Crowley has a decidedly more negative opinion on the Ten of Cups compared to the RWS.

Instead of happiness and celebration, we have Satiety. We are full, but perhaps too full. We have too much of a good thing.

From Book T – The Lord of Perfected Success

Hand, as usual, holding bunch of water-lilies or lotuses, whose flowers pour a white water into all the cups, which “all run over.” The uppermost cup is held sideways by a hand, and pours water into the left-hand upper cup. A single lotus flower surmounts the top cup, and is the source of the water that fills it. Above and below the symbols Mars and Pisces.

Permanent and lasting success and happiness, because inspired from above. Not so sensual as “Lord of Material Happiness,” yet almost more truly happy. Pleasure, dissipation, debauchery, quietness, peacemaking. Kindness, pity, generosity, wantonness, waste, etc., according to dignity.