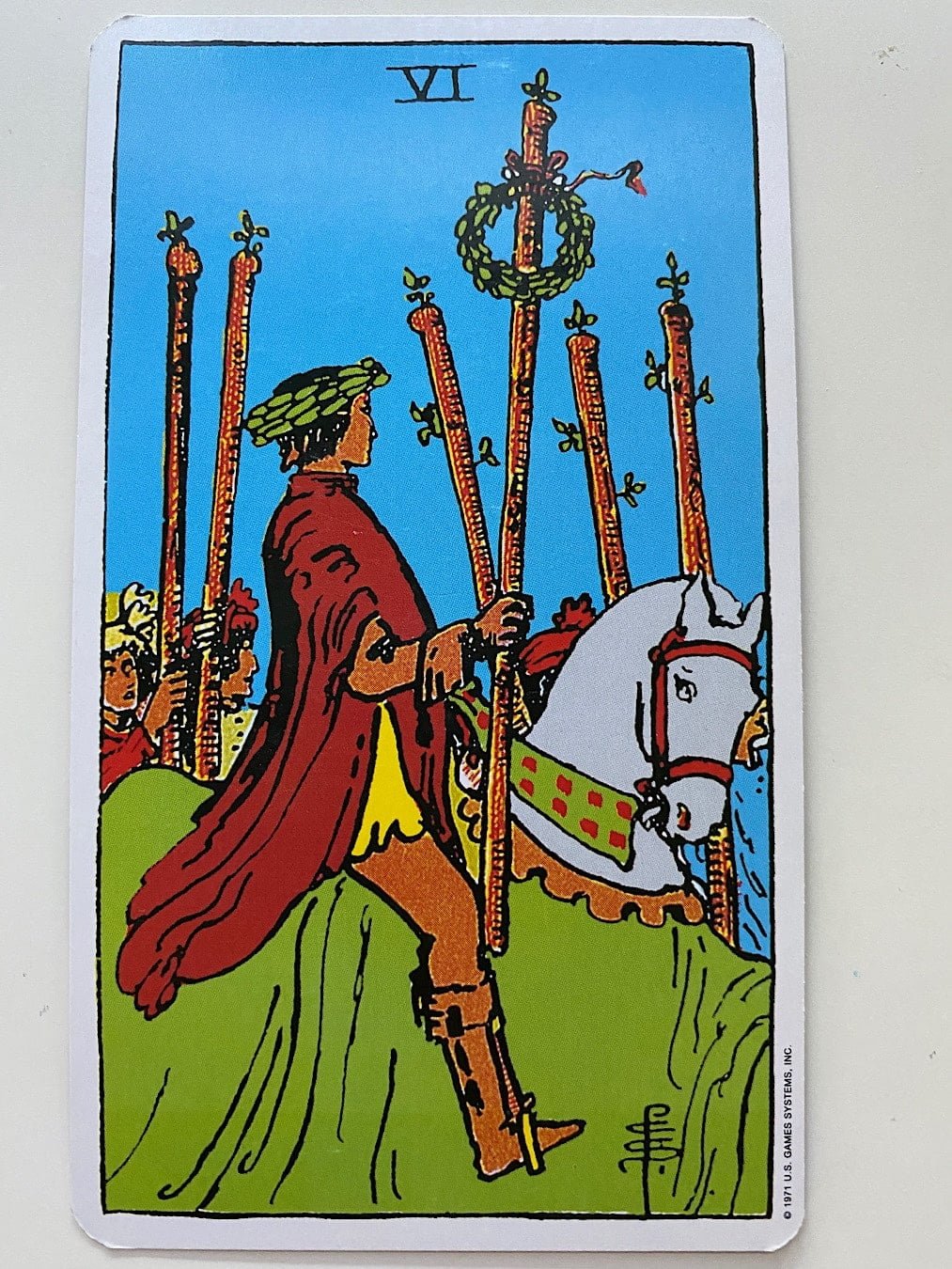 Jupiter: an expansion mechanism that amplifies the Fire of Leo and results in growth.

After trials and tribulations, the energy of Leo results in success and attainment.

In the RWS we see a man wearing a laurel riding through a crowd on a horse. The man is wearing a red cloak and the horse is wearing a green garment. The man is holding a wand, which has a green laurel of victory at the top.

This is a card of success. It speaks to well-deserved public praise. It speaks to the recognition of the greatness of your pursuits. But it is not mere flattery. It is applause for just deserts.

Jupiter, the great accelerator, only adds to this greatness, and thus the Six of Wands means great victory. 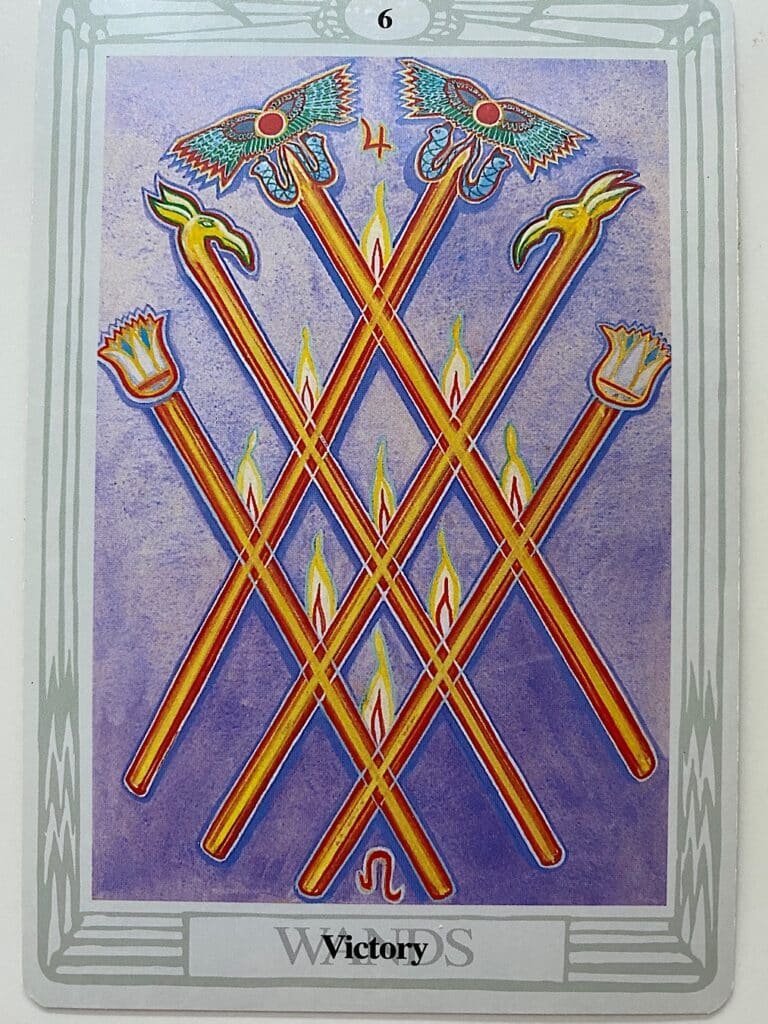 In the Thoth Tarot we see six fiery wands crisscrossed at an angle.

Crowley says, “This card represents Tiphareth of the suit of Fire. This shows Energy in completely balanced manifestation. The Five has broken up the closed forces of the Four with revolutionary ardour, but a marriage has taken place between them; and the result is the Son, and the Sun.”

Unlike the Four of Wands, the Six of Wands does not need a circle to enclose its energy to find balance.

It is fitting that at the top of the highest two wands we see the winged solar disc from Egyptian symbolism, a symbol of dynastic power. The winged sun is often depicted as the knob on the staff of hermes, which makes me think of the principles of hermeticism, which I connect to symbols like Baphomet and the “masculine/feminine” dynamic of androgyny, which is central to the symbolism of the winged egg. In the Thoth Tarot, the winged egg is a representation of Tiphareth, which is the balance between active and passive energy. It is the balance of the masculine and the feminine.

The “Son” is Christ himself. Like all sixes in the Tarot, Tiphareth represents the mythological ideal of Christ as the manifested, harmonious perfection of Kether. It is the balance of Oneness manifested between the duality of masculine and feminine.

As a message: fixate your energy and it will catch fire and grow into something beautiful.

From Book T – The Lord of Victory

TWO hands in grip as the last, holding six wands crossed three and three. Flames issue from the point of junction. Above and below are short wands with flames issuing, surmounted respectively by the symbols of Jupiter and Leo, representing the Decan.

Victory after strife: Love: pleasure gained by labour: carefulness, sociability and avoiding of strife, yet victory therein: also insolence, and pride of riches and success, etc. The whole dependent on the dignity.