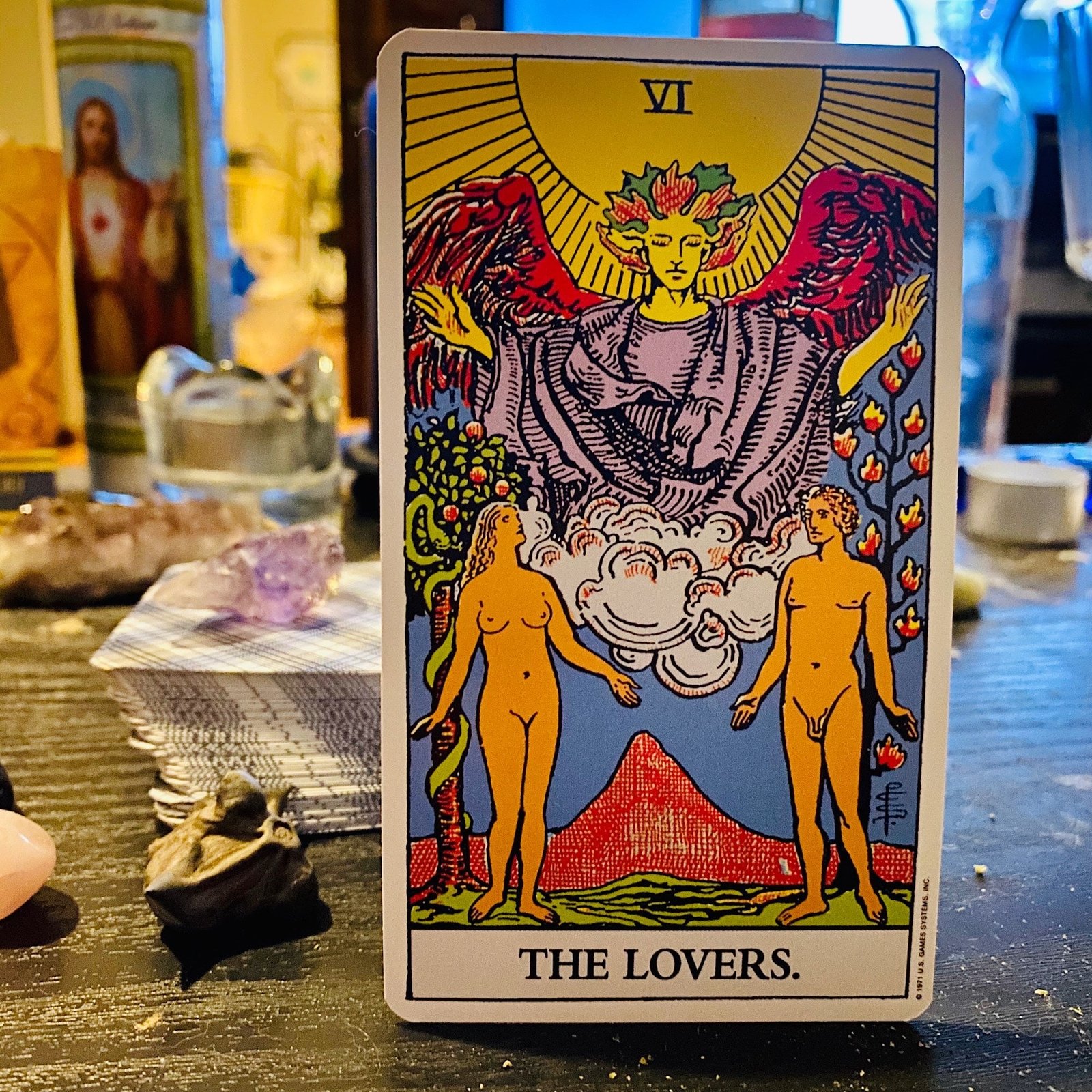 The Lovers card represents the Garden of Eden before the fall, with Adam and Eve both naked underneath the watchful eyes of an angel, with wings outstretched. Besides Eve we see the Serpent wrapped around a tree, the Tree of Knowledge of Good and Evil. Adam is looking directly at Eve while Eve looks upwards towards the Angel, suggesting that she is not consciously trying to tempt him. In the background is a singular mountain peak and a radiant sun. Their lack of self-awareness about being naked implies an innocence.

The angel is sending down his influence and thus suggests that the querent should be open to external guidance. It suggests harmony and duality between the two figures of the card. The Lovers doesn’t necessarily have to be about romantic love – it could represent the love between siblings or friends, for example. The clouds in the card suggest change is afoot in a relationship. 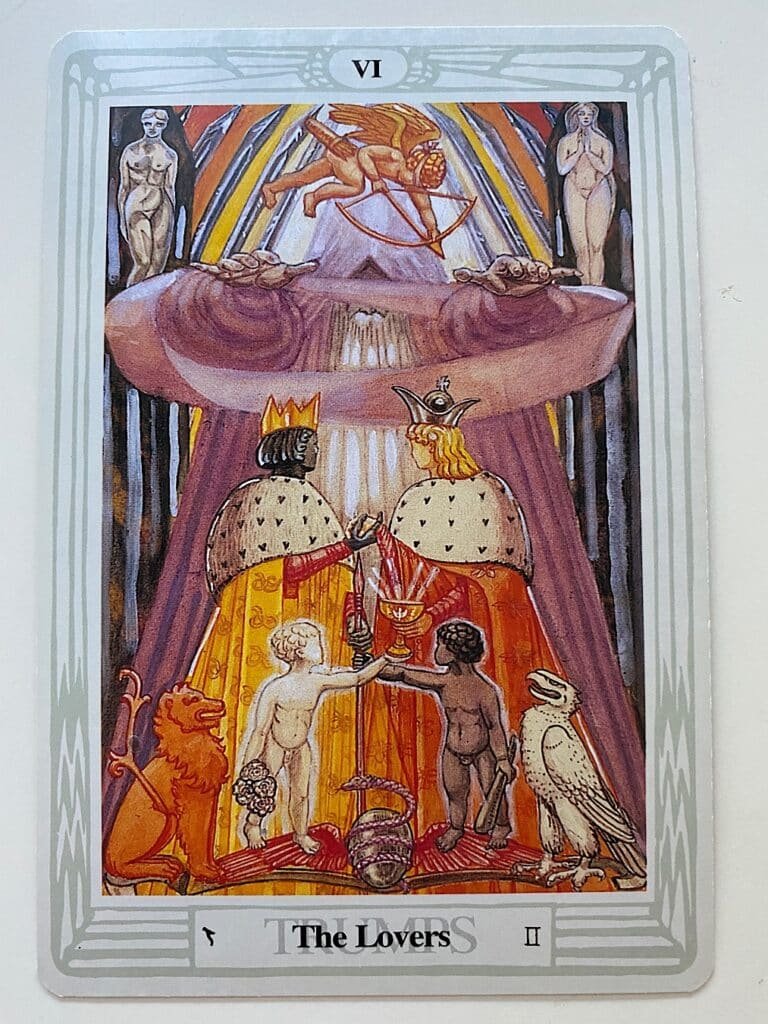 In the Thoth Lovers, if you hold it upside down, you can see the structure of the Tree of Life. 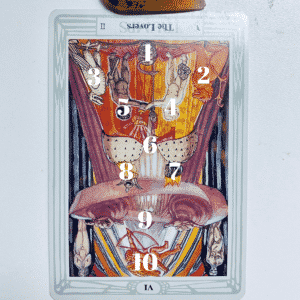 If you look at the Thoth card The Lovers upside down you can see the structure of the Qabalistic Tree of Life.

In the traditional Tree of Life the Lovers of Gemini, who are really twin siblings, not lovers, live in the Path between the feminine Image of God, Binah, who gives birth to the Twins who go on to find such perfection between shadow and light, active and passive, that they find completion and wholeness in 6, Tiphareth, where Beauty and Perfection assemble below the Abyss.

2. Chokmah. Father. The masculine face of God, the active force that precedes form.

3. Binah. The feminine face of God, ruled by Saturn, who gives form to energy, modulating it.

6. Tiphareth. Aligned with Kether, it is the perfect balance of energy. Ruled by Sol.

9. Yesod. Foundation. Ruled by the Moon. Tiphareth finds form in the Moon.

10. Malkuth. The material world. This is our material Self.

And speaking of alchemy, an important symbol in the Thoth Lovers is the Orphic Egg at the bottom of the card. As Lon Milo DuQuette describes it,

“Starting at the bottom of the card, we find the Orphic egg. It has wings as if it just flew in from the Magus card. In this beginning phase of the operation, it is just the latent seed of life. It sits between a white eagle and a red lion symbolic of the female and male components of our formula – the white and red tinctures of the Empress and the Emperor. Later, in the Art card, we will see the advanced stage of the operation – the red lion will turn white and the white eagle will turn red.” (Understanding Aleister Crowley’s Thoth Tarot)

The Lovers thus represents a state of consciousness, an idealized mode of the Soul wherein our passivity is balanced with activity, the negative space of a vessel realizing its potential in shaping the material poured into it.

In the Rider-Waite-Smith we see the feminine Pillar of the Tree of Life on the left and the masculine Pillar on the right, with a mountainous peak in the background pointing upwards up the Divine Realm, with the Crown of Kether, Oneness, represented by the Sun, which is also the ruler of Tiphareth, the Supernal balance incarnate in our world.