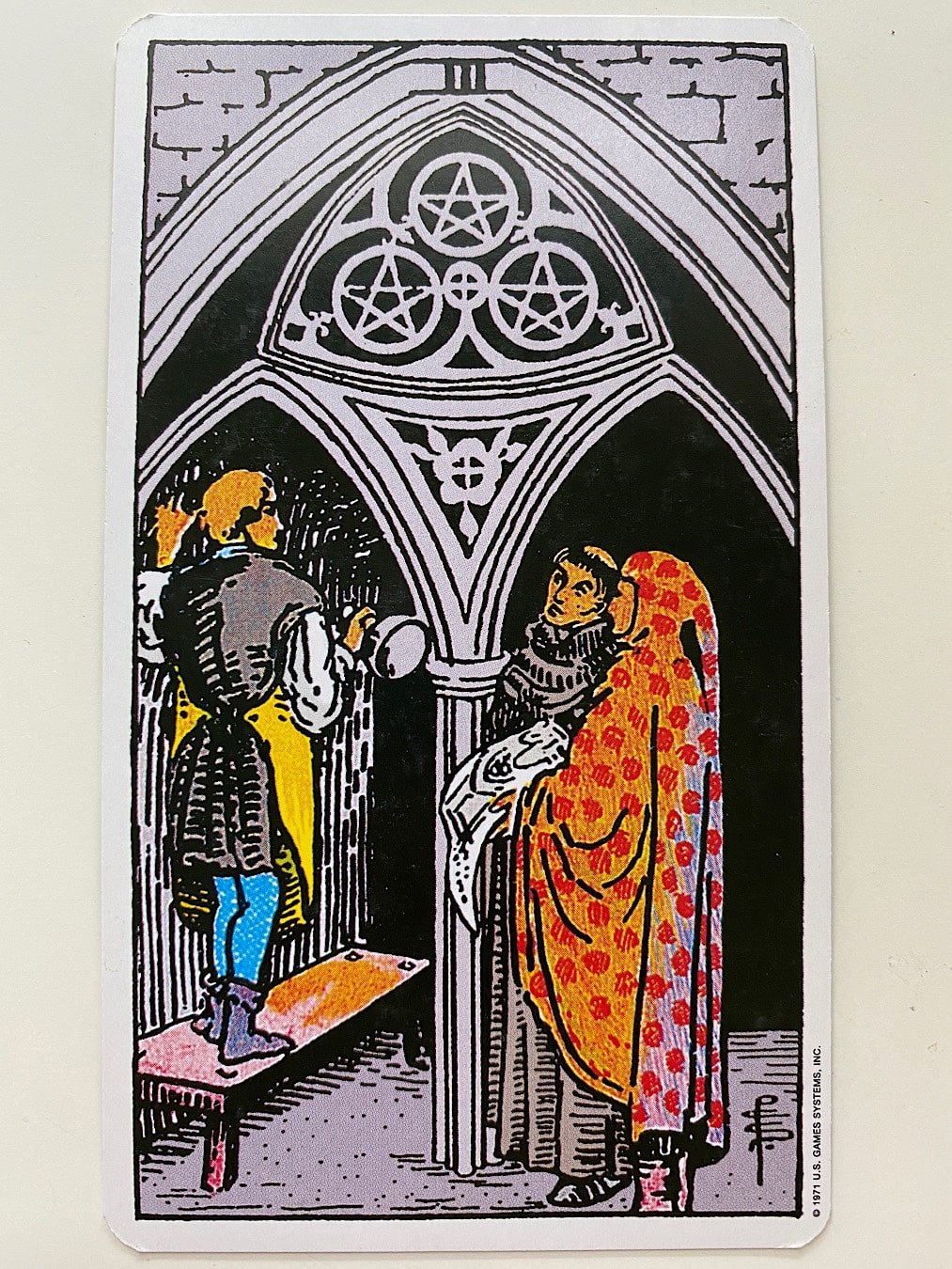 Keywords: craftsmanship, working together, improving skills, dedication to a craft

In the RWS we see three people working together in the construction of a gothic cathedral.

One man, a worker, is standing on a bench and actively laboring as an expert craftsman.

The other two people are standing beside the worker holding architectural designs.

One is a priest and the other is a woman wearing a garment of colorful red roses.

Here we can see the power of human cooperation and the specialization of trades.

The structure of the cathedral comes from a combination of force and structure. You need both matter and form to create beauty.

This card represents how thought and work cooperate to bring about complex structure. Without a plan, you cannot construct a cathedral. But without work, you will never be productive. 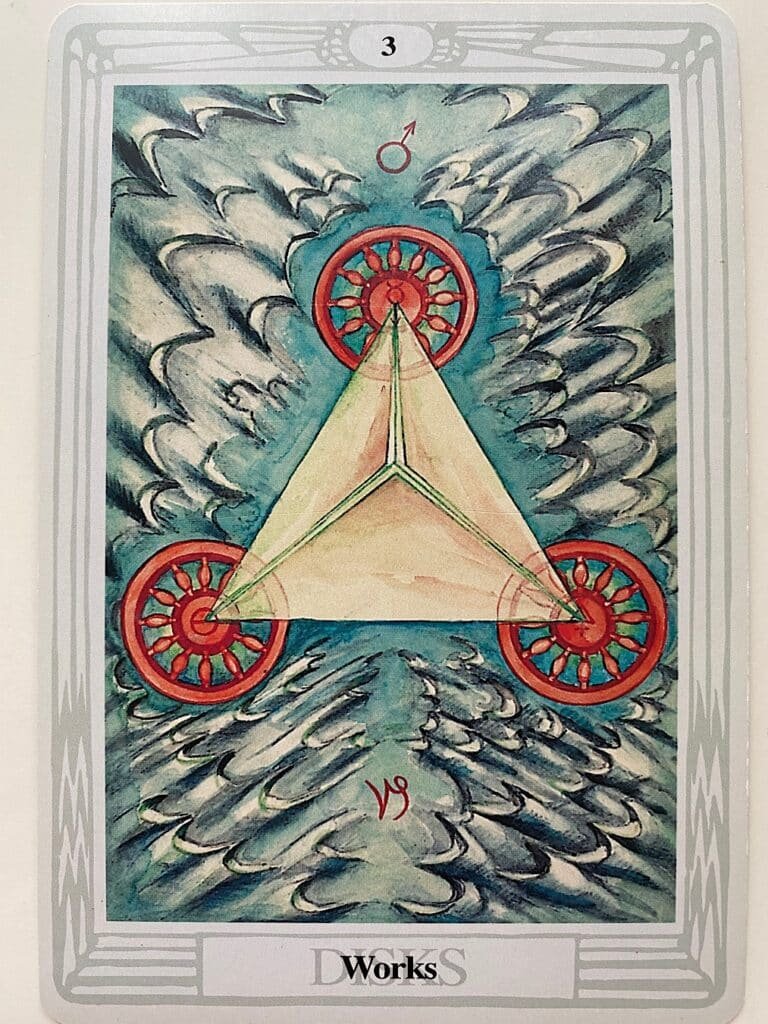 Mars energy exalted in Capricorn. Creative power funneled into the fertile Earth, watered by the Sea of the Mother, out of which spring Great Works, Pyramids of the Mind.

Crowley says, “The influence of Binah in the sphere of Earth shows the material establishment of the idea of the Universe, the determination of its basic form. It is ruled by Mars in Capricornus; he is exalted in that Sign, and therefore at his best. His energy is constructive, like that of the builder or engineer.”

Like the RWS card, the engineer requires both the forethought of careful planning with the exertion of physical labor.

For those in creative fields, it shows the importance of both education and work. You have to learn your trade. Master your craft. But you also have to exert the energy of Capricorn and the determined passion of Mars.

This is not a card of half-assed effort. Normally the energy of Mars can be destructive because of its violence. But the Three of Pentacles represents the fiery Mars channeled into a productive effort.

From Book T – The Lord of Material Works

A white-winged Angelic Hand, as before, holding a branch of a rose tree, of which two white rosebuds touch and surmount the topmost Pentacle. The Pentacles are arranged in an equilateral triangle. Above and below the symbols Mars and Capricorn.

Working and constructive force, building up, creation, erection; realization and increase of material things; gain in commercial transactions, rank; increase of substance, influence, cleverness in business, selfishness. Commencement of matters to be established later. Narrow and prejudiced. Keen in matters of gain; sometimes given to seeking after impossibilities.