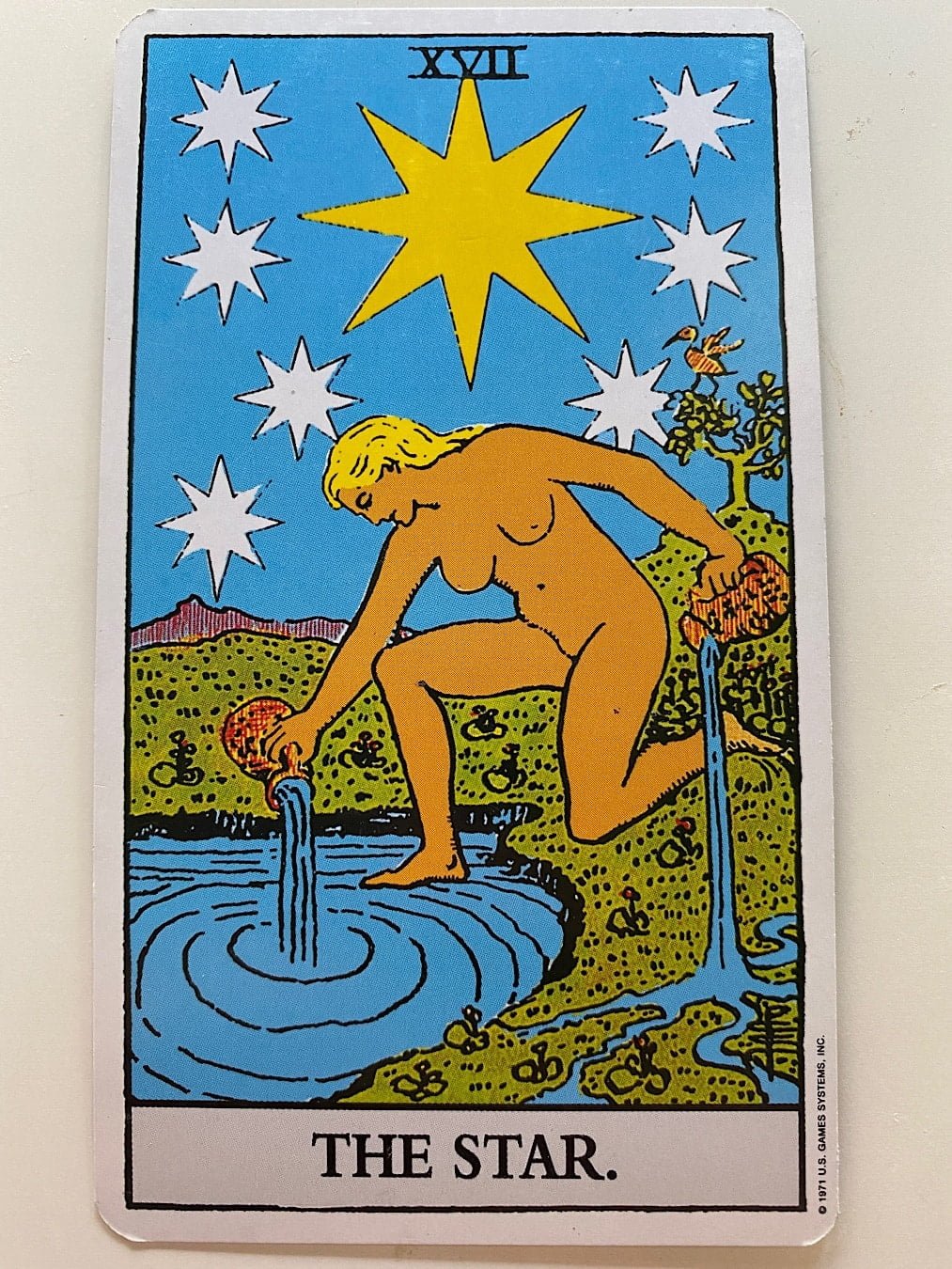 The Star of the Magi

In the sky are 8 stars. In the background is a bird in a tree, likely an Ibis, a symbol of Thoth and the Hermetic tradition.

The Star is generally considered a symbol of hope.

But she is also Aquarius, the water bearer.

The Aquarius spirit is characterized by intellectualism, high-mindedness, stubbornness, being a visionary, having a firm moral compass, social architecture. They are the Steve Jobs of the Zodiac: visionaries who are convinced their vision of the world is true. In terms of Myers-Briggs, they are most akin to INTJs, the “Masterminds” or “Architects” who architect the world according to an abstract vision.

And yes, an Aquarius is not devoid of emotion. Not at all. It is their passions that drive their intellectual vision. They are governed by their strong intuition. But it is not the creative, watery intuition of a Pisces. Rather, as a fixed Air sign, it is an intuition that is sharp, with angular features and a piercing quality.

Aquarius is a symbol of Reason, and yet, paradoxically, they embody the idea that Reason cannot work independently of emotion. An emotionless Aquarius is an Aquarius that is not quite whole. 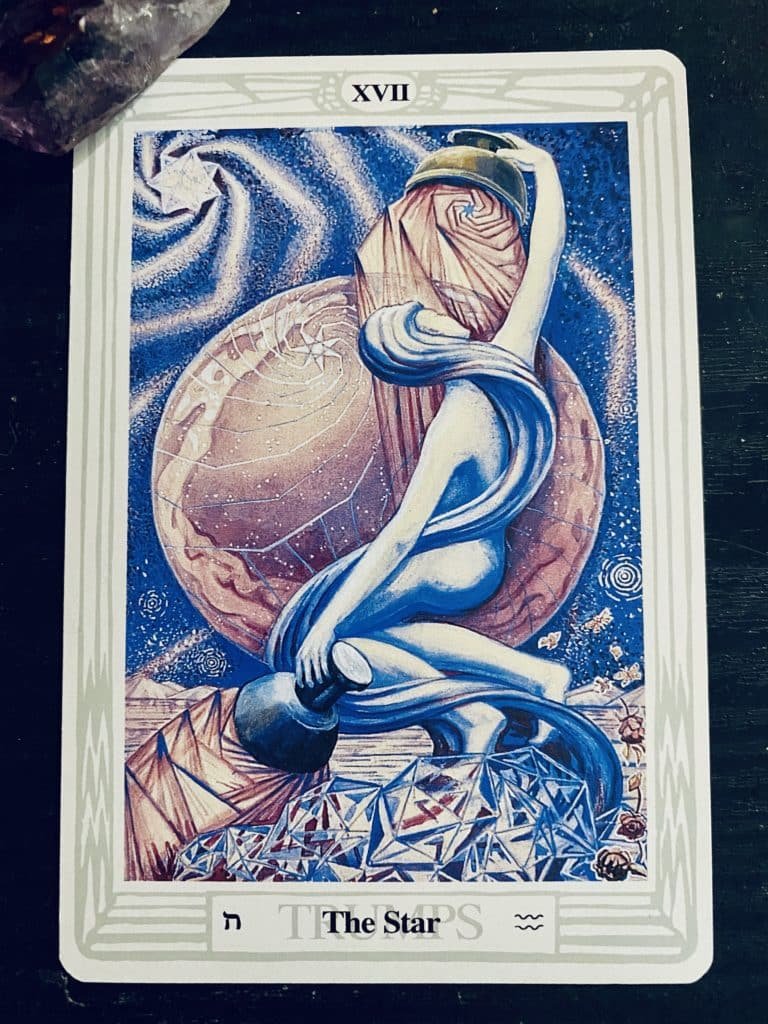 Symbolically the Star is supposed to be a representation of feminine Binah in the Tree of Life. The Great Mother and Antecedent to her feminine manifestation on Earth, the Empress.

The key point is reticulation. Which is about patterns and whorls being embedded in the structure, isomorphic to the structure of the heavens. This is the interplay between force and form, masculine and feminine.

In both cards, we see flowery growth from the life-giving energy of water. This represents the essential hope of the Star and the promise of the feminine.