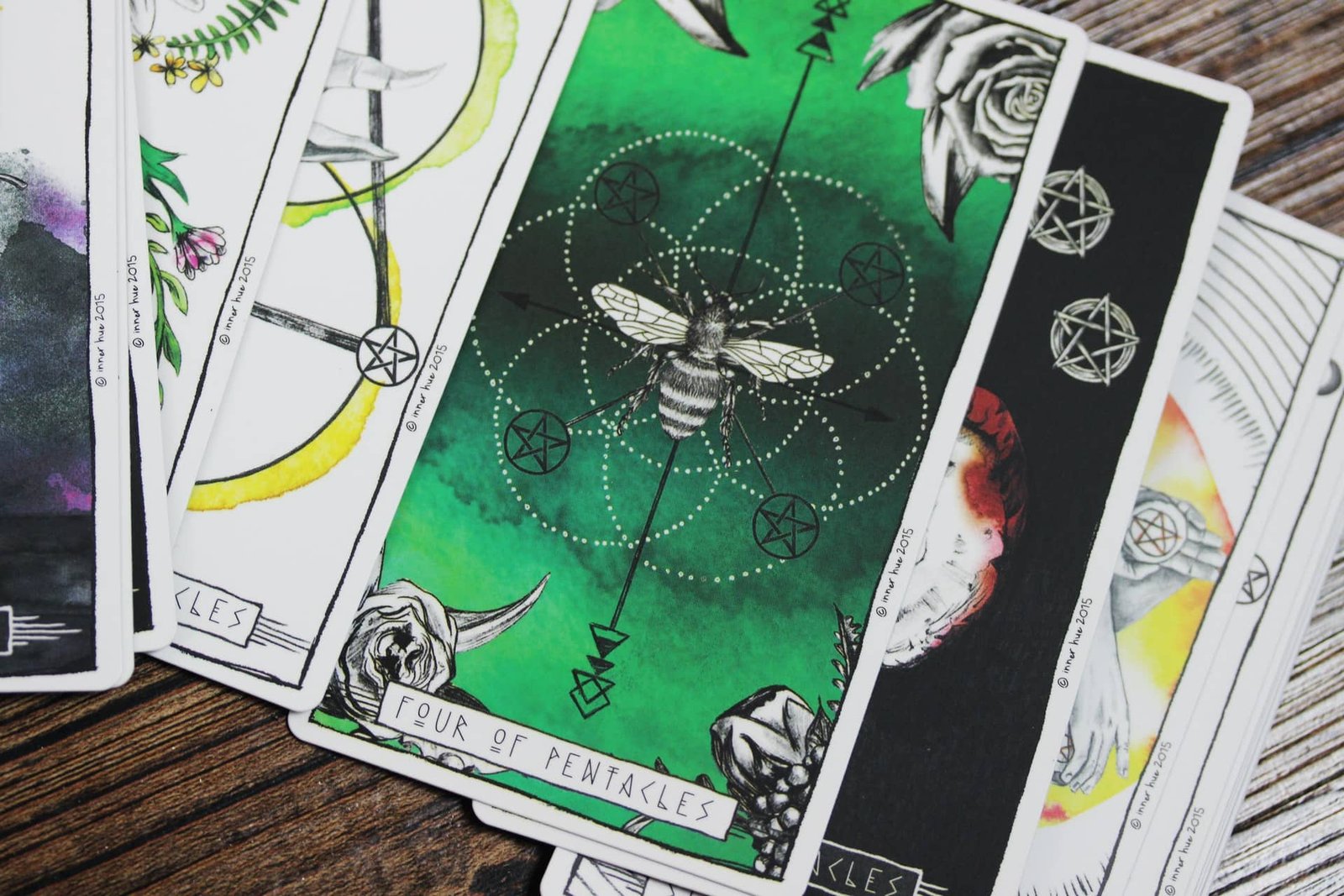 In her book Modern Tarot, Michelle Tea writes about how when she was first discovering the Tarot as a teenager she “Didn’t know how the Tarot worked its magic, but I didn’t feel the need to, either. There are many mysteries in the world, and I was thrilled to have a relationship with this one.” (p. 1) This attitude probably sounds familiar to a lot of people interested in the Tarot.

In other words, how does Tarot really work? A few special people are able to understand tarot from an almost instinctual, intuitive perspective. But most of us, upon looking at a spread of cards, are not suddenly inspired by the Tarot Muses with a profound interpretation. To the uninitiated, Tarot can seem darn right confounding.

Having found themselves in such a state of confusion, many Tarot students find themselves turning to a book or two, usually the one that comes with the deck. Within these decks they find 78 small sections with a short description along with “known” associations. Having a little bit more knowledge, the Tarot student then returns to the reading and repeats the meanings they have read from elsewhere.

Tarot is the same way. You have to do more than memorize definitions and associations to become fluent in Tarot. And it doesn’t necessarily require tapping into Divine Sources outside of the inherent Symbol System of the Tarot (though those can also play their own unique role in understanding the Tarot).

Instead of simply memorizing a list of correspondences and associations, to truly understand the symbols of Tarot, you need a working theory of the Tarot. Like all theories, it should make certain predictions, which can then be verified in an experimental way.

Or, it should explain the phenomenon of Tarot magic mechanistically, that is, in terms of a symbolic structure or mapping. What you need is a model of the 78 cards and how they relate to each other and other systems of background knowledge.

Furthermore, you should have at least some understanding of the history of that symbolic structure, where it came from, and what other systems of knowledge and assumptions it has been built on.

And what about that weird magic stuff? Is it even conceptually possible to give an explanation of something that is, by definition, magical?

In my opinion, the answer to all these questions is: yes and no. Any “theory” of the Tarot won’t look like the theory of relativity or the theory of evolution. Instead, it will look like a theory of symbols and thus have to be constructed at the explanatory level of symbols.

It will necessarily utilize other symbols to explain the symbolic structure of the Tarot, which is necessary for its unusual efficacy.

Thus, one of the goals of the Order as an educational society is to help Practitioners develop their own comprehensive theory of how Tarot works.

By “works”, I am referring to the subtle and dynamic way the 78 cards of the Tarot map onto the structure of human consciousness to enable a reliable form of psychic and metaphysical analysis i.e. spiritual growth.

Furthermore, there is a single thread running through these questions which concerns the art and “science” of magic: how do I use my Will to more deeply experience Truth?

Due to its fractal symbolism, any theory of the Tarot will necessarily be itself fractal and enigmatic, scraping together bits and pieces of many magical traditions and sources stretched across the span of centuries.

A Tarot Theorist will thus proceed in their “proof” the same way a detective works to build up a case: by taking a thumbprint from this wall, gathering a little bit of blood there, and using their theoretical knowledge to make an inference to the best explanation.

To make progress towards my own understanding, I will thus be scraping together evidence for my theory of the Tarot from a myriad of esoteric and philosophical sources: Astrology, Qabalah, Hermeticism, Mythology, paganism, Gnosticism, and relevant to this Essay: Deleuzian metaphysics.

In Deleuze and Guattari’s book A Thousand Plateaus they develop a concept of metaphysical objects being understood, not as Platonic Forms or Propositional Representations in the mind (i.e. beliefs and desires), but rather, as stratums, layers, belts, whorls, and swarmings of content and expression. It is an attempt to overcome the historical walls built between our interior life and the universe we live in.

That is to say, our concepts relating to ourselves and the world are best thought of not as logical at all, or at least not exclusively logical, but rather, as geological, or, relating to variable rates of sedimentation and erosion in a rhizomatic bed of molecular potential and molar sediments.

And because so much of the without is geological, Deleuze and Guattari develop what they call a “Geology of Morals,” a nod to Nietzsche’s work A Genealogy of Morals, which was itself an attempt to humanize and thus historicize the traditional Platonism of Moral Ideas.

Tarot cards as Plateaus corresponds to Crowley’s description of Tarot cards as “living individuals” (Book of Thoth, p. 249). In Deleuzian terms, the Tarot cards are strata or sediments of the Earth, locked into a stable equilibrium of symbolism, but are at the same time “living”, with an inherent potential to deterritorialize and re-articulate into another sediment, another shuffle of the cards.

These Plateaus, or stable resonances, might be what Crowley is referring to when he says, “The Holy Qabalah is a system of classifying the Beings, By-comings, Thoughts, Monads, Atoms, Waves, Packets of Energy, Ideas, or whatever one chooses to call them; of memorizing, discussing and manipulating the Relations between them.” (Book of Thoth, p. 265)

The rhizomatic structure of the 78 Tarot Cards acts as a metaphor for how each card can seemingly stand alone as a Pure Symbol in itself (a sediment, or molar reality) but also deterritorialize into a unique potentiality relative to the randomness of any given shuffle of the cards (molecular potential).

Deleuze’s “Geology of Morals” can thus be used as an explanatory model for the multi-layered, cross-cultural structure of Tarot symbols: any given random shuffle of 78 cards produces a narrative that is both exact enough to qualify as transpersonal and thus dynamic enough to produce psychic and spiritual resonance.

In other words, the symbolic structure of the Tarot is so finely balanced that it is both a perfect closed system of magical correspondence and a powerful instrument of self-reflection. Wielded together they enable insight into the structure of mind, body, and spirit.

What is the astral plane?