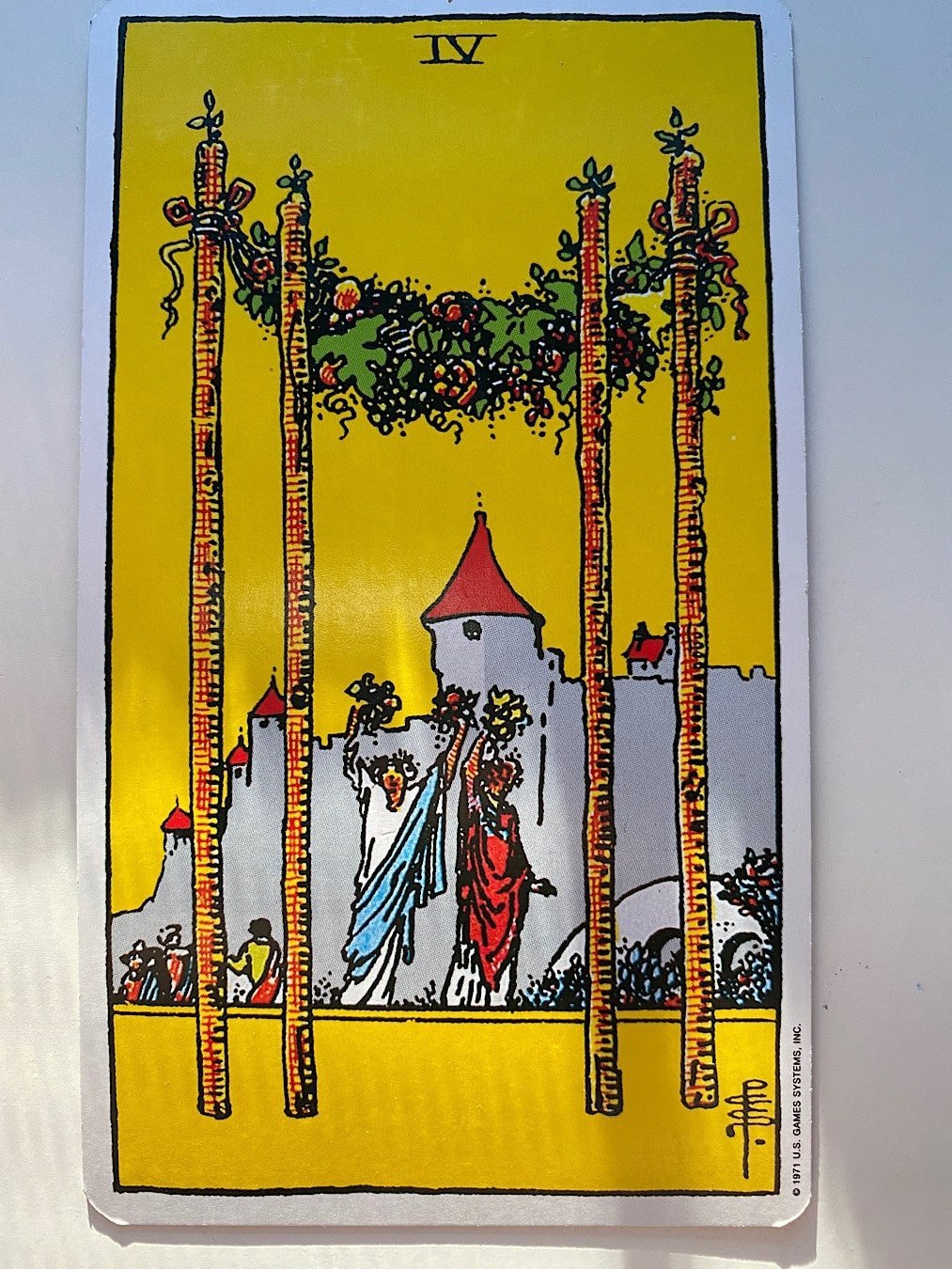 In the RWS we see four wands in the foreground, in a square formation, with a green, lush canopy of flowers as a roof. In the background are two people celebrating. The background is yellow, the color of consciousness.

For me, this is a card of home. The foundations of domesticity. It reminds me if a couple getting married and about to start their home.

Fours are all about stability but in this card, it is not the dead, stable Earth, but rather, stable Fire. It is our passions resting at home, recuperating in the loving embrace of our closest relationships. It is the Aries at home in comfort and happiness after a long day of exerting himself. 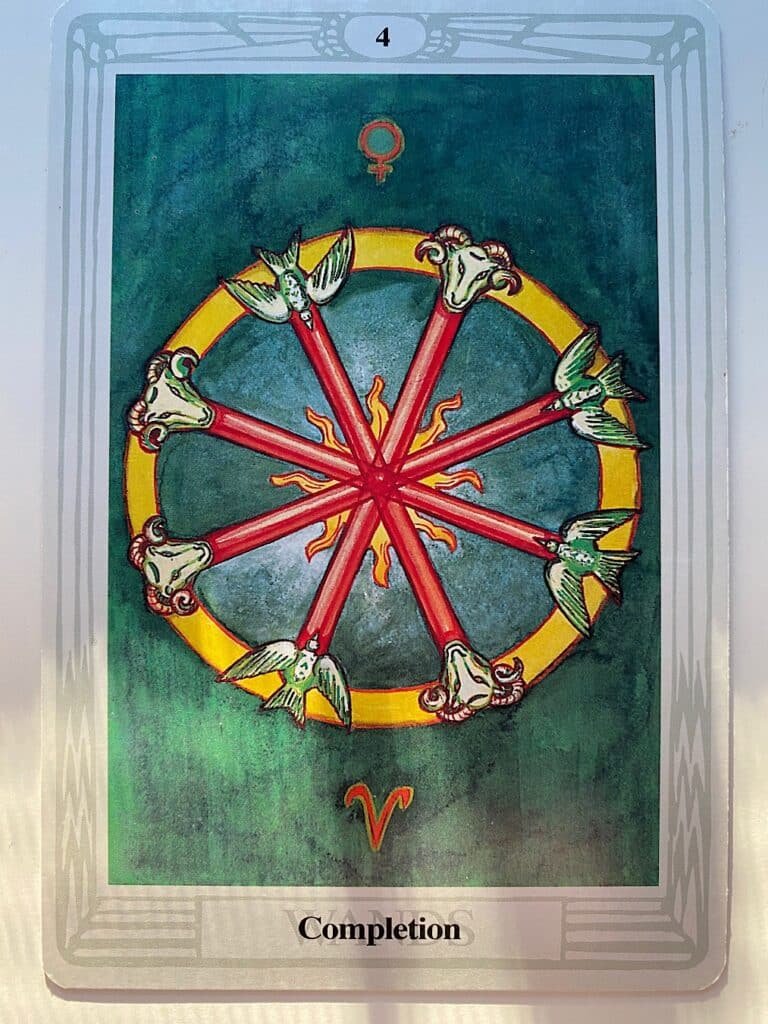 In the Thoth Four of Wands we see four red wands crisscrossed inside of a yellow circle. On the end of each wand, there is a dove and a ram.

As Crowley says, “This card refers to Chesed in the suit of Fire. Being below the Abyss, it is the Lord of all manifested active Power. The Original Will of the Two has been transmitted through the Three, and is now built up into a solid system: Order, Law, Government. It is also referred to Venus in Aries, which indicates that one cannot establish one’s work without act and gentleness.”

The dove thus represents the modulating influence of Venus.

Unlike the RWS, which suggests order at home, the Thoth card represents more the Order of society itself. Chesed is often considered akin to the Demiurge. Thus, the Four of Wands is the Creator of Order. He gives order to the shapeless matter, providing structure and regulation.

The solidity of the system, enclosed within the circle, shows that the Will of Aries is in total balance. There is no need to increase the scope of the Will beyond the circle. Ominously, Crowley suggests that “this limitation bears itself in itself the seeds of disorder.”

This is poignant because, as always, we cannot understand the meaning of any Tarot card in isolation. We must understand its relation to the whole sequence of the Wands, where, recall, the Ten of Wands ends in oppressive burden.

From Book T – The Lord of Perfected Work

Two White Radiating Angelic Hands, as before, issuing from clouds right and left of the card and clasped in the centre with the grip of the First Order, holding four wands or torches crossed. Flames issue from the point of junction. Above and below are two small flaming wands, with the symbols of Venus and Aries representing the Decan.

Perfection or completion of a thing built up with trouble and labour. Rest after labour, subtlety, cleverness, beauty, mirth, success in completion. Reasoning faculty, conclusions drawn from previous knowledge. Unreadiness, unreliable and unsteady through over-anxiety and hurriedness of action. Graceful in manner, at times insincere, etc.