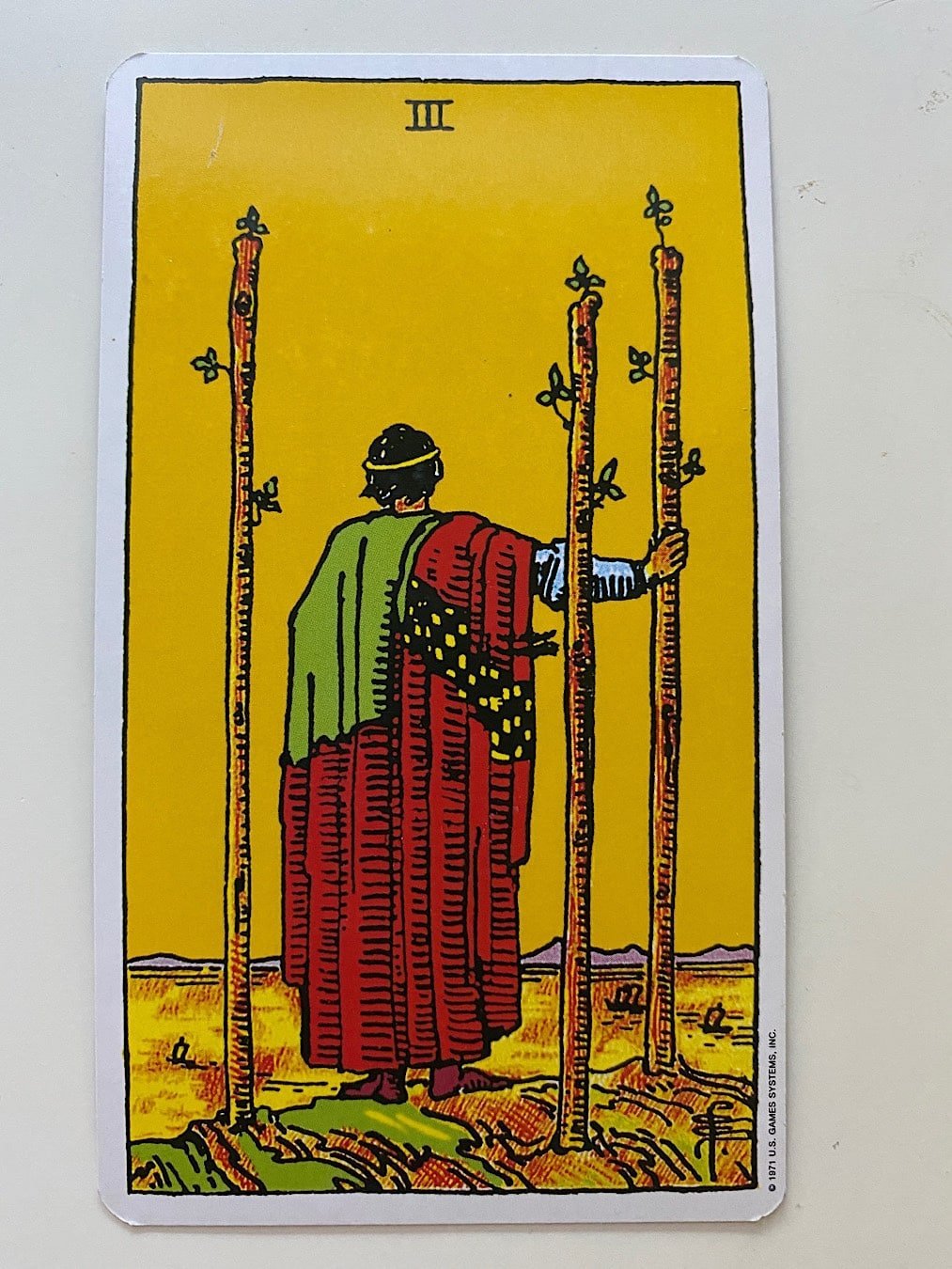 Sun in Aries – Sun is exalted in Aries

In the RWS we see a man in a red, green, and yellow-and-black-checkered cloak standing in between two wands and holding a third to his right. The sky is yellow, the color of consciousness.

Below him is a yellow sea with mercantile ships moving across.

He is the Lord of his Domain.

As the Sun in Aries he is full of productive energy. He is a leader. Exalted in the Sun, he is also a wise and just leader, virtuous in his ambitious pursuits.

He is a symbol of manifestation. But it is not an idle manifestation of wishful thinking. His reality was carefully selected by the influence of his own fiery energy.

Above all the man is confident in the execution in his will. He is determined to see things through. And he has the personal capacity to do so. 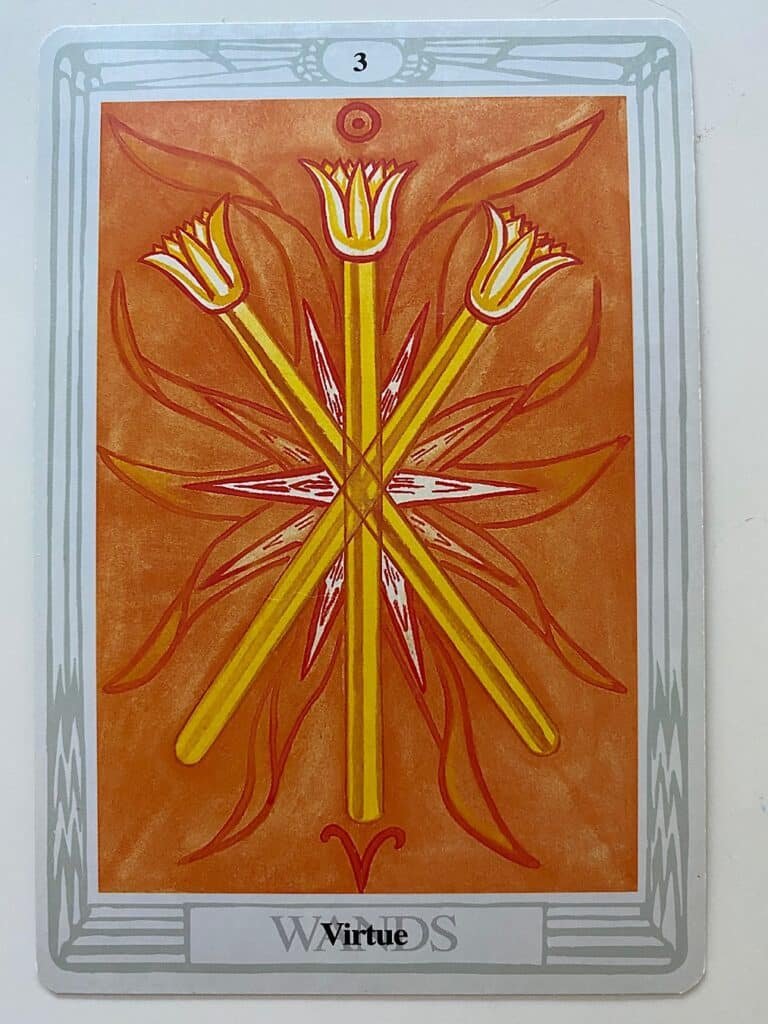 The Three of Wands is Sol in Aries or what Crowley calls Virtue. In the Tree of Life it is Binah, or, Understanding, the Queen. It is the Idea of Wands made fertile. It is Fire realized in the final stage of the Supernal Triad.

The Sun is exalted in Aries. The Fire of the WIll is connected to the Motherly Queen, who will give birth to the World. It is energy primed for birth and manifestation.

This card represents harmony in Will and personality. It takes your energy and shapes it, preparing it for actualization. It tempers your desires and gives you Understanding of the Sacred.

Crowley says, “This card refers to Binah in the suit of Fire, and so represents the establishment of primeval Energy. The Will has been transmitted to the Mother, who conceives, prepares, and gives birth to, its manifestation.”

From Book T – The Lord of Established Strength

A white Radiating Angelic Hand, as before, issuing from clouds and grasping three wands in the centre (two crossed, the third upright). Flames issue from the point of junction. Above and below are the symbols Sun and Aries.