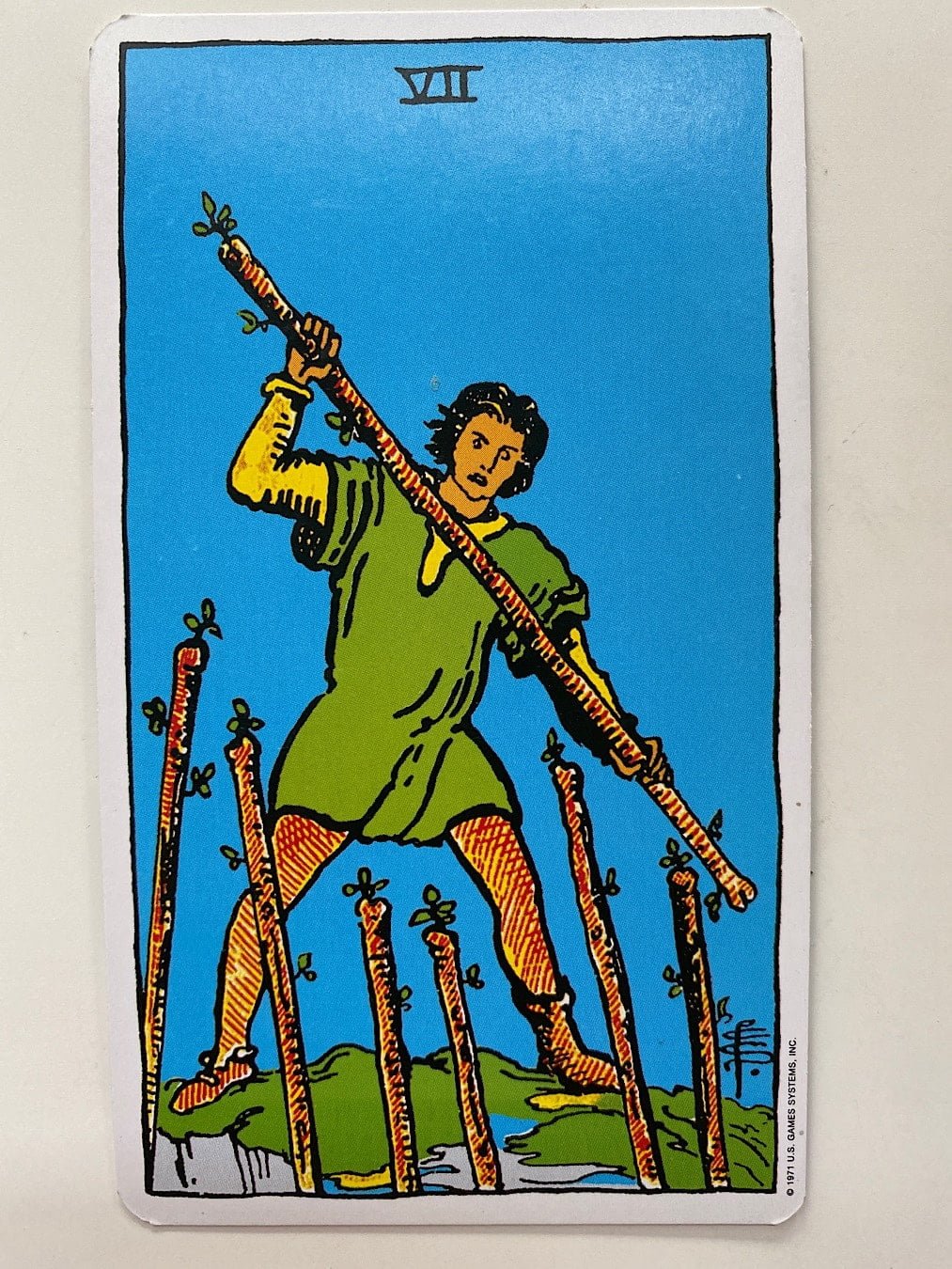 In the RWS we see a man in a green tunic pressed against the edge of a cliff, using a wand to fight off six wands attacking him.

This is a card of opposition and challenge. The road to completion is never easy and after the success of the Six of Wands we find our Hero faces a difficult challenge.

And yet the man does not back down. He is strong, courageous, and his Will determined. Although he is outnumbered he is not the type to give up.

He is the archetype of the eternal Rebel who stands up against the overwhelming authority pressing him down, like the Satan of Romantic literature standing up to the corrupt authority of God, despite the uneven odds of such a fight.

Representing Mars in Leo, we see the warlike Mars, filled with violent, combative energy, modulating the proud determination of Leo. 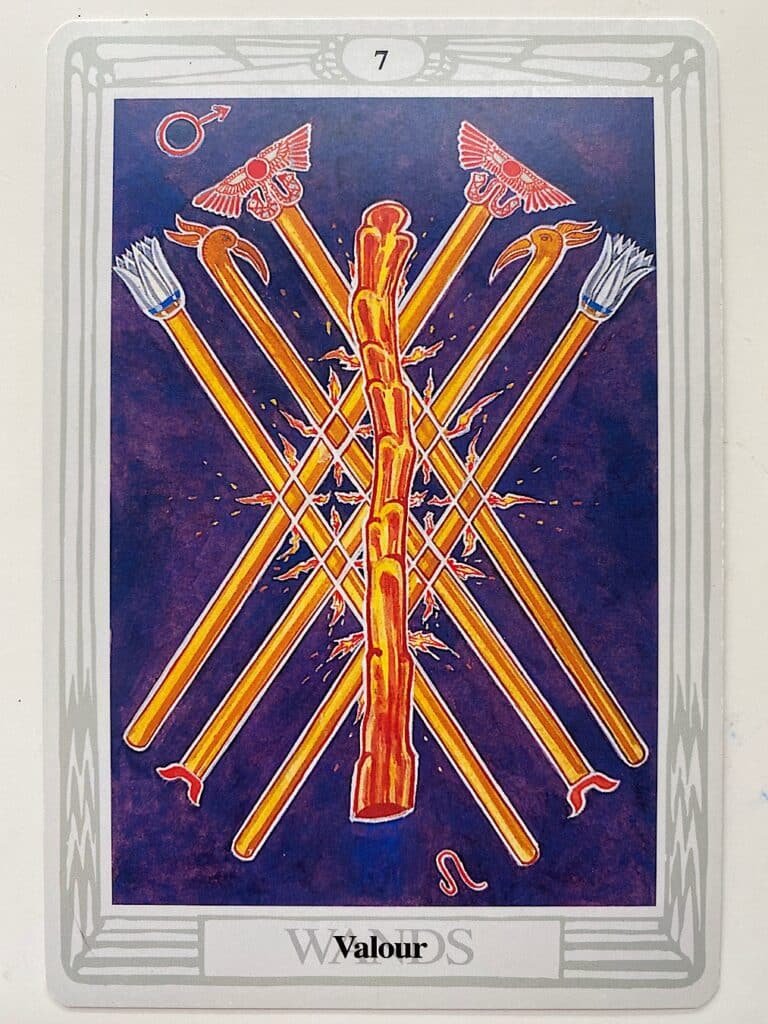 In the Seven of Wands, we see the same six fiery wands of the Six of Wands. However, in the middle is the 7th wand, a fiery source of imbalance and energy.

Crowley says, “The Seven is a weak, earthy, feminine number as regards the Tree of Life, and represents a departure from the balance so low down on the Tree that this implies a loss of confidence.”

However, it is important to realize that Crowley was notorious for being a misogynist so I am hesitant to assent to his assessment that the Number 7, being the sephiroth of Venus, is inherently “weak.”

One does not need to be active and forceful to be strong. Consider the power of a slow, peaceful river to wear down the hardened rock given enough time.

However, in Qabalistic theory, the 7 is indeed less balanced than the 6 of Tiphareth. So there is instability. But not from any weakness intrinsic to femininity. Rather, it is from the imbalance of Mars energy upsetting the otherwise modulating influence Venus would have on Leo.

From Book T – The Lord of Valour

Two hands holding by grip six wands, three crossed. A third hand issuing from a cloud at the lower part of the card, holding an upright wand which passes between the others. Flames leap from the point of junction. Above and below the central wand are the symbols of Mars and Leo, representing the Decan.

Possible victory, depending on the energy and courage exercised; valour; opposition, obstacles and difficulties, yet courage to meet them; quarrelling, ignorance, pretence, and wrangling, and threatening; also victory in small and unimportant things: and influence upon subordinates.

Netzach of HB:Y (Opposition, yet courage).