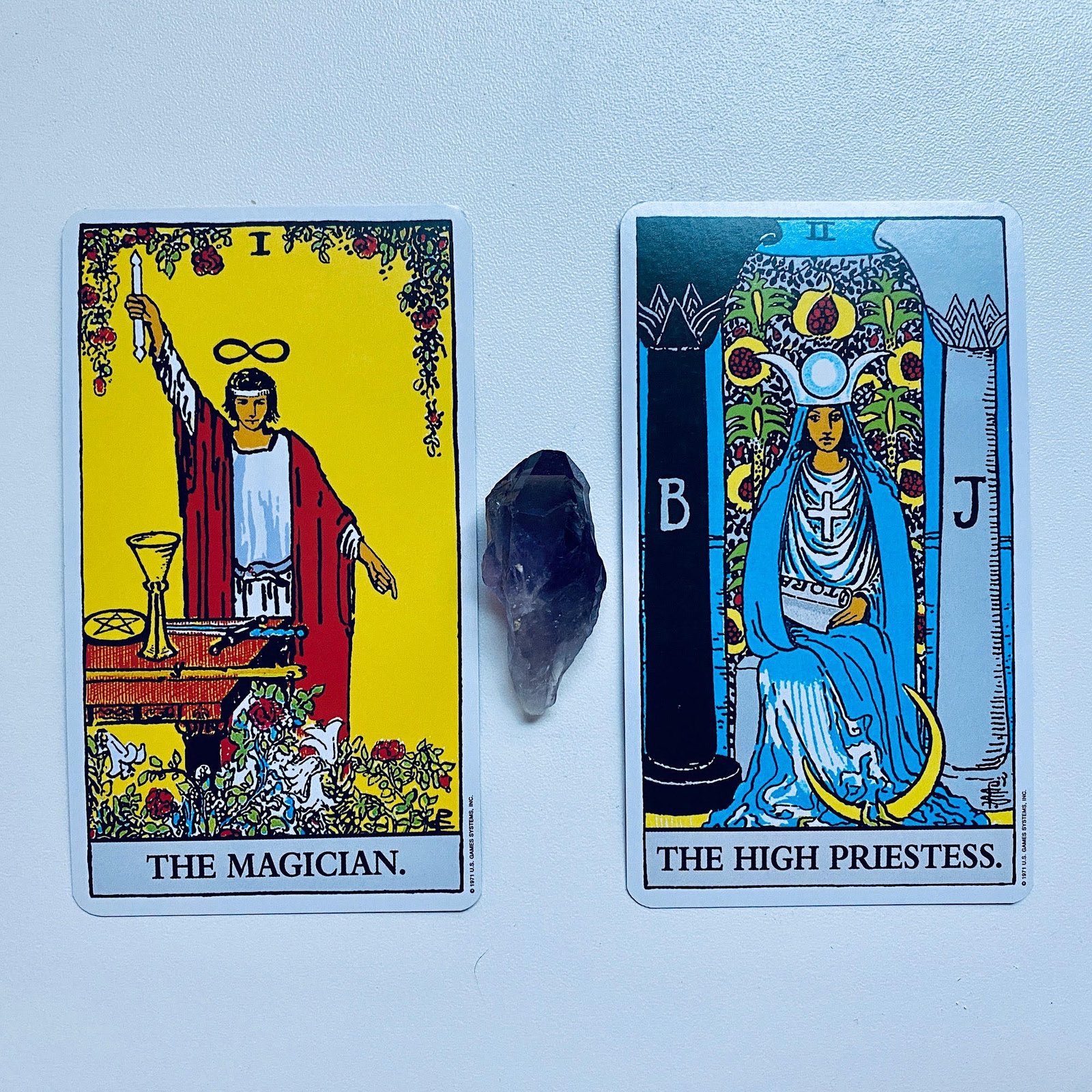 Often you hear tarot readers talk a lot about masculine and femine energy while doing tarot readings. What does this mean? If the Queen of Cups represents feminine energy does that mean it is indicative of women or only applies to women? Not at all! There are masculine women and feminine men and everything in between and beyond and gender expression is not reducible to our actual genders.

In other words, the queens and kings of the tarot do not represent women and men but rather ways of being or modes of expression. Now, these ways of beings are tied down to stereotypes associated with each gender but it is not necessary (or desirable) to essentialize them in this way. So while the feminine principle is receptive and the masculine principle is active, this does NOT equate to the formula that women are receptive and men are active. The corresponds to the ancient dualism between yin (feminine/passive) and yang (masculine/active), a dualism, which, exists to some extent in all our psyches regardless of gender.

It does not imply anything about your birth sex or your gender. It is merely a way of describing your personality and general mode of expression.

This dualism is all about reciprocity. You cannot have feminine without masculine and vice versa, just like you can’t have front without back, top without bottom. They correspond to a mutual whole. Like a wave rippling across the top of a pool of water, you can’t have the top of the wave without the bottom of the wave.

This is also true in the tarot. Most people seem to have elements of both the feminine and masculine within themselves. No one is 100% masculine or 100% feminine.

What about nonbinary people or agender people who identify outside of the gender binary? Where do they fall into this dualism?

In my opinion, the binary of gender (man vs woman) is different from the dualism of active vs passive energy (masculine vs feminine). While I do believe it is perfectly coherent to identify outside of the gender binary and negate it, the dualism of active/passive energy applies to everyone to some extent, although some people might realize or embody such principles in such unique ways that they exist completely outside the normative categories of societies.

3 thoughts on “Gender and the Tarot”