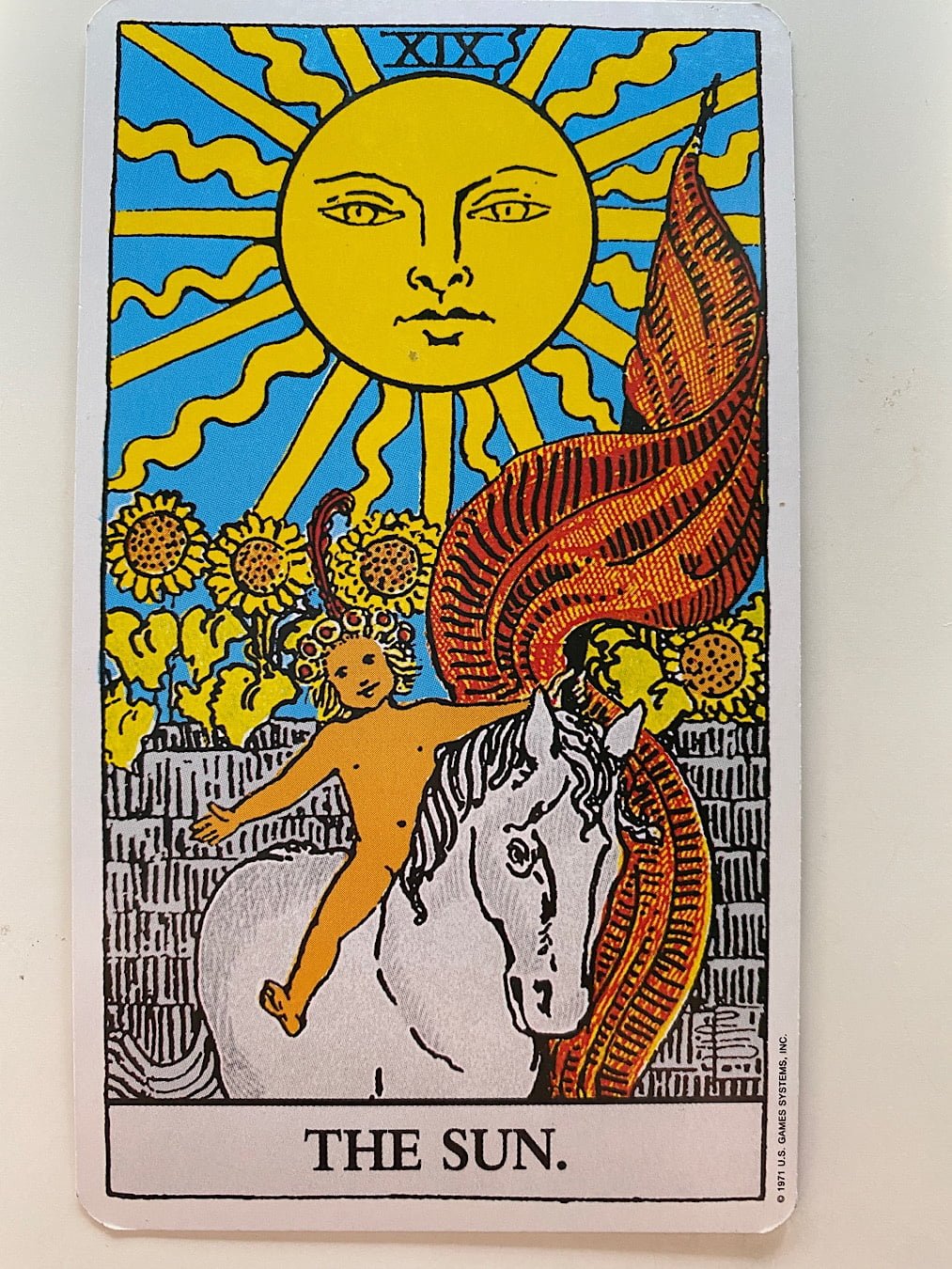 A.E. Waite’s version shows a single child riding on a horse out of the garden but apparently the original version was two children playing in a garden. Why did he make these changes? It’s unclear.

Regardless, the Sun is generally a card of good tidings. It is a card of joy and happiness, reminiscentt of pure, childlike wonder. It evokes the feeling of pleasure of stepping into the warm sunlight after a cold, dark night.

There are 21 rays shooting out from the Sun, with the Sun itself represented 0, the 22nd Card, the Fool. Thus, the Sun connects to the pure sense of holy positivity exuded by the Fool as he frolics in the Sun.

The sunflowers are a symbol of generativity and growth, as the Sun is the essential ingredient in all life itself. It is the positive, masculine force in the alchemy of the Tree of Life; it provides the energetic “force” that stimulates the receptive Earth to grow the vegetation necessary for life.

In The Pictorial Key to the Tarot, Waite says, “It is the destiny of the Supernatural East and the great and holy light which goes before the endless procession of humanity, coming out from the walled garden of the sensitive life and passing on the journey home. The card signifies, therefore, the transit from the manifest light of this world, represented by the glorious sun of earth, to the light of the world to come, which goes before aspiration and is typified by the heart of a child.”

The “walled garden of sensitive life” is the material boundaries on our life as connected to the vegetative nature of biological life.

But the Sun also represents the spirituality of our active consciousness, which stands in contrast to the reflected light of the moon, representing our more subliminal aspects. 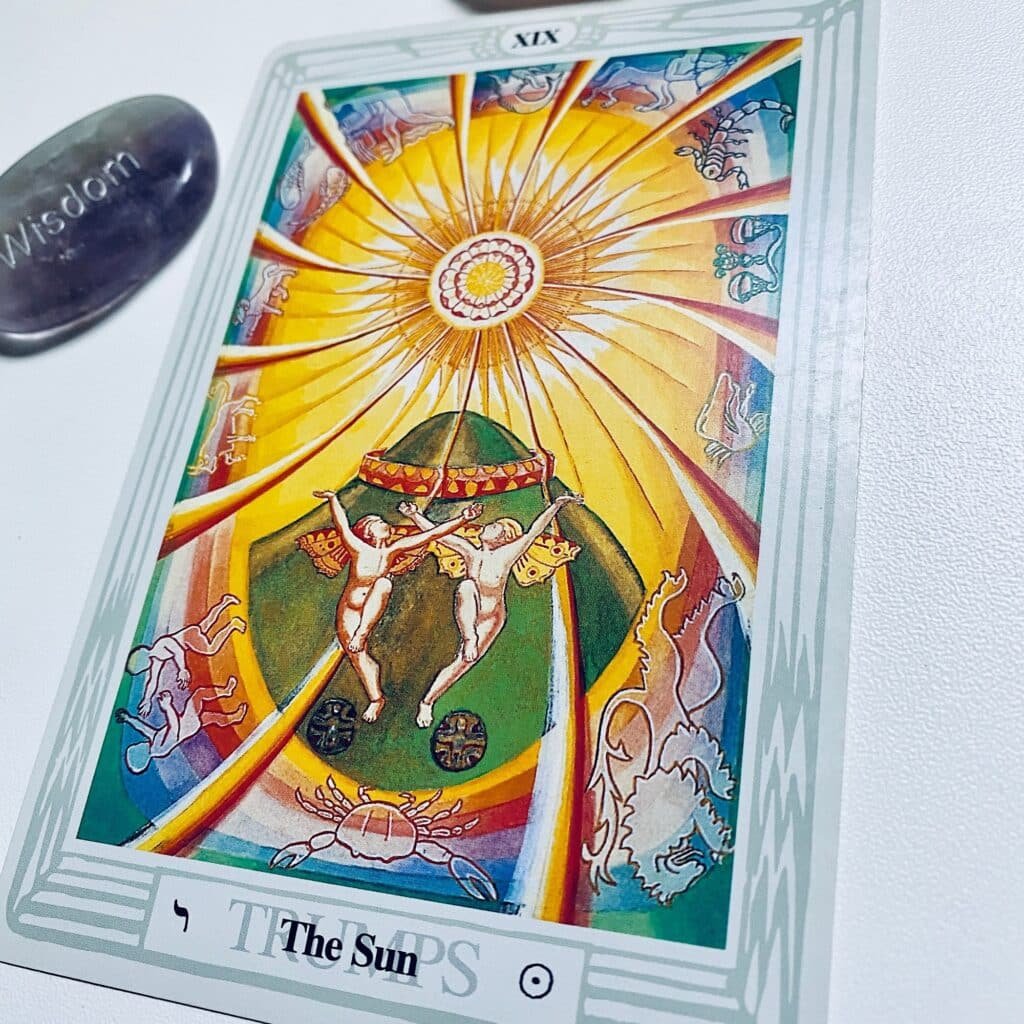 For Crowley, the image of this Card is “the complete emancipation of the human race.”

This is fitting because the Sun is a symbol of Tiphareth, the Christ-center, the Redeemer, the Equilibrium between all opposing dualities.

Around the card is a symbol of the Zodiac, a representation of the infinite space of Divinity manifested into difference and repetition.

The Twin children are from the Lovers, representing the feminine and masculine aspects of the Self. For Crowley their Eternal dance represents freedom.

The 12 rays of the Sun are the twelve Zodiac signs.

The Sun represents the idea of the Rose and the Cross, where the cross is the human body and the rose the unfolding and evolving layers of the human consciousness.

The wall around the green mound represents the idea of the Rosy Cross still being in effect in the terrestrial realm, albeit transformed into something “rich and strange.”

On the whole, the card represents the omnipresent quest of the human soul to evolve into higher dimensions of spirituality.