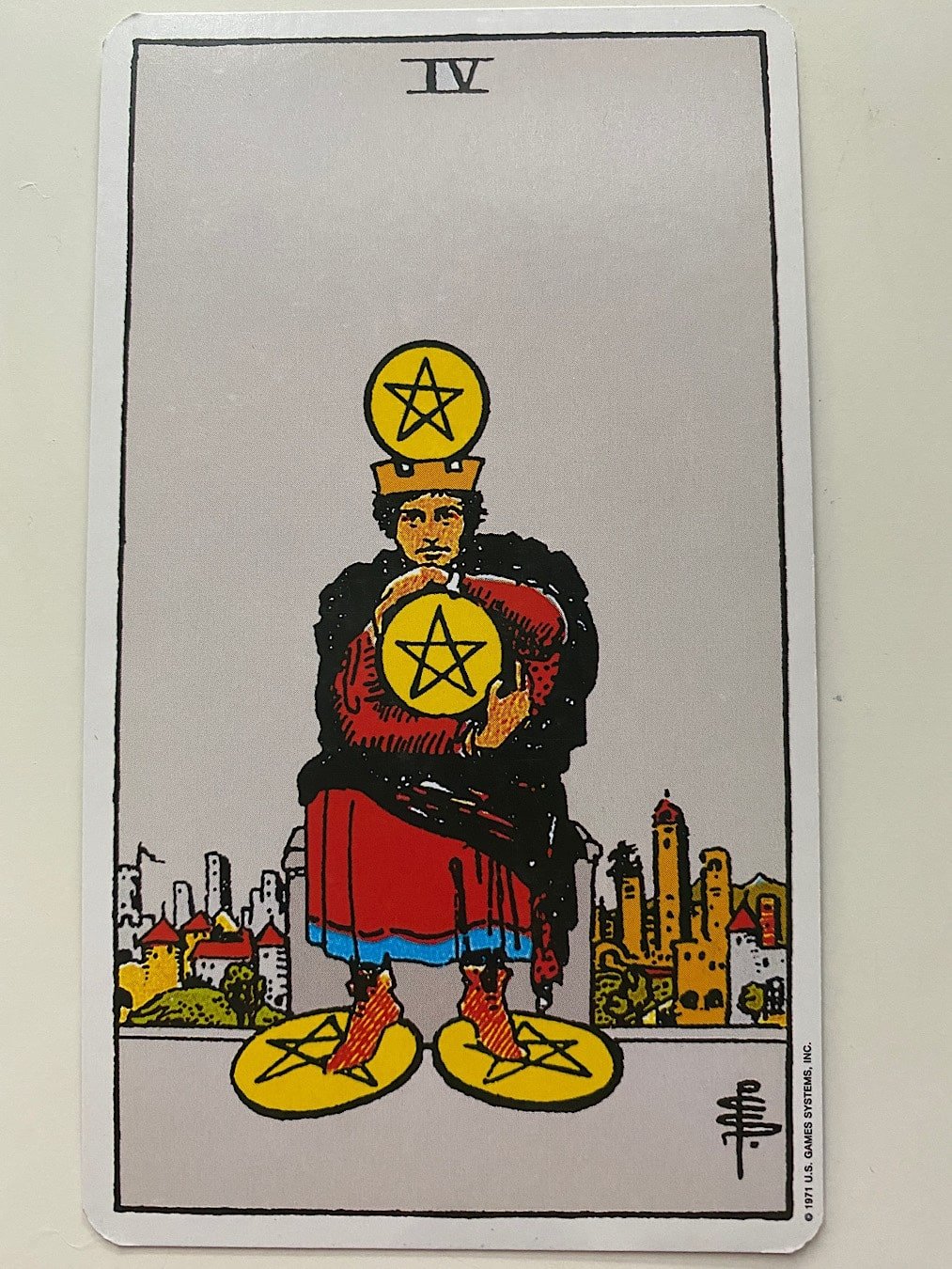 In this RWS we see a king sitting on a stone square, two pentacles under his feet, a pentacle over his head, and his armed wrapped around a pentacle in his center.

His body posture suggests protectiveness like he is closing inwards, trying to hold tight onto his wealth.

The number four, and the four sides of his square throne, suggest solidity and power. He is sitting on a firm foundation. But he is scared of losing what he has gained.

But perhaps he has been wronged in the past and is being protective out of self-defense. Maybe he no longer trusts people so easily.

Nevertheless, he lives a lonely existence, secure in his wealth.

One question we cannot ascertain from his wealth: is he happy?

Or is he kept up at night worried about losing his material possessions? Does he possess his money or does his money possess him?

This is the inherent paradox of material power. It can obviously bring us a certain amount of security and free of us of everyday anxieties. But there comes a point where more money has what economists call “marginal utility.” For example, if you are already a millionaire, an extra ten thousand dollars will bring little extra happiness whereas if you are poor then ten thousand dollars will bring a lot of happiness.

So ask yourself: from where does the power of money come from? Does it come from the mere sake of having it? Or from the security it affords? Studies have shown that people would prefer less money if that meant they had more money than their neighbors. This is the “Keeping up with the Jones’s” phenomenon.

We want and we want but mostly we want more than those in our social circles because this brings us status. When you get the Four of Pentacles, ask yourself: what is your relationship to money? How has your childhood impacted your relationship to money? Are you a penny pincher or a spendthrift? Often our attitudes towards money reflect our experiences with money growing up. 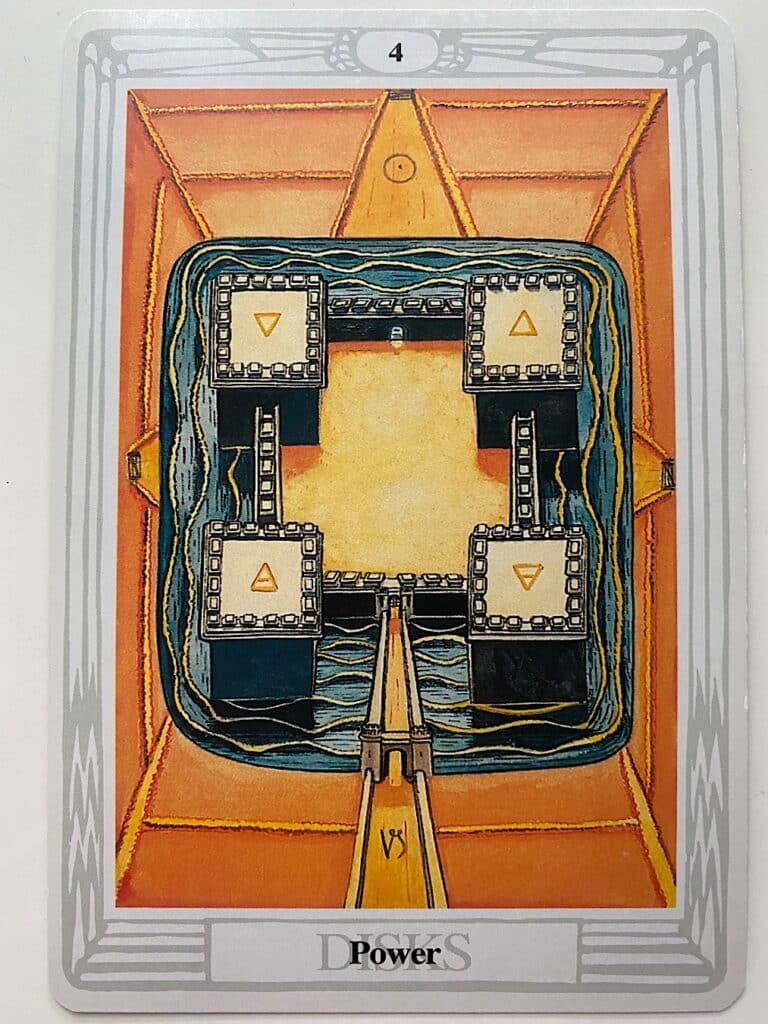 In the Thoth Tarot, we see a four-sided fortress surrounded by a moat.

Crowley says “This represents Law and Order, maintained by constant authority and vigilance.”

Representing Chesed in the realm of Earth, the Four of Discs represents the three-dimensional world, the establishment of structure and stability.

Crowley says revolution is the “opposite” of the card.

Nevertheless, there is a sense of motion inherent in the card. Crowley says the defensive posture is valid only when its violent. When perfectly stable it is in fact dead. This is because the order of Chesed must be balanced by the strivings of Geburah.

From Book T – The Lord of Earthly Power

A hand holding a branch of a rose tree, but without flowers or buds, save that in the centre is one fully blown white rose. Pentacles are disposed as on the points of a square; a rose in its centre. Symbols Sun and Capricorn above and below to represent the Decan.

Assured material gain: success, rank, dominion, earthy power, completed but leading to nothing beyond. Prejudicial, covetous, suspicious, careful and orderly, but discontented. Little enterprise or originality. According to dignity as usual.

Chesed of HB:H (Gain of money or influence: a present).