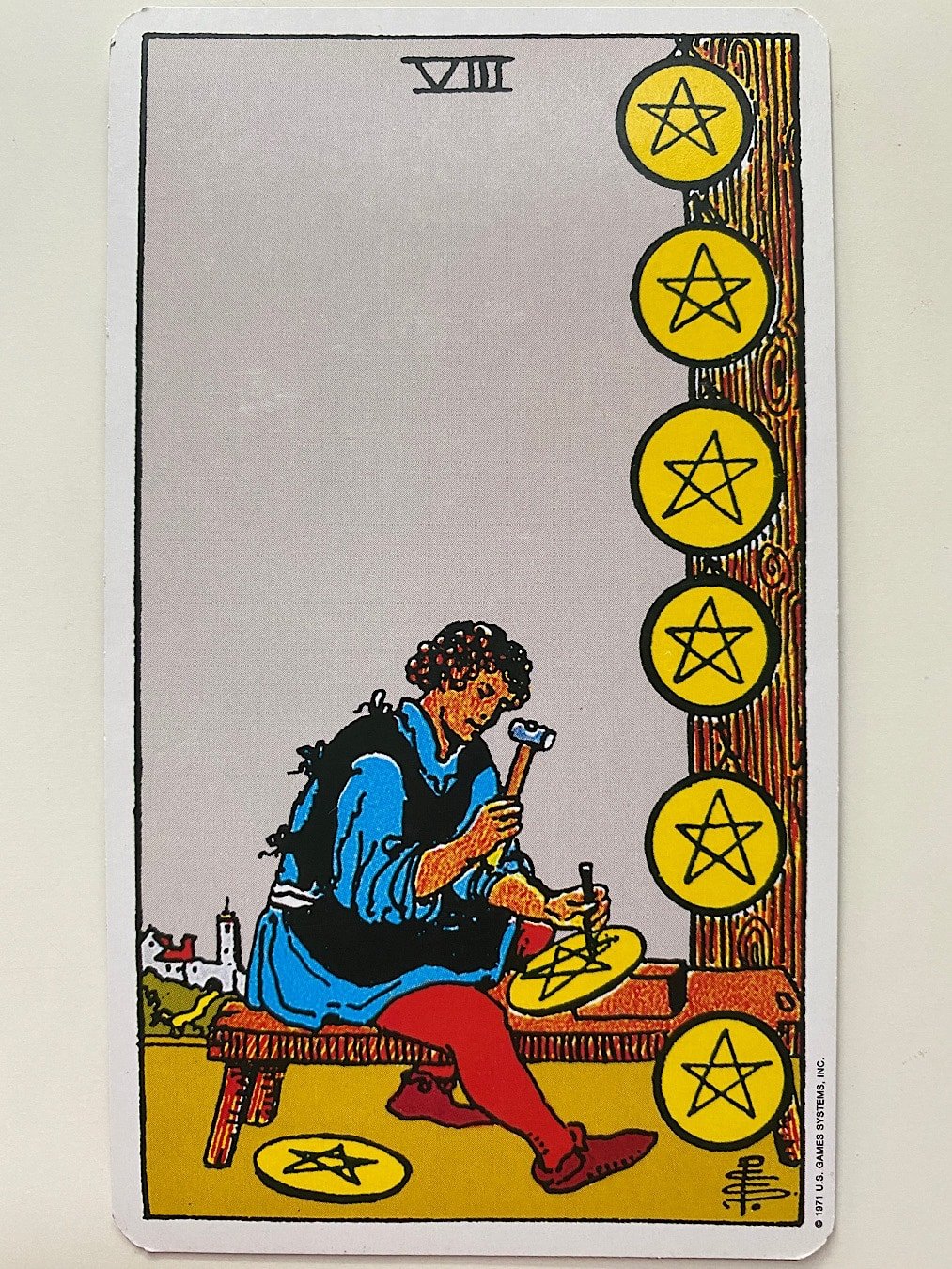 In the RWS we see a craftsman working diligently on a workbench, crafting pentacles.

On the tree behind him, we see finished pentacles lined up in an orderly and precise fashion.

At his feet, we see a discarded pentacles, one that perhaps did not meet his standards of exactness.

Representing the Sun in Virgo the Eight of Pentacles is a card of work done well and wise. It is building the right thing with the right attitude.

It is putting in the hard work, day after day, to create your reality.

In spiritual circles there is often talk about “manifesting your reality” but often this is just wishful, magical thinking; a naive expectation that the life of your dreams will just magically materialize without any corresponding effort on your part.

The Eight of Pentacles reminds us that effort is a necessary ingredient in the pathway to Wealth, the Ten of Pentacles.

There is no such thing as a free lunch. 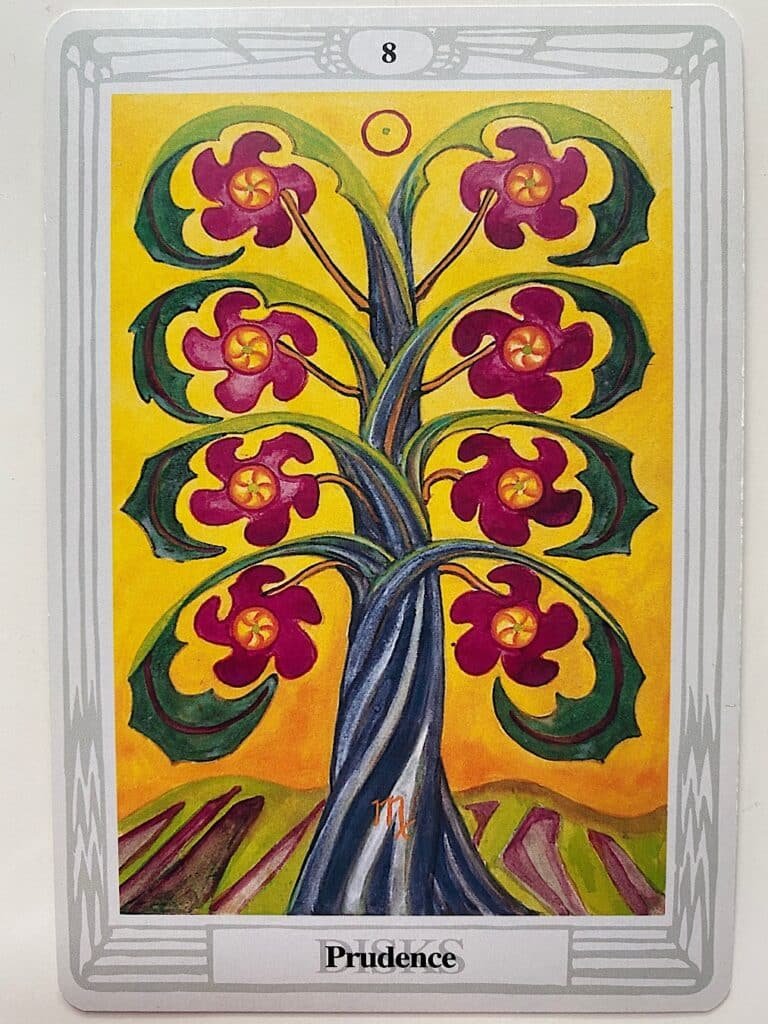 Prudence can mean cautiousness in the name of good strategy. On this reading, the labour has been poured into the Work yet it is not time to harvest – we must be cautious to not harvest too early for there are dangers of being burned in the Sun.

However, prudence can also mean wisdom in regard to Stewardship of the Earth, skillfully drawing out resources. Hence, Crowley explains the Essence of Virgo as “the secret withdrawing of Energy into the fallow Earth.” (Book of Thoth, p. 216)

Thus the withdrawal is really a withdrawal of our own primal energy into the stratum of Earth, to give birth to the Fruits of both Earth and Spirit. As Crowley puts it, “this card marks the turn of the tide.” (Book of Thoth, p. 216).

This is the continuation of the Ego-Death in the Seven of Pentacles (Failure). Right now our body is being reabsorbed by the Earth, its molecular elements deterritorialized into fertile potentialities, like an electron cloud of possibility.

The process of deterritorialization is the first stage of Mutability for Earth.

From Book T – The Lord of Prudence

A White Radiating Angelic Hand, issuing from a cloud, and grasping a branch of a rose tree, with four white roses thereon, which touch only the four lowermost Pentacles. No rosebuds even, but only leaves, touch the four uppermost disks. All the Pentacles are similar to that of the Ace, but without the Maltese cross and wings.They are arranged like the geomantic figure Populus.

Above and below them are the symbols Sun and Virgo for the Decan. Over-careful in small things at the expense of great: “Penny wise and pound foolish”: gain of ready money in small sums; mean; avaricious; industrious; cultivation of land; hoarding, lacking in enterprise.