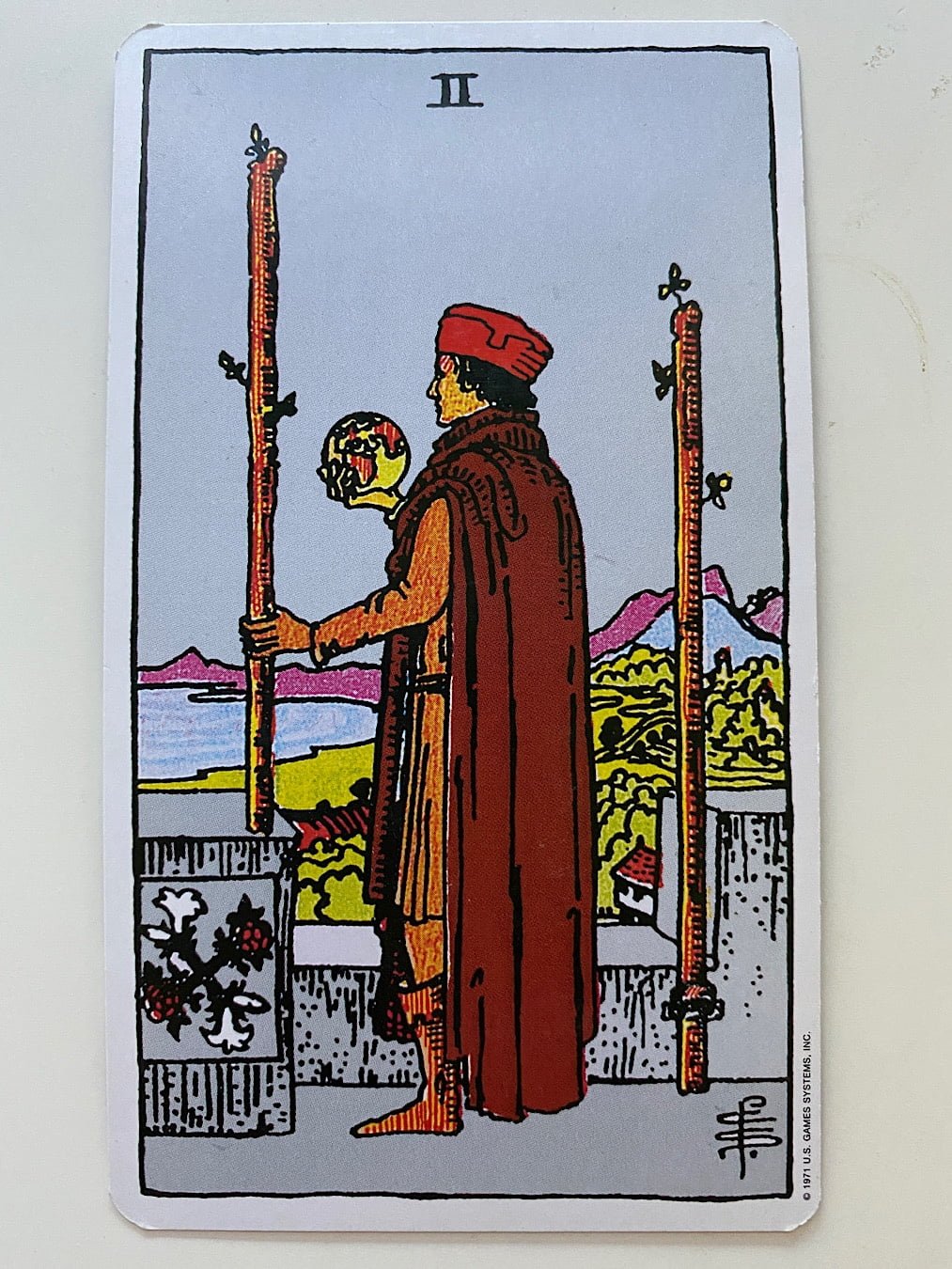 “I have no spur

To prick the sides of my intent, but only

Vaulting ambition, which o’erleaps itself

And falls on the other.” ~ William Shakespeare, Macbeth

In the Rider-Waite-Smith Tarot the 2 of Wands shows a well-dressed man in red standing between two rods. The right rod is standing on its own, the left rod is held in his left hand, and a small globe is held in his right hand. He stands on the battlement of a castle looking out over the valley towards a body of water.

It looks as if he is planning for world domination. Indeed, as Mars in Aries, the card is suggestive of dominion over the world. The qualities of Mars lend an air of aggression and Aries is suggestive of leadership and ambition.

As the number 2, the card is sitting in the sphere of Chokmah, Wisdom. Traditionally in Qabalah, this card is a card of the King. This card thus corresponds to the King of Wands in the RWS deck and the Knight in the Thoth deck. This hint of Lordship is seen in the card itself.

On the bottom left of the card is an occult symbol of Rosicrucianism, the Rose and the Cross and the Lily. These are the same Roses and Lilies we see in the Magician. They represent the marriage between Christ and the Church, or between the spiritual seeker and their deity.

In the Pictorial Key, Waite describes the 2 of Wands as Alexander the Great looking over his dominion, gloomy in his reflection on the wealth of the world. In light of the Roses, perhaps this is a warning of how even dominion over the material world does not bring true joy unless it is accompanied by the joy of Spiritual Redemption, where the real reward is not world dominion, but rather, recognition that it is not us who rules this world, but rather, Chokmah, the Supernal King. 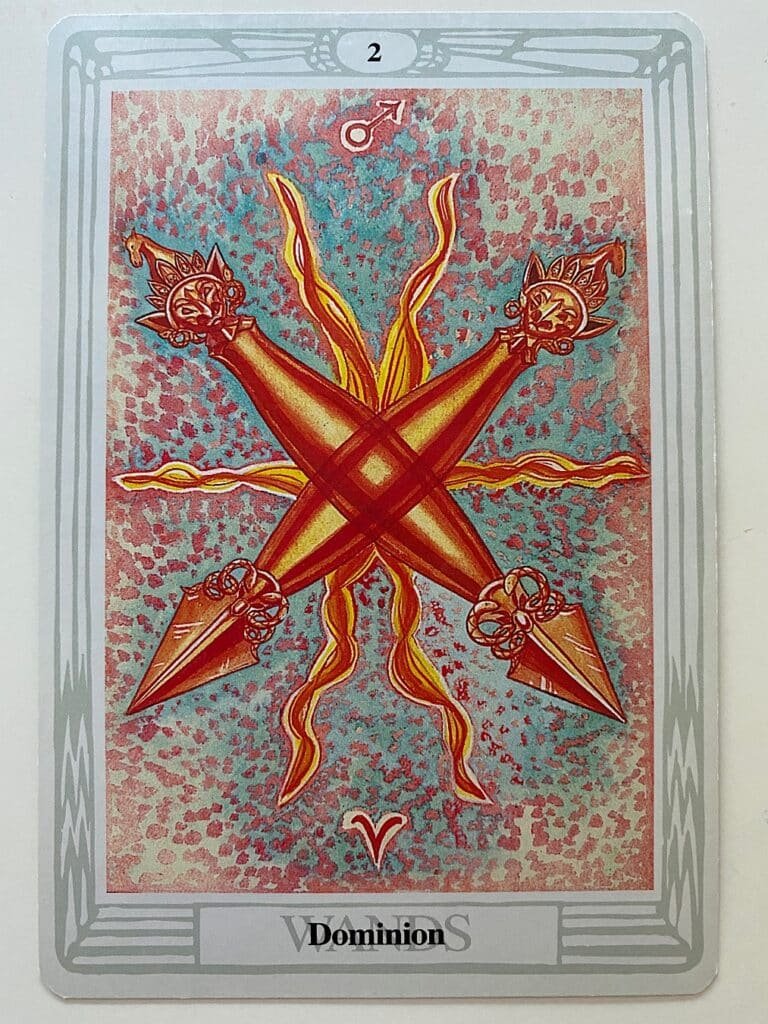 Crowley calls this card “the Will in its most exalted form. It is an ideal Will, independent of any given object.”

The image shows a picture of two Dorjes crossed, which is the TIbetan symbol for a thunderbolt, a symbol of powerful destructive energy, the force of the Will realized.

For Crowley, this destructive force of Mars represents the idea that destruction is the first step in the creative process. To use an analogy, one must break some eggs if you are to make an omelet.

In virtue of the power of Will, this card is about the initiation of force, about bringing your energy into the process of domination. This is the idea of Aries being the first of the zodiac. To borrow the imagery from the Rider-Waite-Smith, the 2 of Wands for Crowley represents the force of Will which looks at the globe as something to conquer.

And in virtue of representing the Will in itself, free from actual manifestation, the Will is pure and uncorrupted by the actual process of ruling, which is the idea of Chokmah, the archetype of the King, the Father.

From Book T – The Lord of Dominion

A white Radiating Angelic hand, issuing from clouds, and grasping two crossed wands. Flames issue from the point of junction. On two small wands above and below, with flames of five issuing therefrom, are the symbols of Mars and Aries for the Decan.

Chokmah of HB:Y (Influence over others, authority, power, dominion).