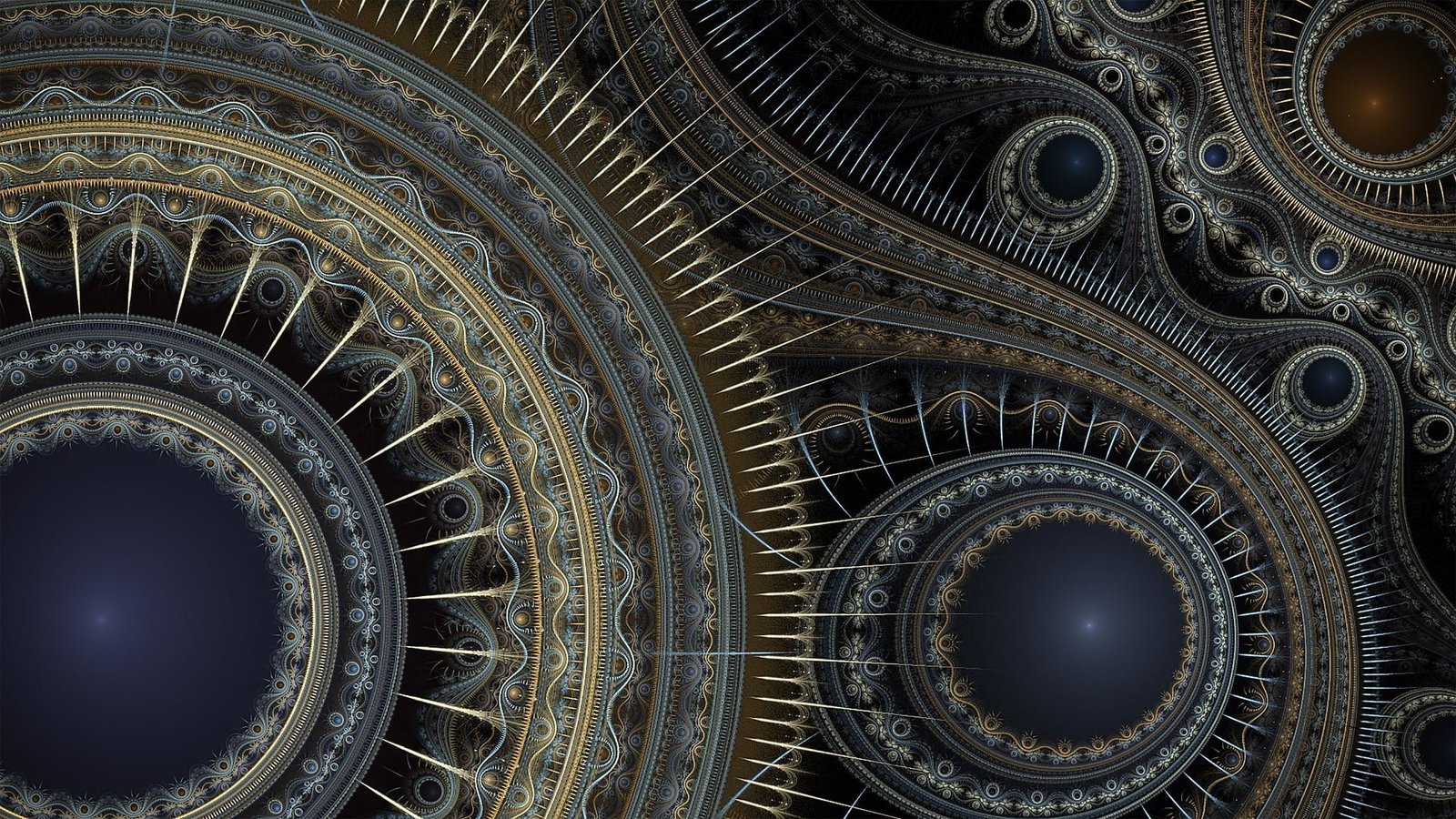 Chaos magic and Tarot. Can they work together? It is my contention that they can be wedded into a wonderful and powerful form of practical magic. For the skeptics out there, this will require some unpacking. First, let’s define our terms:

Magic: people define this in many different ways.

For some, it is a strictly psychological process fully compatible with a materialistic worldview. On this view, magic is, essentially, a form of positive thinking whereby one uses willpower and auto-suggestion to better achieve your desires through some form of practical application such as meditation, mental association, cognitive behavioral therapy, self-help motivation, visualization, imagination, etc. One could use a variety of tools to aid in this process ranging from Tarot cards to crystals to astrological correlations. Nevertheless, the secular view of magic always maintains that it is “all in your mind.”

For others, magic is essentially incompatible with the materialistic worldview. Nevertheless, it might be similar to the “all in your mind” view with the important difference is that one believes the “mind” cannot be entirely reduced to the physical brain, and this “extra” component allows for the operation of magic such that one can bend reality to your will via some, for lack of a better term, “spiritual” mechanism.

Another view might combine the above two views and just say the “spiritual” mechanism is just some aspect of the natural world we don’t fully understand yet, given the limitations of the human mind and the youth and ignorance of current scientific understanding. It is essentially a kind of agnosticism wedded with scientific humility. This is where most of my sympathies lie.

Others might still argue magic is incompatible with the materialistic worldview but take a less egotistical, Will-based belief and instead ground it in the process of forming relationships with the natural world and/or spiritual entities.

Usually, magicians of all sorts tend to operate within the realm of a perceived historical lineage. Basically, if it ain’t broke, don’t fix it.

Chaos magic, on the other hand, takes a radically pragmatic and experimental form. Basically, it is the process of achieving results through any means that works. And the key is that it proposes an experimental approach whereby one is open to trying just about anything in order to receive feedback as to that method’s efficacy. If it works, keeps it in your toolkit. If it doesn’t work, throw it away. Simple as that. As such, chaos magic has no “official” dogma or pre-approved set of techniques.

Chaos magic gets a bad rap for being the domain of angsty teens who are too lazy to learn about history and tradition and instead just want to take the easy path of just fucking around with whatever random method and calling it “chaos magic.”

But strawmen aside, it stands to reason that if something isn’t working for you, you should abandon it. To do otherwise is pure folly.

I will admit I am drawn to chaos magic because my philosophical allegiance has always been with the American school of Pragmatism heralded by Charles Peirce, William James, and John Dewey. According to the school of Pragmatism, the very concept of Truth itself can be boiled down to a Pragmatic axiom: what works for you is true for you, albeit with the caveat that there is some objective reality as to some things “work for you” better than others.

In my own life then, it seems to be that Tarot is one of those things that “works for me.” When it comes to dabbling in the occult and magical, I seem to always reach for my Tarot cards before any complicated ritual. While I do pray on occasion, I just as frequently find myself consulting with the “Tarot gods.” I don’t know who or what the Tarot gods are, but they seem to serve me well, and so I continue to feed my attention into them.

Tarot is most prominently associated as a tool of divination. But it strikes me that it can be used for other forms of practical magic. In fact, due to my belief that much of magic’s efficacy (if there even is such a thing) is tied into randomness which is the fuel of favorable synchronicities, it stands to reason that the Tarot could be used as a tool of practical magic.

For example, one might shuffle your deck and internally repeat to yourself, or your god(s), or whatever, that the card your draw will be your reality for that day, and use the Tarot itself as a randomized method for generating your own synchronicities. Rather than asking the Tarot what will happen you can tell the Tarot that this card will happen. This shift in emphasis turns the Tarot from a forecasting or reflective tool into a tool of manifestation, to use the popular parlance of magic. In other words, it becomes a tool in the chaos magician’s toolkit for positive mind metaphysics, the belief that Thought Is Causative. With Tarot, you are simply externalizing your thoughts through random thought generation.

This is just one example. The Tarot could be used in any number of magical applications. As a chaos magician, it is up to you do to the experimentation to find out what works for you.

And do not snub your nose at the possibility of this “all being just placebo.” The placebo is a powerful tool that science is just now only beginning to understand. There are studies showing that the placebo is just as effective even if you know it is a placebo.

The same is true with magic. Even if you think it’s bullshit, the trick for efficacy in making your willpower effective is to believe that your willpower is effective at bringing change. Some might think is a disingenuous snake-oil superstition that tricks gullible people into believing their mere wishes can turn their fates around for the better.

However, I want to distinguish between wishing and willing. This is an important distinction in the occult, and it distinguishes the serious practitioner from someone who just watched The Secret. When you wish for something you just have a desirous thought, throw it out into the universe, and sit back passively waiting for your life to change.

In contrast, when you WILL something in accordance with your True Will, your deepest, authentic vision of yourself, you find a way to make it happen. You don’t just wait for some spirit or god to create your reality. You work towards co-creating your own reality via the efficacy of your own consciousness.*

*caveat: I want to recognize the existence and reality of systemic oppression. You can’t necessarily will your way out from under the boot of racist capitalism.

My favorite example is trans people. They have a vision for how they want their life to go. An authentic vision of their truest desires stemming from their truest Self. Then, despite many counter-vailing social norms and obstacles, they utilize their willpower to realize their vision. There is quite a lot of gatekeeping in the medical world for getting on hormones or getting surgery. You have to see therapists and get letters from them and jump through all kinds of hoops to get the medicine you need to enact your vision of your truest Self. Not to mention muster the strength necessary to face a world that is openly hostile to your very existence.

Don’t get me wrong, I’m not saying “woe is me being trans is so horrible blah blah.” There are many wonderful aspects to being trans, and many pockets of society that are welcoming and accepting. Nevertheless, it is my experience that to be openly and visibly trans requires a good portion of Willpower to countervail against many obstacles.

Where magic comes in is nudging synchronicities and using intentional tools to align your conscious self with your unconscious, highest self, higher power, or whatever you personally believe in, and use that better alignment to your advantage in shoring up your mental resolve to navigate the chaotic waters of fate.

Thus, a chaos magic approach to Tarot consciously utilizes the randomness of Tarot shuffling in combination with its esoteric and archetypical symbolism to achieve a synergy with the chaos of life to create a synchronicity force-multiplier such that your own Will can navigate reality with more confidence. More confidence leads to more effective action. And more effective action leads to better results. Which is what chaos magic is all about.

How Does Tarot Work? or, Why Tarot Is Not Special

Christianity vs Spirituality: An Occult Perspective