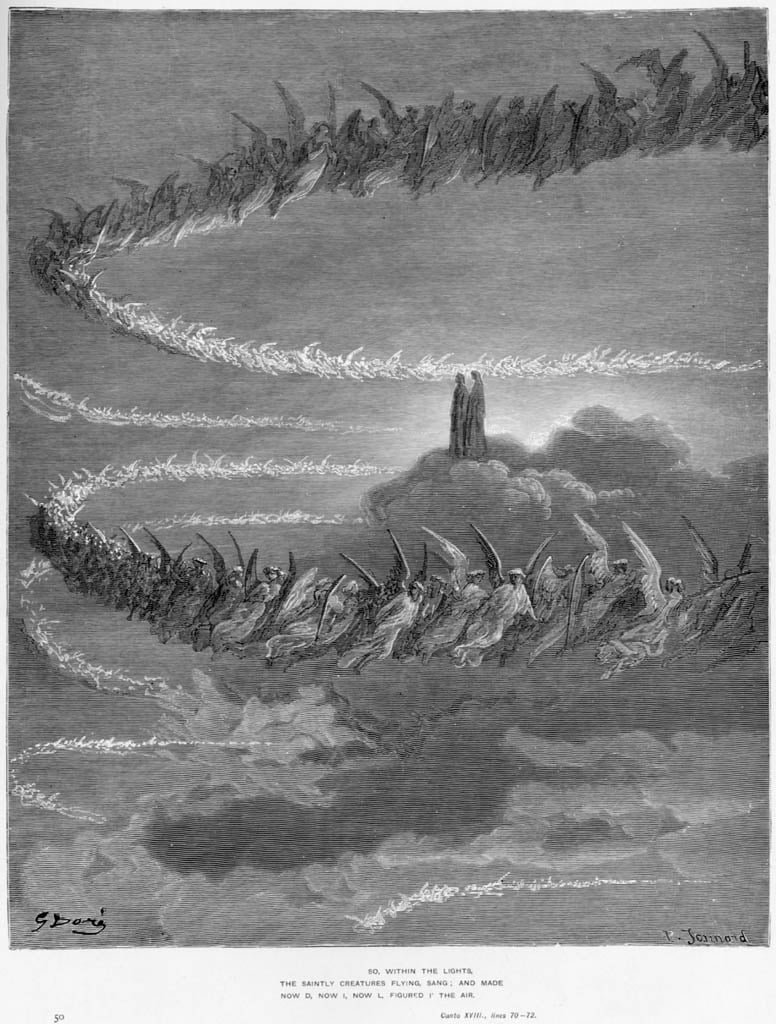 The concept of the “Mindscape” or “wonderland” is central to practitioners of the imagination. The Mindscape is essentially an infinite sandbox of creativity inside your Mind’s Eye that can be used for all sorts of interesting applications. In this post, I will discuss the metaphysics of the Imaginal as it relates to the concept of the “astral plane,” and show how the astral plane and the imagination have more in common than you might think. In turn, I will sketch out some tentative metaphysical ideas about what the astral plane might be and how to talk about it.

But, first, what is the nature of the imaginal realm? When I imagine my Mindscape it seems to take on three dimensions similar to the “real” world but I can manipulate the laws of physics to my liking. And indeed, within my Mindscape I have absolute control of its reality. Nevertheless, once established firmly and with practice, the Mindscape can come to have a kind of objectivity insofar it can be discovered. How is that possible?

But what does it mean for a “space” to exist “in” our heads?

Julian Jaynes called this “analog space” because he thought it was constructed analogically from our experiences with the real world.

“As with a real space, something can be at the ‘back’ of our mind, in its ‘inner recesses’, or ‘beyond’ our mind, or ‘out’ of our mind. In argument we try to ‘get things through’ to someone, to ‘reach’ their ‘understanding’ or find ‘a common ground’, or ‘point out’, etc., all actions in real space taken over analogically into the space of the mind.” ~ The Origin of Consciousness in the Breakdown of the Bicameral Mind

George Lakoff and Mark Johnson have also discussed the origin of the spatial metaphors for mental concepts in great detail in their book Philosophy In the Flesh. But I want to go beyond this notion of the Mindscape as being purely derivative analogically from our experience of the spatial world and connect the Imaginal World, the Mindscape, to another concept: the Astral Realm or Astral Plane.

The term “astral” is commonly known from the method of astral projection. This is a method of inducing an out-of-body experience and traveling the “Astral Plane” in an “astral body.” Besides just the fascinating psychological nature of this phenomenon, people who have done this have come back with reports of High Strangeness. I once met someone who claimed to have met a stranger in the Astral Plane only to have later recognized each other in real life sometime later.

In a sense, the term “astral” has come to be a stand-in or placeholder for any kind of reference to a “spiritual world” or “spiritual plane” or “celestial spheres” that are beyond the physical, where all kinds of beings and entities and intelligences are said to live, a plane of existence that we can travel to through methods of astral projection, lucid dreaming, having a near-death experience, psychedelic trip, or other related phenomena.

The Astral World has long been a crucial postulate of classical, esoteric, and religious philosophers from across the world. 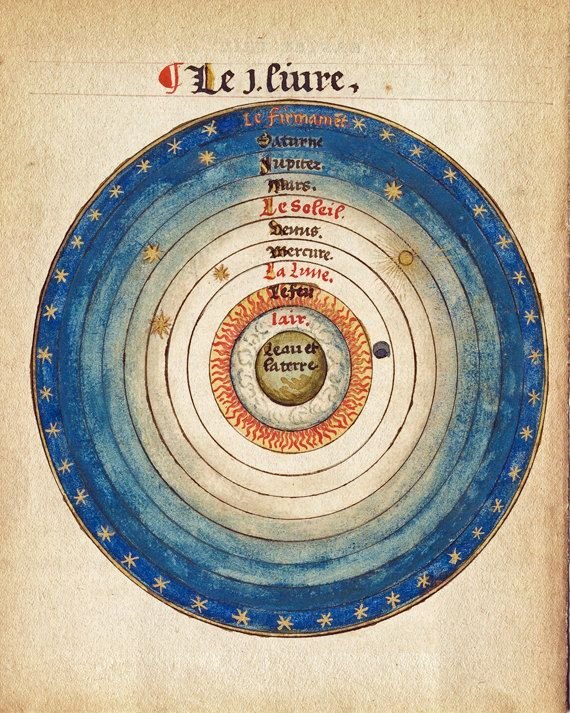 It was even mentioned by the Apostle Paul in 2 Corinthians 12:2:

The Astral Plane in its modern form was popularized in the 19th and 20th centuries by the Theosophical Association by esoteric pioneers such as Annie Besant and C.W. Leadbetter. Nowadays it’s often associated with fantasy games like Dungeons & Dragons as being one of the Planes of the multiverse, described as follows:

The Astral Plane is the plane of thought, memory, and psychic energy; it is where gods go when they die or are forgotten (or, most likely, both). It is a barren place with only rare bits of solid matter. The Astral Plane is unique in that it is infinitesimal instead of infinite; there is no space or time here, though both catch up with beings when they leave. The souls of the newly dead from the Prime Material Plane pass through here on their way to the afterlife or Outer Planes.

Like many occultists, I do not believe the Astral Plane is a purely fictional concept.

I want to propose that the Mindscape of the imagination is partially co-extensive with the Astral Plane insofar as it can be used as a jumping-off point or portal to the otherworldly. Moreover, I want to take very seriously that idea mentioned before, that in some sense consciousness is inherently astral and its relation to the body is one of “overlap” rather than identity.

However, I think it is important to recognize that ordinary words and concepts fail to understand the Astral Plane except by means of ill-fitting spatial metaphors like “plane” or “world” or “realm.”

Limitations on Understanding the Astral Plane

This is especially true when so much of what physicists can’t explain about the universe using standard models of matter and energy gets retrofitted with hypothetical constructs such as “dark matter” or “dark energy.” For example, we cannot directly observe dark matter via the electromagnetic spectrum (that’s why it’s called “dark”) but it seemingly accounts for ~85% of all matter.

While we cannot rule out that scientists will eventually fit dark matter and dark energy into the current standard models of physics, we also can’t rule out that the eventual explanation of such things (if we ever arrive at one) will postulate explanatory constructs that are entirely beyond what we currently assume reality is “made out of.”

But we must be prepared for the possibility that this “final grand theory” will be incomprehensible in its totality to our ordinary minds, which are limited to ordinary language and the restrictions of metaphor.

We are perhaps like the Flatlanders who live in a two-dimensional world who have no chance whatsoever of understanding in their terms what it means to live in a three-dimensional world. Except we do not truly know how many dimensions exist in reality, or how they relate to our lived experiences, including our experiences within dreams, Mindscapes, or via astral projection, which so many people have reported to be just as real as the world of Mundane Reality.

Just as it is impossible for a chimpanzee to presently understand the standard model of physics, who are we, so very little different from chimpanzees, to say we even have the right kind of minds to begin to understand the true nature of consciousness and how it relates to reality? Proper humility before the mysteries of the cosmos compels us to accept that such things might be beyond the reach of our present state of consciousness.

The Astral Plane of Non-Reducibility

Thus, I propose that we consider the Astral Plane to be a Plane of Non-Reducibility – a plane of existence wherein we admit that we do not know what we cannot know. The best we can do is speak in metaphor.

I am not saying that we cannot experience the Astral Plane. I am just saying that, currently, we do not know how to reduce it to the concepts of the Mundane, the world of up, down, left, and right, the world of ordinary, medium-sized objects that we can touch, taste, see, and hear with our “plane” senses.

The core of non-reductionism is the refusal to “reduce” all phenomena into current models of reality, such as matter or energy as understood by 21st century scientists. Matter and energy and consciousness might be understood by 30th century scientists to be radically different. Or further, matter and energy and consciousness might be understood to be very different by other civilizations in the universe, who by Drake’s Equation surely exist, and are likely to be much more advanced in their theoretical sophistication. It is tautologically true that we cannot even begin to comprehend what it is we do not and cannot know.

Non-Reducibility is at its core phenomenological insofar it accepts the prima facie reality of the Mindscape as being “real.” But because we do not possess a complete theory of consciousness nor a complete theory of imagination, we must not be afraid of where our experiences take us.

And to proclaim that all such phenomena are “merely psychological” or “merely hallucinations” is woefully inadequate as explanations because we do not yet know the nature of the psyche or the limits of its power.

God, Consciousness, and the Spiritual Life of Fungi

3 thoughts on “What Is the Astral Plane?”