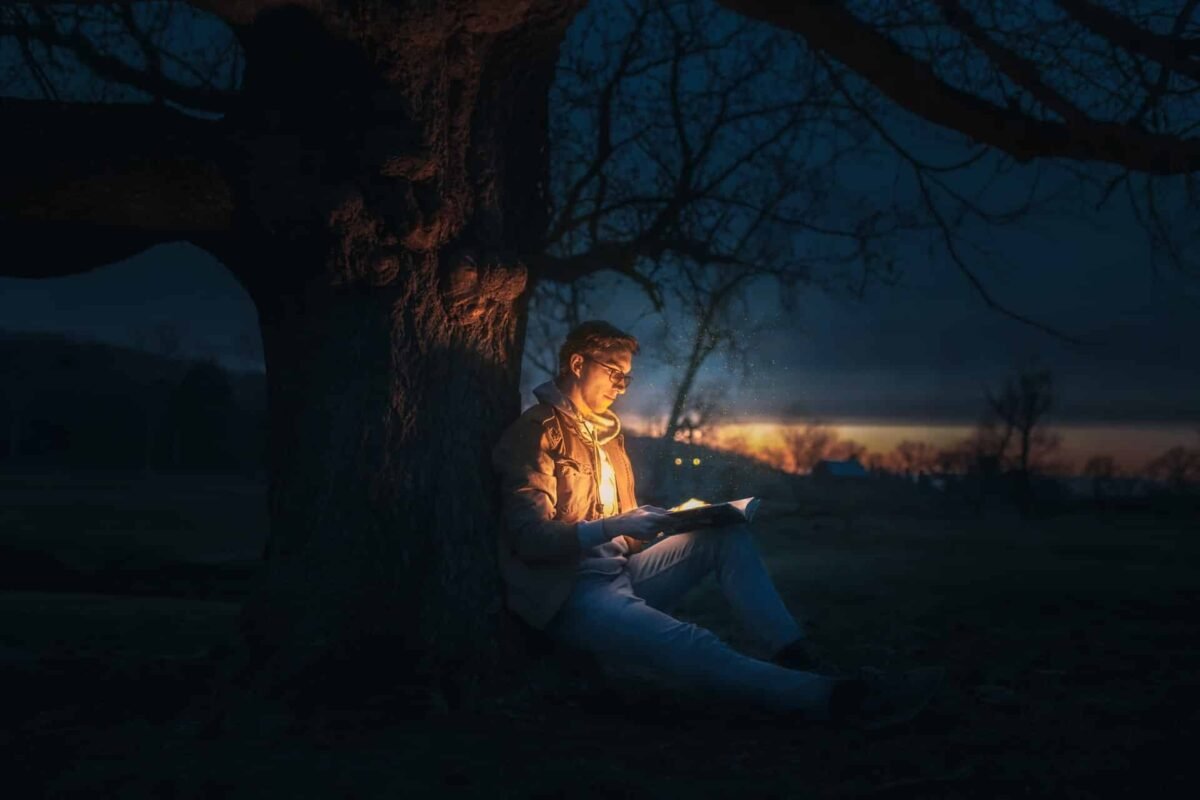 How clever we humans are. But it is our great pride and vanity that stands in the way of recognizing our limitations as a species. And it is only when we fully confront the limitations of our knowledge that we in fact gain knowledge of deeper mysteries.

But this knowledge gained is not propositional knowledge. It is a knowledge, only known to the full silence of the Soul, the great unconscious organism that constantly stands on the verge of swallowing us whole.

How powerful our unconscious is. What a gift. To let it all out and feel it come through my fingers. That is the true blessing of a writer: to be constantly given the gift of surprise from the unconscious. To have these words just flow out of my fingers. It feels as if I am not choosing them so much as just merely trying to keep up with a stream of thought that I am not authoring, but rather, witnessing.

Yes, sometimes I slow down and engage my consciousness to make some decisions or correct a typo, but when my writing is really flowing it is not me who is making every little decision.

The conscious mind is more like a monitoring system that can, via a feedback loop, offer editorial correction. But the true creative generation of thought comes from the unconscious mind.

Indeed, I do not think it is appreciated the immense weight of Jung’s hypothesis that our conscious experience is that of Images created whole cloth by the unconscious.

While yes, sure, Heidegger was right that we are concretely thrown into the world, Kant was also right that we are trapped in a world of representations without any direct access to things as they are in themselves.

But where depth psychologists like Jung advanced over Kant was their recognition that the world of representations is structured fundamentally in terms of fantasy, imagination, archetypes, and complexes.

Although our world appears to our conscious mind to be orderly, following the laws of Nature, we must never forget that the unconscious is intersplicing fantastic Images into the apparent natural order of space and time.

Thus, from the inside, looking out, our world is not purely natural nor is it purely fantastic. It is fantastically natural and naturally fantastic. This relationship between Nature and Imagination is fundamentally hyphenated.

We do not have the language or concepts to properly conceive of how Nature and Fantasy function together as Nature-Fantasy and Fantasy-Nature. This is the same mystery as the Mind-Body, which has proven to be intractable for human consciousness.

Yet everyone recognizes that the language of “mind” vs “body” is inadequate to capture the precise relationship between mind and matter.

We know it is something different, and yet it seems as if the modern mind lacks the ability to think otherwise except in terms of these woefully inadequate either/or binaries of mind vs matter, physical vs mental, etc.

Yet the key to understanding our experience of the “real world” is to realize that the unconscious injects fantasy and narrative and mythology into every inch of conscious experience, even (and especially) if we are experiencing “the real physical world.”

It is as if our conscious experience of the world is a tapestry and the unconscious is like a red wine that soaks it through completely, enveloping every fiber and interacting with the fibers on a molecular-chemical level. Eventually, the wine and the tapestry become one. That is akin to how unconscious fantasy envelopes our experience of the physical world “out there.”

While yes, the physical seems to break through the mental prison of representations, ontically throwing us into the concretely real, it always does so within an unconscious superstructure that filters everything through the lens of archetypal narratizing.

Our consciousness at its ontological core is closer to a story than it is a propositional belief “mirroring” an objective physical world “out there.”

In reality, the unconscious takes our fundamental encounter with the “out there” and filters it through the many overlapping lenses of “in here” and then paints a narratized, conscious, fantasy-image in our mind that takes on the pretense of presenting an objective world to a glassy essence that merely passively reflects how things really are.

All this emphasis on fantasy and imagination and narrative is itself a complex of metaphor that can only go so far, since it is mediated via the same mechanisms which are constantly at work in convincing the conscious mind to believe a false binary about how the mind relates to matter.

These psychodynamic mechanisms have been responsible for much of the naive philosophizing that’s been done over the course of human history.

The ancients understood this implicitly insofar as they naturally took a mythological attitude towards the world. They were not corrupted by the Enlightenment narratives of mechanization that have tried to rationally claw their way out of the unconscious world of fantasy.

But instead of actually escaping the fantasy world, the mechanical narrative simply invents a new Mythology that has the same totalizing effect as any pre-scientific Mythology. Within the totalizing Mythology, we come to convince ourselves that we have solved Kant’s problem and gotten to the things-themselves.

We look at our modern tools of science and our technological successes and it lulls us into a comfortable arrogance. Because we have penetrated enough into reality to find phenomena that can be modeled and explained in terms of mechanisms and mathematics, we convince ourselves that we have “conquered” the bewitchment of conscious experience via the fantasy dynamics of the unconscious.

We use our iphones and computers, hardwon through the struggles of science, and we convince ourselves we are rational and empirically minded scientists objectively perceiving a nakedly objective physical world. When in reality, all the iphones and computers do is allow us to dive ever deeper into more elaborate fantasy worlds.

Can anyone look at what’s happened with social media and argue otherwise? Far from rescuing us from fantasy, the internet has greatly amplified the modes of expression available to the unconscious for creating fantasy. Now we have an entire “metaverse” of fantasy. We have fantasy money and fantasy lives and fantasy pleasures.

If the unconscious wanted to mind-fuck consciousness one could not have invented a better tool than the internet. It has brought us deeper into the world of mythology than any pre-scientific religion ever could.

Except now instead of Zeus we have Pepe the Frog. Instead of sacrificing animals to the gods, we make memes and tiktoks.

There is an expression to describe someone as “very online,” which is a term meant to describe exactly how the internet mind-fucks you, how internet culture penetrates into your very Soul. It is as if the collective unconscious is unflowing with gifs and memes and it structures our basic experience of ourselves and the world.

We start projecting memetic archetypes into the world. We start categorizing and splicing up reality in terms of the dramas of the internet.

Consciousness and the Mysteries of Transcendence

The Problem of the External World Is Not a Problem, but an Opportunity

Idealism vs Materialism: Poetry and Pragmatism