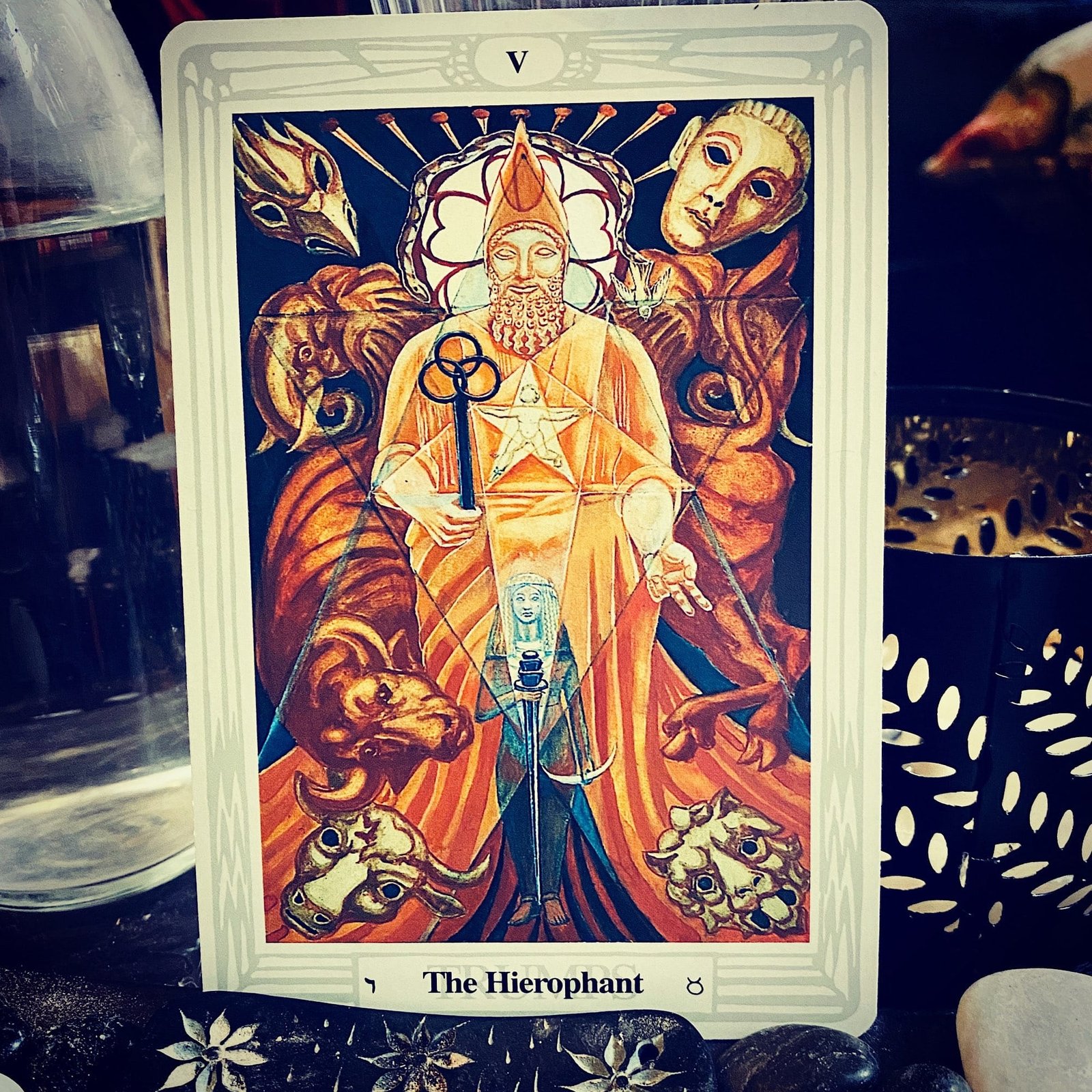 Among younger generations in the West, there is a tremendous amount of consternation surrounding religious and spiritual identity. We want to find our home. We want to know who we are, where we come from. We want to reconcile with our Western, colonialist impositions from Christianity that so many of us were brought up with.

Speaking as a white American, so often we want to come to terms with the violent, imperial, racist past of our ancestors. Part of this seeking, this longing, is done through spirituality and religion, particularly of the neopagan sort, as an attempt to distance ourselves from the colonial sins of Christianity. This is especially true for those of us who are queer, trans, or otherwise on the margins of society.

Usually, practitioners and seekers in this journey end up with an electric mix of different beliefs and rituals. But if you’re anything like me, you might still feel a spiritual hole in your heart. You might be disconnected from any one tradition, unable to fully embrace a singular path in good faith, perhaps due to past traumas of growing up with dogmatic, belief-based religions.

Accordingly, you might see yourself as walking a lonely path. Unable to meet likeminded people in your town or city to form a collective spiritual society.

But what if there was an alternative? What if there already existed the foundations upon which to construct a quasi-universal neopagan path that was completely inclusive, non-dogmatic, and compatible with all forms of syncretism and eccentricity?

I am talking about the Tarot. With the exception of astrology, Tarot is the most popular “common thread” between all the diverse alternative spiritualities in existence today. I know many atheists and skeptics who are even interested in the Tarot for its unique symbolic, archetypal, and psychological properties!

The Tarot stands alone as the primary tool of choice for curious witches, pagans, magicians, and esoteric seekers of all paths.

However, I believe that Tarot is especially poised to provide a quasi-universal glue to bind together a diverse set of folks across time, space, and culture into a shared quasi-religious-neo-pagan practice that is non-dogmatic, and requires practically zero commitment in terms of belief or practices.

It is not preachy. It does not require converts. It does not proselytize. It has no requirements. No initiation. Practitioners don’t even have to be aware they are partaking in a shared neopagan practice to partake in the path.

But what is it? Does it require anything? If it literally has zero requirements can it even be codified or described in a meaningful and coherent way?

I propose that a neopagan approach to the Tarot requires only a single thing: one must believe that the Tarot holds more than merely instrumental value.

In contrast, intrinsic value means that something has worth in and of itself, like happiness, Truth, beauty, friendship, love, wisdom, etc.

A subset of intrinsic value is whether something has sacred value. Whether it’s holy. Sacred and holy just mean that something is worthy of veneration, that it holds special value and should be treated with respect. In this way, Mother Earth Herself is sacred.

But it is my contention that the Tarot is sacred insofar as it deserves our respect. It is more than just a “mere tool,” like a hammer or a knife to be used bluntly and cast aside without regard. As a symbol system, as a historical set of artwork and esoteric tradition, it deserves our respect. We don’t have to necessarily “worship” the Tarot. We just have to hold that it has more than mere instrumental value.

This is the foundation of a neopagan approach to Tarot. From here, it is up to each individual practitioner. It can be used in ritual. In meditation. In introspection. One can reflect on the symbol systems and esoteric meanings and strive for hermetic gnosis. It can obviously be used a tool of divination and fortune-telling. It can be plugged into your current spiritual belief systems. One can contemplate the cosmos via the Tarot.