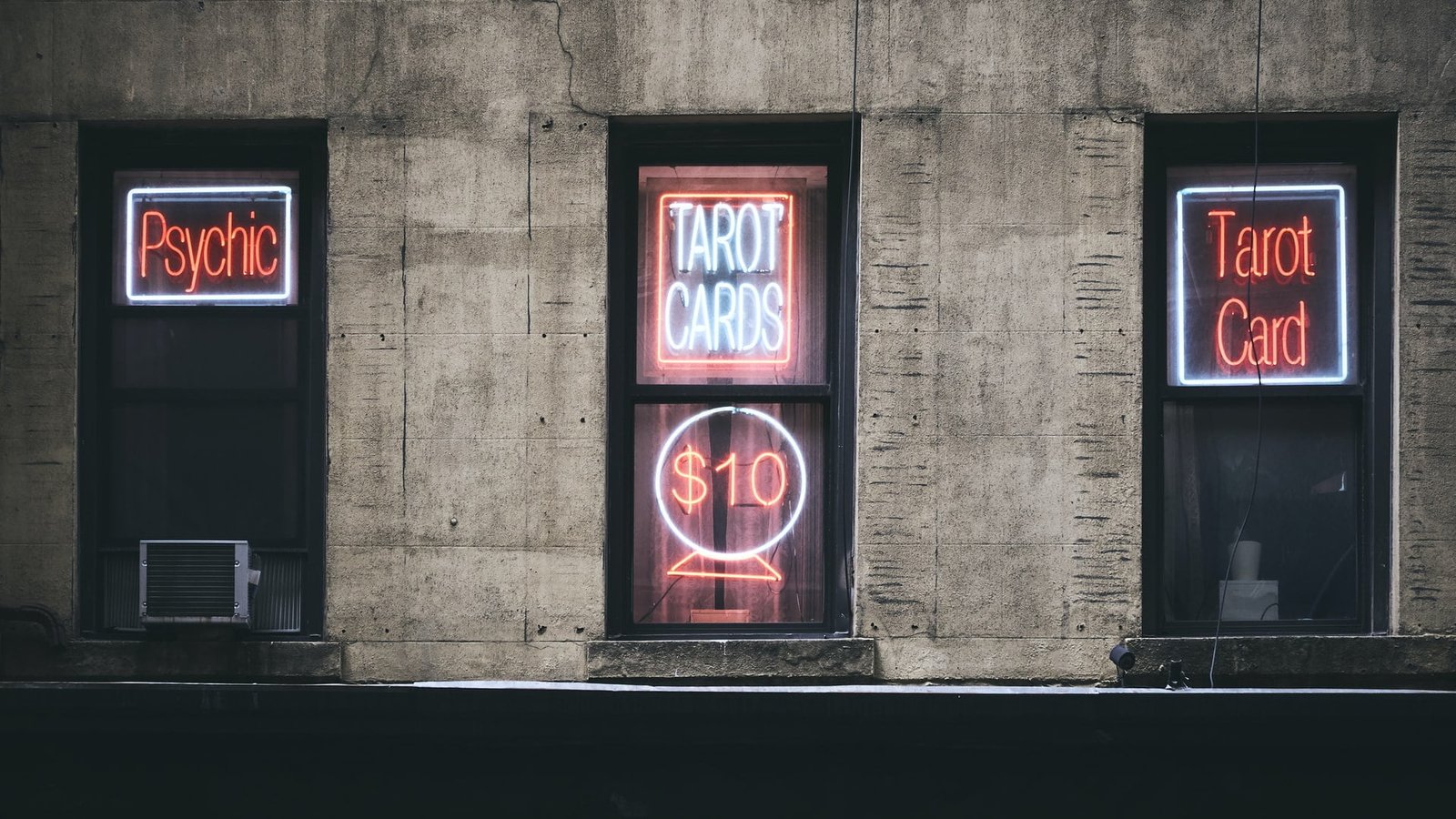 How does Tarot work? Is there anything truly magical or special about this particular set of 78 cards and their unique imagery? Why are there 22 cards in the Major Arcana? Is that some super special hidden Qabalistic-hermetic number with ancient magical properties, the meditation upon which can lead to enlightenment and occult powers? Is the imagery of the Tarot based on a secret system of magical correspondence that is the basis for its unique powers of divination? Or is the Tarot simply a historically contingent collection of images derived from a set of playing cards that could have been totally different and still be equally “effective” from an occult and magical perspective?

In fact, I believe one could, if one were so inclined, construct your own Tarot deck out of say, pokemon cards, or better yet, Rorschach ink blots, or any other random set of symbols, and be equally effective if one were to go about it the right way.

But how? How would that work? To understand why I believe that, it is necessary for me to say a little something about hermeticism and neoplatonism.

In neoplatonic terms, the entire reality of the cosmos is a graded hierarchy of hypostases of The One, a “downwards” emanating gradient of “less than” forms of The One, ranging from the absolute pinnacle of The One itself down to gods and deities down to daemons down to humans and other animals down to bacteria down to atoms and down to the sub-atomic level of matter and energy itself and every level of gradation in between.

On the neoplatonic view, reality consists of a great ladder going from the absolute transcendental beyond-ness of The One down an infinitesimal chain of “rungs” on the ladder. The higher up on the ladder, the closer to The One you are. The tippy-top is the “above” in the “as above, so below” equation and at the bottom (or neat the bottom) is the world of humans, who live in the material world among material things embodied in material bodies with material brains.

And in between the bottom rung and the highest rung is an entire hierarchy of emanations from The One, which radiants or spills out from itself the existence of the world.

Crucially, for the neoplatonists, and in contrast to the gnostics, all of these emanations, in every form, are essentially good insofar as they share in the goodness of the source of the emanations, The One itself. Thus, on the neoplatonic view, reality is fundamentally good, as compared to the gnostics who thought that both good and evil have fundamental existence and that the material world is essentially corrupt or evil in some way. For the neoplatonists, in contrast, “evil” is simply being as far away as possible from the source of the emanation, The One, which would be nothingness itself. And since nothingness by definition does not exist, therefore, evil itself does not exist. Thus, for the neoplatonists, evil is itself simply the absence of goodness.

But what in the world does this have to do with Tarot and our random deck of pokemon cards? Basically, insofar as neoplatonism is as extension of the hermetic principle of “as above, so below,” and insofar as everything is an emanation of The One, there exists essentially a natural “sympathy” between all things insofar as they are all aspects, or emanations, of The One.

In my mind, this is how Tarot “works.” There is nothing special about these particular 78 cards. But insofar as those 78 cards are emanations of The One, and thus share natural sympathies, and thus fall under the rubric of the hermetic principle, these 78 cards as a microcosm reflect the macrocosm. And thus, meditation upon them and the sincere and authentic rituals of shuffling and divination through them work to make divination possible.

I believe that you could in theory substitute anything in the Tarot deck and it’d work. In practice, however, if you actually did use pokemon cards you probably would not get into the proper contemplative mindset to yourself enter into natural sympathy with the spiritual nature of The One, and its primary hypostasis, The Intellect. And that is the basis of magic (in my opinion, at least).

Mindset is everything in magic. Thus, the reason why Tarot is so effective is because so many people take it seriously. But that need not have been the case. It’s perfectly possible it could have remained a simple card game. But occultists in the 18th century started using the playing cards for occult purposes and occultists have been taking them seriously ever since.

However, knowing their history as playing cards doesn’t make them less magical or special. One could, if one wanted, still assign all kinds of magical systems of correspondence to them even if those assignments are completely arbitrary (I’m looking at you Golden Dawn).

Mindset in combination with the doctrine of natural sympathy is everything. And that, my friends, is my theory of how the Tarot works.

The Psychology of Tarot

What is the answer to the problem of evil?