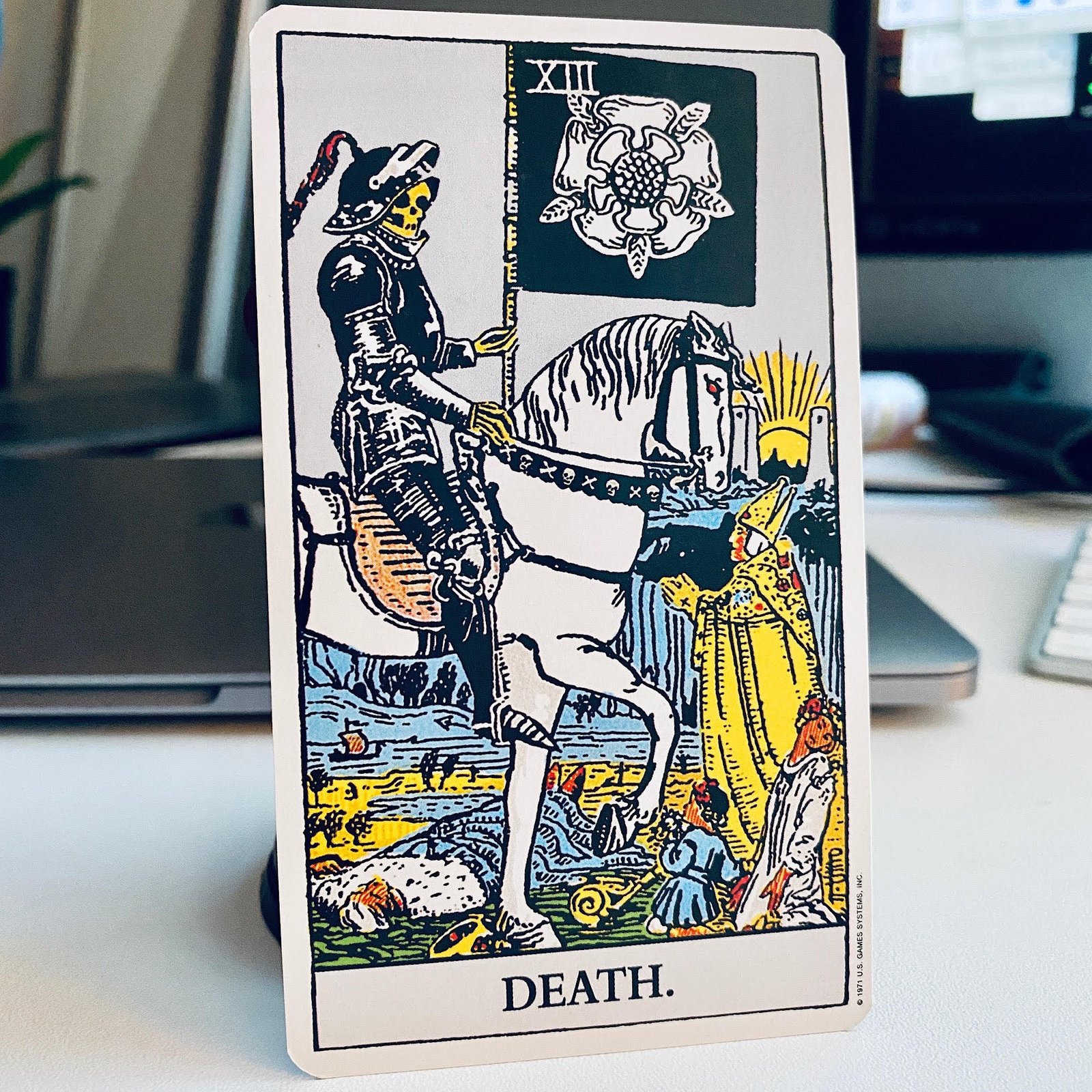 Are you interested in learning how to read Tarot cards? If so, then chances are, you feel completely overwhelmed by the sheer number of different decks to choose from. Well, I am here to give you a simple piece of advice: The classic Rider-Waite-Smith is the best Tarot deck for beginners. Buy it and study it deeply.

The History of the Rider-Waite-Smith Deck 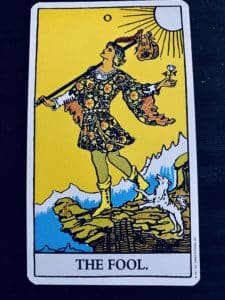 “Rider” is simply the original publisher; first published in 1909. But in terms of giving credit where it’s due, Pamela “Pixie” Colman Smith is the brilliant and under-appreciated artist behind the deck, which is now, by far and way, the most popular Tarot deck of all time. A.E. Waite is often thought to be the “brains” behind the deck, but I think this (1) underestimates Smith’s own original contributions and (2) overstates Waite’s own originality when Waite himself borrowed a lot of the insight into the deck from the “Book T” Tarot from the Hermetic Order of the Golden Dawn.

History lesson aside, the significance of the RWS deck is that it introduced a new form of Tarot that we all now take for granted: images on the pips.

Now, traditionally, for hundreds of years, the “pip” cards did not have images or narrative scenes on them. For example, the two of swords would simply have a depiction of two swords, like this:

This is because the Tarot itself originally descended from a game of playing cards. In this sense, the two of swords would be like two of hearts or two of diamonds in a modern playing card deck.

Divination using pip cards was mostly based on numerological associations and the simple idea that if swords = anxieties, then 8 swords would be “more anxiety” than 2 swords, etc.

But it should never be forgotten that in its original form, the Tarot was simply a “Trumps” based game like Bridge that added the 22 Major Arcana or “Trumps” to an otherwise normal playing card deck.

The innovation of Pamela Colman Smith is that she painted narrative scenes for all the pip cards, essentially giving the human imagination and intuition a creative jump-start. It was this revolution in 1909 that started the modern Tarot revolution, which has now exploded into popularity in pop culture and modern occult/esoteric movements. Prior to RWS, the Tarot was a relatively obscure phenomenon. But now it is familiar to almost everyone, and its popularity continues to grow. It has even made its way into the mainstream secular world, with many non-occulty folks interested in it for its psychological, archetypal significance.

It’s hard to overestimate the importance of Pam Smith to the current phenomenon that is Tarot.

Now that I’ve given some historical background on the Rider-Waite-Smith deck, I can now make a straightforward argument for why the Rider-Waite Tarot deck is the best deck for beginners.

The Rider-Waite Deck is the best deck for beginners because if you can master the Rider-Waite deck you can thereby understand almost all other Tarot decks.

This is because the vast majority of modern Tarot decks are, in some way or another, shaped by or influenced by, the original designs for the pips by Pamela Colman Smith. While some creators take a lot of artistic license, the core symbolic imagery has remained largely intact over a century later.

Now, I say “almost all” Tarot decks because there are some exceptions. There are still some adherents to the pre-RWS system of “pip” cards, often called the “Marseille” system named after the influential Marseille deck. And there is also Aleister Crowley’s Thoth Tarot, which remains popular though fairly niche among Tarot enthusiasts and occultists.

While I disagree with anyone who says that Tarot is simply a matter of memorizing stock “meanings” or “keywords” associated with particular cards such that the 6 of cups “always” means, e.g., nostalgia, or childhood, on the other hand, one of the best ways to learn is to start building up a “foundation” of keywords and associations tied to particular cards. And there’s no better way to do that than to stick with the RWS Tarot.

There is a modern phenomenon in Tarot circles that I like to call the “collector syndrome”. There’s nothing inherently wrong with collecting Tarot decks as a hobby, in the way one collects stamps or something. After all, the Tarot is a wonderful and beautiful artistic medium that hundreds if not thousands of brilliant creators have used to express themselves.

However, if your main goal is to not just pursue Tarot as a hobby, but to actually improve your skill as a reader, then I think it would be wise to resist the temptation to buy the latest fashionable deck on Kickstarter and stick with just a handful of decks (or better yet, one). In my opinion, people underestimate how long it takes to really get fluent in the language of a deck, and they flit about from deck to deck never really getting acquainted with the symbolism of any one deck, and then wonder why their readings don’t make any sense.

It takes time for your consciousness to get to know a Tarot deck, to really know its finer textures and details in and out. The goal should be for you to be able to read it automatically and intuitively. Interpreting it should become second nature, like riding a bicycle.

But like I said, there’s nothing wrong with collecting in and of itself. If that’s your main motivation, or if that is what makes you happy, knock yourself out. There are no rules here. My advice is the end-all-be-all of advice and everyone has their own unique motivation and approach to the Tarot. I’m simply giving my best advice for people who are serious about improving their Tarot intuition.

What version of Rider-Waite should I get?

In my opinion, you cannot go wrong with the most basic, most classic version of them all: The Classic Rider Tarot published by U.S. Games Systems.

Why go fancy when you’re just trying to do the basics? Now, some people might not like the original artwork. That is perfectly valid. I’m not saying this is the only way to go or necessarily the best way. This is simply my best advice. Once you learn this deck, you will be able to “graduate” to decks you find more aesthetically appealing. And you might even learn to appreciate Smith’s original artwork. I didn’t like it at first but over the years it has certainly grown on me.

How does the Tarot work?

How to Connect With Your Tarot Deck

Why Is Tarot So Popular All of a Sudden?