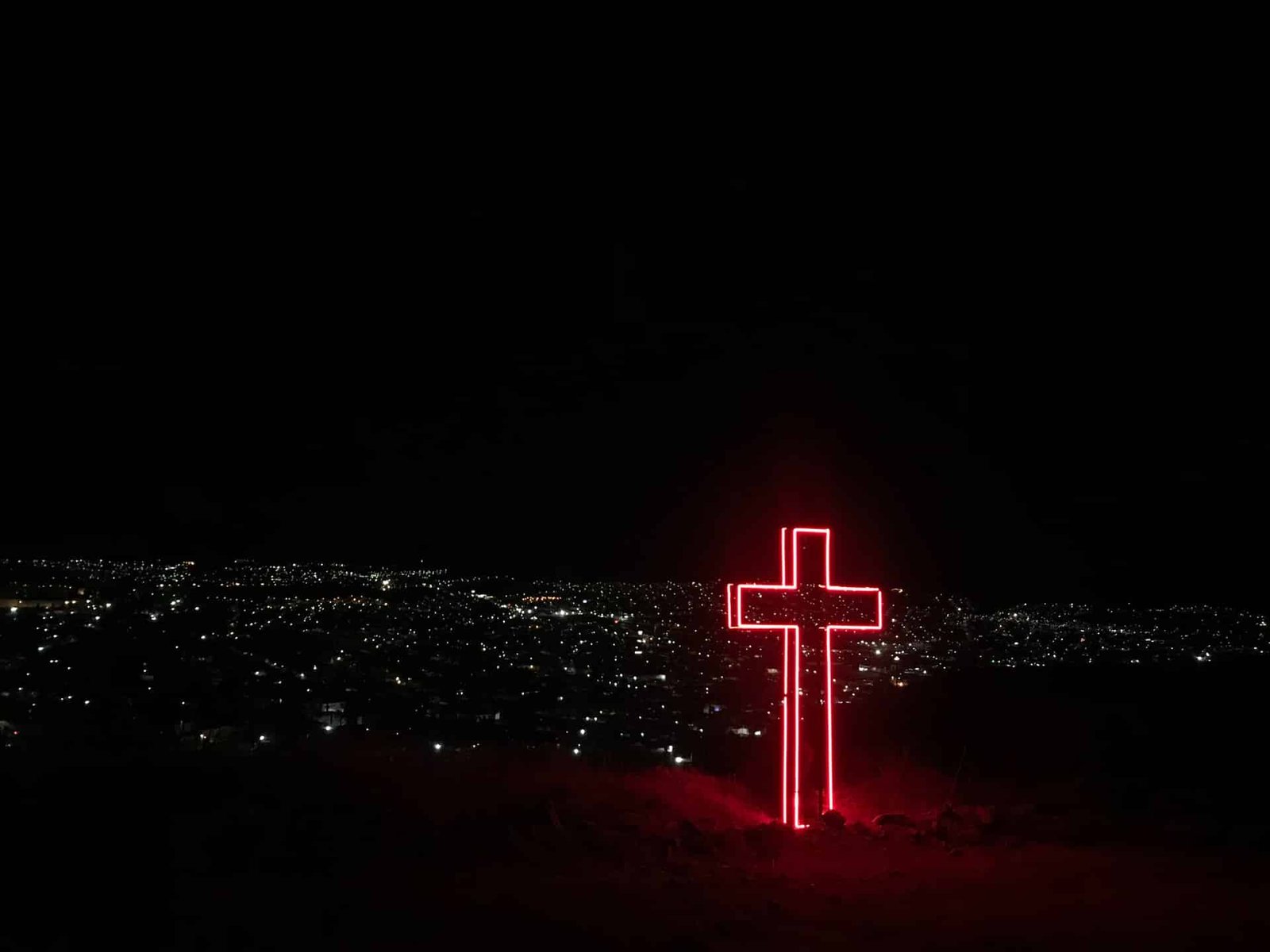 Agnosticism is usually defined along a spectrum in contrast to gnosticism. If you are a gnostic, you believe it is possible to have knowledge as to whether God exists or not.

Sidenote: the ancient religion of gnosticism as indicated in the Nag Hamadi texts is not related to this discussion, except insofar as they emphasized experience (gnosis) of the divine.

Anyway, the gnostic atheist says: not only do I happen to not believe in God (or any god), I know that God does not exist. The gnostic atheist is usually a gnostic on account of some philosophical argument(s).

In contrast, both the agnostic atheist and the agnostic theist say: We have our beliefs or lack of beliefs about God and the spiritual world, but we do not claim to know such beliefs are true. We might believe some weight of evidence or argument from best explanation, or what have you, but when you get right down to it, we express no utter conviction about such things.

The agnostic says that beliefs about God and other “big picture” metaphysical beliefs about the Cosmos and the Nature of Spiritual Reality are simply not the kind of things we can know, at least not in the way we know 1 + 1 = 2 or that I have two hands.

The gnostic theist at this point leaps in to say “A ha! So you admit some metaphysical knowledge is possible for you admit that knowledge of numbers is possible, and surely, [on the basis of some long-winded Platonic argument], numbers exist metaphysically. Also if you say you know you have two hands then you know the philosophical skepticism is false, a metaphysical position!”

The agnostic reminds the gnostic that there are quite substantial debates as to the nature of mathematics or philosophical skepticism and that they have good reason to be agnostic about the possibility of ever nailing down firmly and once and for all certain knowledge as to the metaphysical nature of mathematics. Platonism is not the only game in town, as they say. Similarly, for the problem of the external world (i.e. the knowledge I am not in the Matrix).

The gnostic and the agnostic go back and forth similarly about various topics, each time the agnostic expressing doubt about whether one can have certainty about philosophical and theological issues that have been hotly contested by wise and clever people for thousands of years.

From the agnostic’s perspective, all she sees is a vast plurality of possible beliefs, most of which contradict each other, and all of which have been vehemently defended by wise philosophers since time immemorial. Who is she to finally say, “I have the answers; finally, I have figured it out!”

The gnostic retorts, “But surely you cannot be so wishy-washy! You have to believe in something. Otherwise, you would be an aimless, miserable fool who topples over at the tiniest gust of wind. Either that, or your life would have no meaning at all.”

But here the agnostic says, “You are mistaken. I am agnostic about the very concept of belief. I do not claim to have knowledge of how the mind works such that I know for sure what my own beliefs are. I do not claim to know that I believe. On the one hand, I find spirituality, magic, and metaphysics to be incredibly fascinating topics. The contemplation and study of these fields is intriguing. But on the other hand, I do not know whether I believe in such things. If I look at my mind from one angle, it seems as if I do believe in these things. But if I look at my mind from another angle, it seems as if I don’t. Thus, I am agnostic about whether I myself am an atheist, materialist, theist, animist, monist, idealist, pragmatist, platonist, etc.”

What the agnostic is articulating is a position I like to call: radical agnosticism.

The non-radical agnostic atheist says: I lack a belief in God but I do not claim to have knowledge as to whether God exists.

The radical agnostic, in contrast, says: I do not know whether I lack or do not lack belief in God, and I certainly do not claim to have knowledge as to whether God exists.

The normal agnostic atheist or agnostic theist does not claim certain knowledge about the existence of the spiritual world, but does not express doubt as to whether they believe or lack belief.

However, I am not denying that some believers go through periods of doubt as to whether they believe, and vice versa for atheists.

What I am saying is that the normal agnostic does not express doubt as to the possibility of truly knowing whether they believe or do not believe.

One might object, how is it possible to be so agnostic and function normally? Would one not be paralyzed by the utter doubt and uncertainty? Would one not descend into nihilism and meaningless?

The radical agnostic responds by saying, “On some models of the mind, I would be paralyzed, surely. But on other models of the mind, I would function just fine. Since these are metaphysical models, and I am agnostic about metaphysics, I claim no certain knowledge about which model is correct. And I seem to function just fine, so there is no cause for concern.”

The point of it all is to enjoy the search. Which might include in that hunt the search for knowledge, for gnosis. Perhaps there are truths to be had outside of the discursive realm altogether, moments of divine ecstasy and altered consciousness which cannot be so easily reduced to the realm of intelligibility familiar to normal, waking, linguistic consciousness.

Thus, the radical agnostic is not afraid to try things. In this way, they are very similar to the chaos magician, the experimentalist, and the pragmatist. Since you don’t know what you believe, what’s the harm with trying things so long as you don’t hurt anyone?

Gotcha! Says the gnostic. You do believe in something after all! Morality! After all, if you were truly agnostic about metaphysics, you wouldn’t believe in concepts like “it’s bad to hurt people.”

It is like this for everything. I do not even have strong beliefs about what my own gender is. I believe that belief itself is a broken concept and must be interrogated.