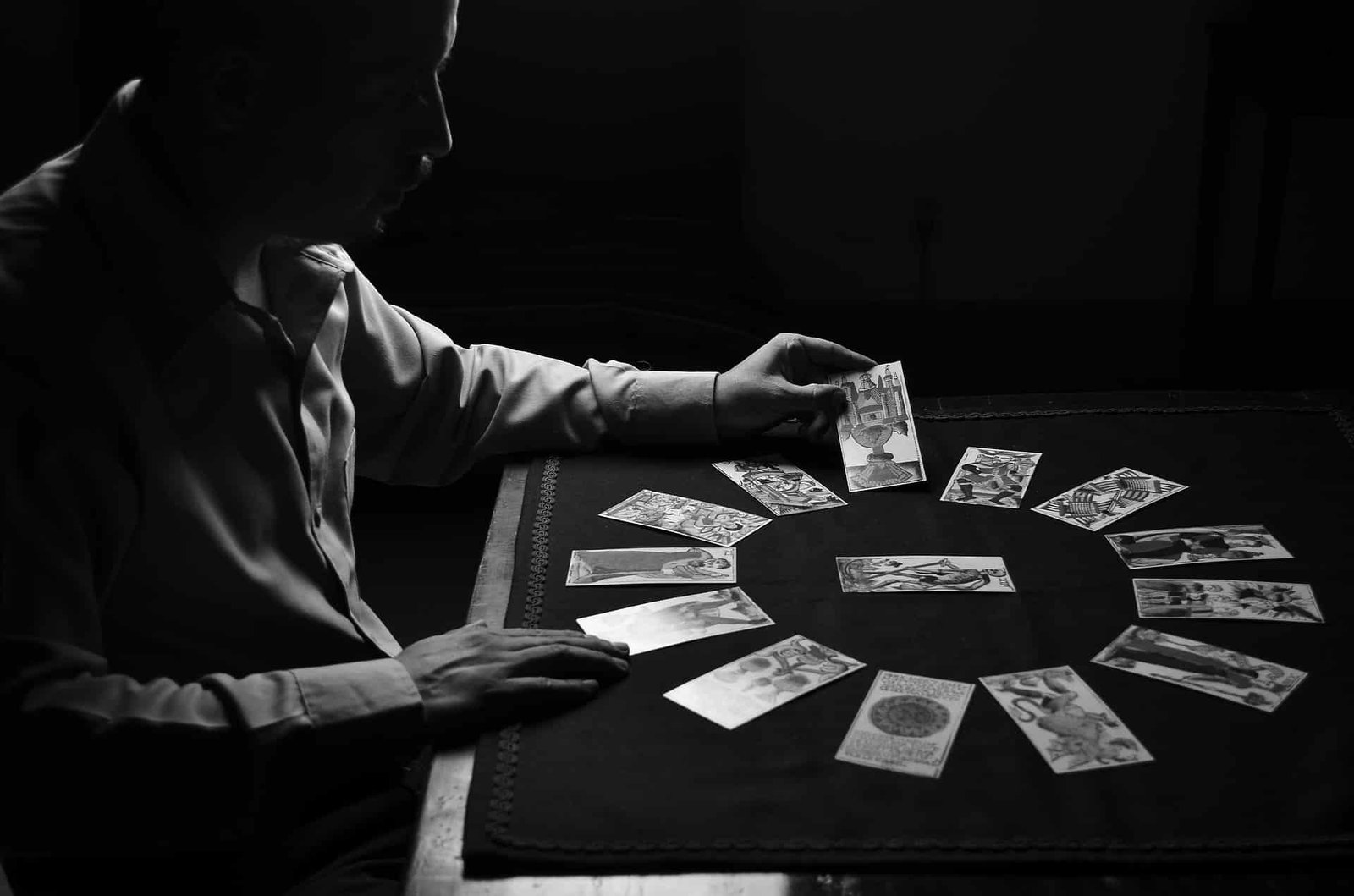 A common concern for people interested in learning Tarot is that reading Tarot is difficult, with a steep learning curve.

I believe the Tarot is extremely easy to learn but difficult to master. And therein lies the key difference.

How to get started

Once you get over a few common myths surrounding Tarot reading, getting started with Tarot is surprisingly easy.

Myth 1: You have to be psychic to read the Tarot

This is a common misconception of the Tarot. We have an association from popular culture and pop occulture that the Tarot has to do with fortune-telling, and in order to predict the future, you have to have a finely attuned intuition that taps into the astral realm, or however you want to think about it.

I believe some rare folks do have highly attuned psychic powers since we know from Psi research on ESP that a select few people are especially gifted in this area. The CIA has even recruited them for secretive government projects on remote viewing like Project Stargate.

However, two things to say here: (1) research shows that ESP powers can be trained with a combination of training and feedback and (2) such powers are unnecessary to perform effective Tarot reading sessions, either on yourself or someone else.

Myth 2: Tarot is only about fortune-telling

The key here lies in the difference between fortune-telling vs divination. Fortune-telling is self-explanatory: it involves predicting the future in a concrete way. Divination, however, is more inwards facing, psychological, mythological, and spiritual. The common metaphor for divination is the mirror: turning inwards to find the divine spark inside you that connects you to either your unconscious mind or the Higher Powers beyond via hermetic principles.

Divination is effective because of at least two things (1) synchronicity and (2) hermetic philosophy.

Synchronicity is Jung’s concept of meaningful coincidence. Anyone who works with the Tarot long enough has many stories of synchronicity. It is the phenomenon wherein the Tarot seems to have a preternatural ability within to product coincidences that are deeply meaningful, both with the cards and with your own life.

These coincidences provide a series of beacons that tell us we are on the right path. It is common in religious tradition to view synchronicities as signs from the heavens.

Second, hermetic philosophy is based on the core truth that as above, so below, and vice versa. In other words, the world of humanity and psychology (the microcosm) is isomorphic to the spiritual world, the world of divinity (the macrocosm). Based on this idea, our minds take on divine aspects, and initiation begins the process of discovering the divine spark in all beings that connects them to the larger structure of divinity and the cosmos.

Furthermore, hermetics is crucial to divinatory Tarot insofar as the Tarot itself is a microcosm that reflects the structure of God. While some find the hermetic approach to Tarot historically inaccurate, others find deep spiritual meaning in exploring the symbolic systems of the Tarot and finding meaningful structures and patterns as they relate to occult traditions such as numerology, astrology, and Hermetic Qabalah.

This is only one way to approach the Tarot. But the key point is that having a finely tuned predictive intuition is not necessary to give good readings.

Overcoming this myth is critical to getting started as a beginner and quickly learning the Tarot. There is absolutely no shame in simply laying out some cards and reading the meanings in the book that comes with the deck.

Repeat after me: using the Little White Book is real Tarot and can be just as effective as any other method.

While you would probably feel ripped off if you paid a professional Tarot reader a lot of money and they just read from a book, this does not apply when you, as a beginner, are just starting out. When you see a pro, you are paying for their experience, intuition, and wisdom.

But professional Tarot is by no means “more effective” compared to deeply personal readings done for yourself. It’s really apples and oranges. They serve two different functions.

And if you are using a book to read for others as a beginner, that doesn’t make you a Tarot imposter or a fraud. That is still “Tarot.” If you use the Tarot you are a Tarot reader. And even if you are an advanced Tarot reader, there is nothing saying “you can never look at the book again.” Sometimes the authors of Tarot books are very insightful and consulting these meanings is a terrific way to glean truths from your reading and experience meaning in the cards and your life.

All this is to say that it’s not hard to learn the Tarot. But mastery is a different beast altogether. You can spend your whole life studying the Tarot and only scratch the surface. The Tarot has long tendrils that reach in infinite directions into every corner of spiritual, occult, mythological, and cultural archetypes. Its tendrils also reach deeply into your own unconscious, and as any spiritual seeker knows, shadow work is a lifelong journey, not a weekend project.

Furthermore, the Tarot is not a static, dead, dry system. It is living, breathing, and continually co-evolving with humanity and culture. Because of its dynamic nature, achieving mastery of the Tarot today does not entail mastery tomorrow. It is an ongoing learning project. One must always maintain the attitude of being a student.

Arrogance is a sign of ineffective Tarot because it corrupts the soul. You end up learning from your own Ego rather than letting the Tarot continue to teach you. By saying “I have mastered the Tarot” you are in effect declaring your own ego to be more powerful than the Tarot, which, in my opinion, is a dangerous path.

So it is important to not be complacent in your learning. Never assume you don’t need to learn and study more. And by the way, one of the best ways to maintain a student attitude is to actually teach the Tarot. Writing, studying, and teaching Tarot to others is the quickest way to come to a Socratic attitude and realize that the only thing you know is that you know nothing.

Should You Read Your Own Tarot Cards?

Should you use reversals in Tarot?

Tarot and Fortune-Telling: What Are the Limits?

How Does Tarot Work?