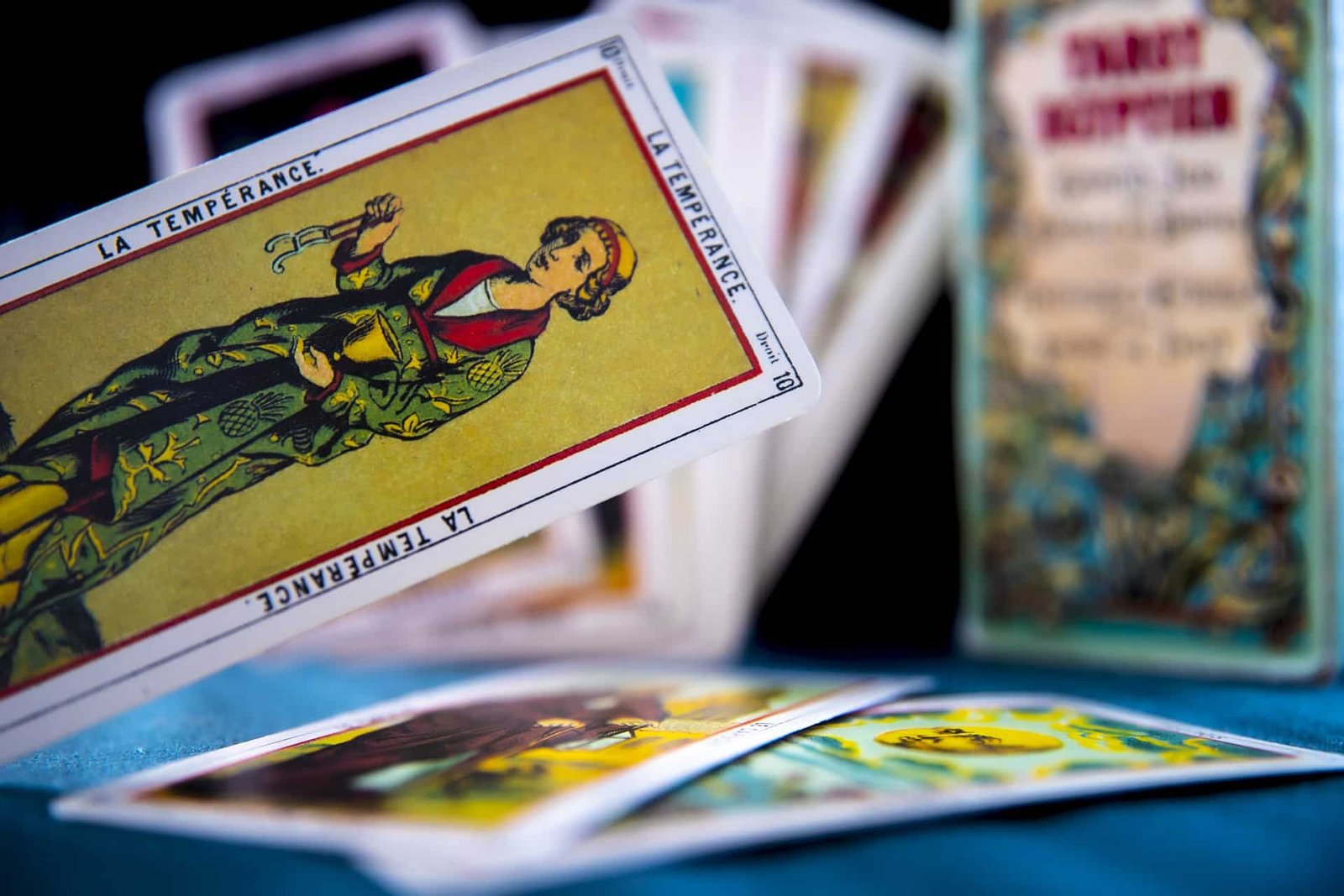 To my surprise, I found out that the number one “auto-complete” in Google for “Is Tarot…” is “Is Tarot a closed practice.”

It is surprising insofar as the answer is so obviously “no” that it hardly merits attention as a question.

But it is not surprising insofar as the general question of “Is X a closed practice?” is one I see witches, pagans, magicians, and occultists asking more and more, especially among younger generations, and even more especially among these folks on the internet.

This wouldn’t necessarily be a bad thing if the underlying theory of cultural appropriation in operation wasn’t itself flawed. I see it often used as a kind of weaponized call-out mechanism designed to separate who is good vs who is bad and close the wagons around a self-selecting group of righteous people who have excised all magical history that is deemed “problematic.”

Take the Tarot question: Is Tarot a closed practice?

Presumably, the idea floating around in some circles is that it is “closed” to Romani people and thus any Western or non-Romani person using Tarot for fortune-telling or divination is engaged in that most-horrible of sins: cultural appropriation.

I don’t mean to deny that in some cases it wrong to appropriate culture from people, but we need to be more nuanced and distinguish between: (1) learning from a culture (2) being interested in a culture (3) borrowing from a culture (4) exchanging ideas and practices with a culture (5) stealing from and profiting from a culture (6) using terms and concepts that have been borrowed or stolen or exchanged from a culture because in some sense the “cat is out of the bag” and there is no way of un-melting the melting pot and (7) engaging in cultural practices that are deeply offensive to a significant portion of that culture.

In my opinion, it is only really (5) stealing from and profiting from a culture and (7) deeply offending a culture (with the caveat that sometimes the boundaries are fuzzy between all these categories).

An example of (5) and (7) would be a white person making caricatured Native headdresses and selling them for a profit and deeply offending a significant portion of Native culture.

Why do I emphasize “significant culture”? Because, surprise surprise, “cultures” aren’t a monolith! There can be differences of opinion within a culture in regards to what exactly counts as cultural appropriation.

If Group A engages in practice X and that practices only offends 100 people out of 50,000, do we really want to say practice X is an example of cultural appropriation?

The cat is already out of the bag

Say what you want about the historical origins of Tarot and its actual, factual relationship with Kabbalah, there is a very real sense in which Western Hermetic Qabalah (with a Q) diverged from Jewish Kabbalah hundreds of years ago and has been culturally evolving along an independent esoteric track so much so that Qabalah with a Q and Kabbalah with K are for all intents and purposes two different things.

Accordingly, do we really want to say that a Westerner engaging in Qabalah to inform their Tarot practice or magic is engaged in a problematic form of cultural appropriation and that they should just ignore the fact that for hundreds of years Western occultists have been influenced by this tradition of Hermetic Qabalah with a Q?

Arguably, might say the original act of stealing from Kabbalists to form Western Qabalah was wrong, but after hundreds of years of cultural evolution and syncretic influence from multiple sources (hermeticism, Platonism, Christianity, alchemy, astrology, etc., etc.) Qabalah with a Q is so different from Kabbalah that to my mind it doesn’t really make sense to get upset and try to crack down on Western esotericists from being engaged in Qabalah.

What’s important is that a Qabalist doesn’t walk around talking about how they are a Kabbalist without understanding and respecting the distinctly Jewish features of that mystical belief system.

The importance of respect

The lessons from Qabalah generalize to much of the modern occult discourse around cultural appropriation.

Rather the problem comes from (1) ignoring history (2) lacking respect and (3) colonization and imperialism.

Usually these two things are interrelated.

If you cannot take the time to learn about the history of a concept/belief/practice/etc. then how can you possibly learn to give that thing the respect it deserves?

You don’t have to read 5 books or write a dissertation on something to respect it. But you do have to put in a little effort to, for example, learn that Tarot is not an ancient mystic art first develop in Egypt thousands of years ago.

Furthermore, part and parcel of good research is to seek out voices from the very culture you are trying to learn about, and not the white folks who either colonized them or are now playing the role of cultural defenders on their part.

For example, take the issue of chakras. If you talk to a lot of white, left-leaning witchy folks on the internet you will often hear them say that chakras is a “closed system” and if you are a Westerner you aren’t allowed to use chakras in your magical or spiritual practice.

However, if you talk to actual Indian people who are experts on chakras, you will often find they are very enthusiastic about non-Indians learning about chakras and incorporating them into their practice.

On the flip side, what isn’t cool is taking a spiritual practice like yoga and bastardizing it and corporatizing it and turning it into a butchered, capitalized product that steals vague terms of yogic practice and decontextualizes them so you can “melt fat” while chanting in a foreign language.

Obviously, it is hard to precisely define where to draw the line here but generally I would lean on (1) knowing it when I (or more importantly, those of the actual culture) see it and (2) trusting actual Indian people to tell you what is and is not crossing the boundaries of respect (while recognizing there can be of course diversity of opinion among 1 billion people).

Take another common example of a “closed practice” that has started more internet wizard wars than almost anything else: is “smudging” a closed practice?

Here there are many angles from which to approach this:

Ultimately, I think it’s about (1) recognizing the importance of nuance (2) realizing that sometimes there aren’t clear answers and (3) taking extreme caution when it comes to acting that we, as white people, must act as culture-police to enforce strict boundaries between all cultures in to prevent any cultural transmission when sometimes that isn’t even the desire of the cultures we are trying to “protect.”

So is Tarot a closed practice?

As magicians, it is important to know our history. Consider Alexandria, the ancient source of so much of our occult heritage in the West. Alexandria was exactly what we would now call a “melting pot” of cultures. Magicians were freely influenced from a vast network of cultural interchange, with ideas flowing along the Silk Road as well as the Roman Roads, absorbing influences from around the world to form highly syncretic magical systems.

In a sense, all cultural ideas are syncretic or at the very least evolutionary. No culture remains stagnant forever and contact with another culture will inevitably lead to an interchange of ideas.

Now, unfortunately, it must be recognized that Western culture has often acted as colonizers and imperialists, forcing their culture as dominant, pillaging and stealing and wiping other cultures out of existence only to resurface their ideas in a white-washed fashion.

Obviously that is bad. Obviously we don’t want to perpetuate that legacy.

But obviously Tarot is not a closed practice. Not even close. It is a highly syncretic system of symbolic and cultural evolution influenced by creators and esoteric thinkers from around the world. Nobody owns it. Tarot practices 400 years ago are not “better” than Tarot practices today and vice versa.

How Can I Let Go of My Ego?