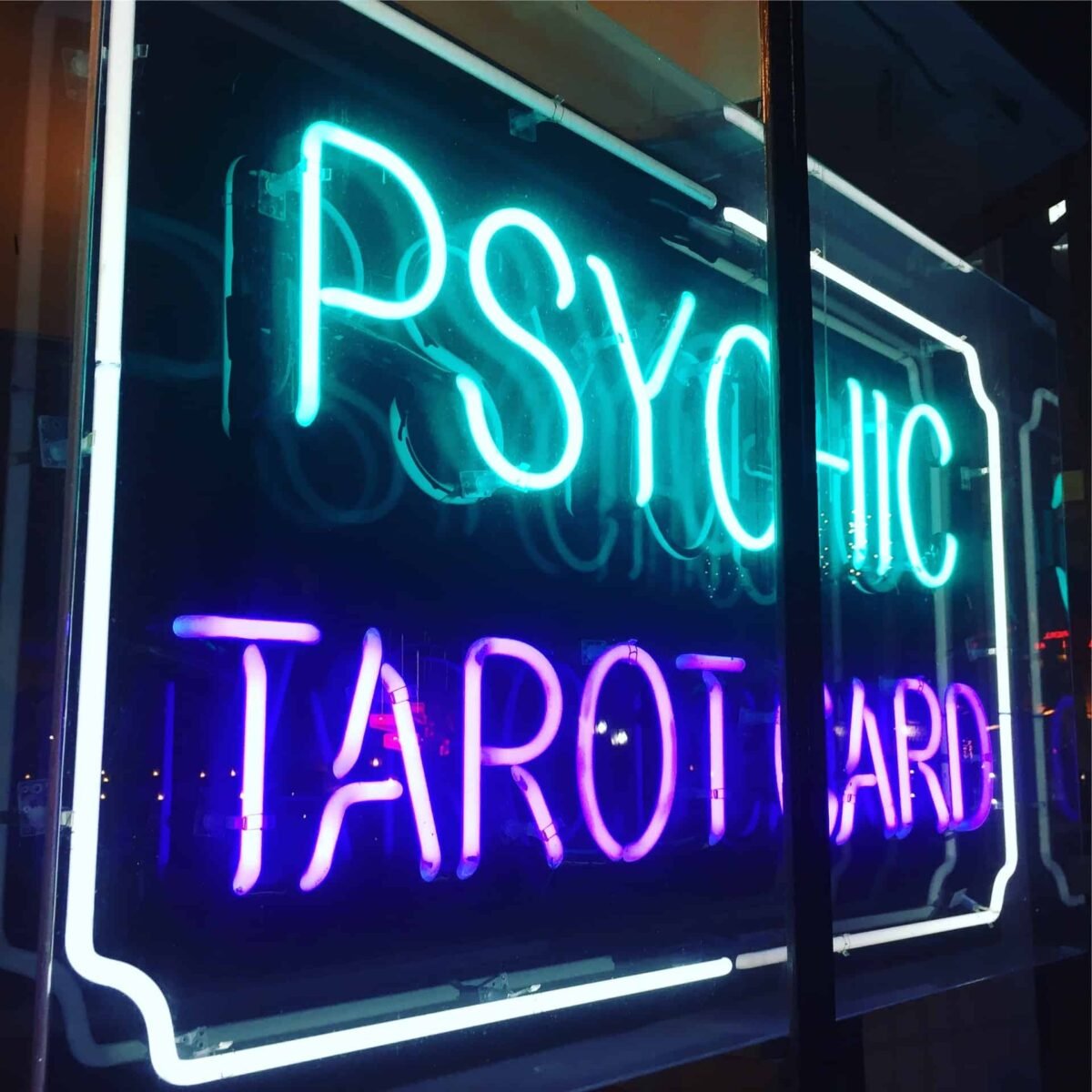 If you are interested in having your Tarot cards read for you but don’t have access to a Tarot reader in real life, you might be wondering: Can Tarot reading be done online? The short answer is yes, absolutely.

Are they the same? No. There is definitely a unique feel to having your Tarot read in real-life. But online Tarot readings done by the right reader have the potential to be just as empowering, just as insightful, and just as accurate as anything else.

The first point I want to make is that the Tarot works regardless of whether we understand “how” it works.

The reason we cannot see the “machinery” of Tarot is that, like all divination, it operates according to the principle of synchronicity.

Synchronicity is a concept that the great 20th-century psychologist C.G. Jung coined as he was doing research into the phenomenological reality of anomalous phenomena.

In a nutshell, an instance of synchronicity is a meaningful, acausal coincidence.

Let me break that down.

Furthermore, a synchronicity is acausal insofar as there is no direct causal connection which “mechanically” explains the coincidence. Jung’s most famous example is the golden scarab:

A young woman I was treating had, at a critical moment, a dream in which she was given a golden scarab. While she was telling me this dream, I sat with my back to the closed window. Suddenly I heard a noise behind me, like a gentle tapping. I turned round and saw a flying insect knocking against the window-pane from the outside. I opened the window and caught the creature in the air as it flew in. It was the nearest analogy to a golden scarab one finds in our latitudes, a scarabaeid beetle, the common rose-chafer (Cetonia aurata), which, contrary to its usual habits had evidently felt the urge to get into a dark room at this particular moment. I must admit that nothing like it ever happened to me before or since. ~ C.G. Jung, Synchronicity: An Acausal Principle

Here we see a clear illustration of the definition of synchronicity. Obviously, the scarab was deeply meaningful to the client insofar as it had been an important symbol in her dream. But there is no clear causal-mechanical connection between the dream scarab and the real-life scarab. Hence, an acausal meaningful coincidence i.e. synchronicity.

Tarot works in pretty much the exact same way.

As we are shuffling the cards we are creating random coincidences. As many Tarot lovers across the world can attest, the exploration of the Tarot often brings up coincidental card drawings that are deeply meaningful in a way that cannot be explained in any clear causal connection. This is what gives Tarot its magical reputation.

Jung’s explanation of how this is possible is based on the ancient principle of the Unus Mundus or One World. According to this principle, everything is connected, even things that are disconnected causally in space and time. In other words, Jung postulated, based on ancient hermetic principles, that everything in reality shares an acausal connection that is grounded in meaning. Such is the stuff that dreams and synchronicities and anomalous experiences are made of.

Ok, so now that we have the concept of synchronicity in our conceptual toolbox, I can now turn to online Tarot reading.

In other words, the online world is just as good of a medium for the generation of synchronicities as any other medium.

Thus, from a magical or occult perspective, online Tarot readings are no less “magical” than sitting in a dark room with candles and incense burning.

However, in order to experience synchronicities from online Tarot reading, one must approach them with just as much seriousness as one would with a in-person reading.

And any good Tarot reader doing online readers will take it just as seriously as well.

When I do online readings for people, I enter into just the same kind of meditation I would for any in-person reading. During this meditation, I shuffle the cards and think of the person on the “other end” and their question, turning it over in my mind and creating an intentionality or “aboutness” in my mind. This internal representation of the Seeker and their question enables the unconscious mind to find the connections within the Unus Mundus that make meaningful synchronicity possible.

It is from this matrix of meaning that the Tarot is able to “work” successfully in online Tarot readings.

Furthermore, as I am writing up my interpretation of the cards on my keyboard, I find I am just as inspired as in-person when I am speaking aloud. As an experienced writer, I am able to “let go” as I write and let my intuition speak through my typing. I have found that the best online Tarot reading comes from a kind of stream-of-consciousness method of writing. If I think too much about what I am about to say, it never turns out as well.

So there you have it: an explanation of how online Tarot reading “works.”

Can Tarot reading be done online? Absolutely. And thanks to the principle of synchronicity, online Tarot readings have the potential to be just as impactful as anything done in-person. And given the right reader and the right Seeker, it is definitely possible for online readings to be more meaningful than anything in-person. This is because of the acausal principle of synchronicity: everything is connected.

Tarot and the Occult: Still Growing in Popularity

The Psychology of the Tarot

Should you read your own Tarot cards?

How I Came to Believe in the Tarot

2 thoughts on “Can Tarot Reading Be Done Online?”