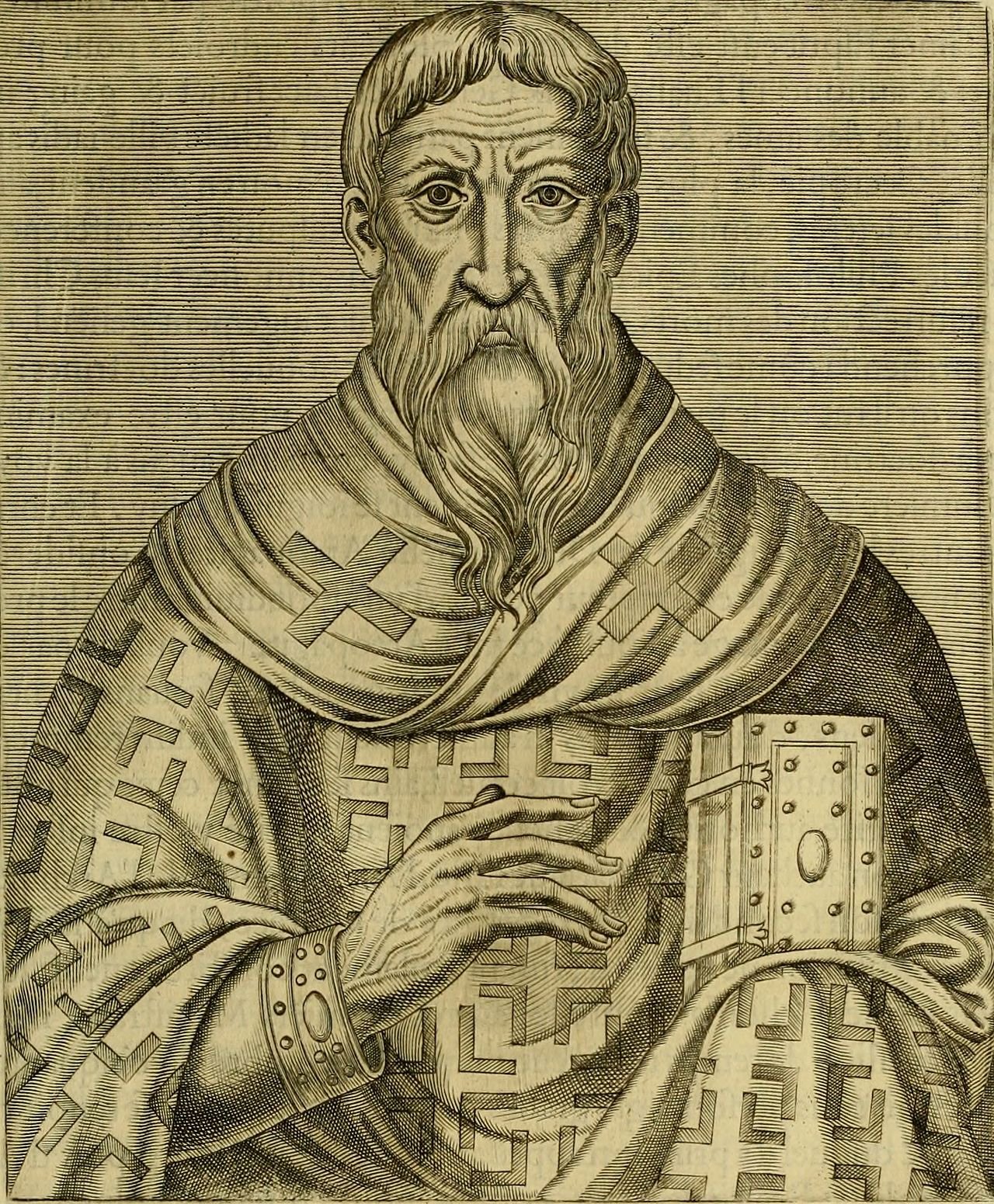 What is the nature of God? Many ancient and wise people have attempted to elucidate the meaning of the term “God” by saying things like “God is one.” But what does it mean God is one?

I humbly submit the following words as a meager gesture towards elucidation, a small and insignificant finger pointing towards an impossibly big and ultimately mysterious Moon. I know I will fail in my attempt to make sense of God, as all such concepts and language and philosophizing must inevitably fail, but as someone called to the art writing, I feel that I must nevertheless try.

In Mark 12 a scribe asks Jesus which is the first commandment.

Notice the first thing he says: “the Lord our God, the Lord is one.”

What does this “one” mean? Why does he preface his commandment of loving God with this statement that “The Lord is one”?

The phrase seems to be a quotation of Deuteronomy 6:4: “The Lord is our God, the Lord is one.”

Theologically, what does it mean that “God is one”?

Although, ultimately, such an understanding is beyond the limitations of ego-consciousness, I believe we can best make sense out of this concept of “oneness” in terms of the Neoplatonic concept of The One, echoing Plato’s great definition of God or the as “The One,” the cosmic unifying Idea, the Unus Mundus, The One World, the unification of all multiplicity into a subsuming, unitary substance or Monad: The One.

Why is this part of the “first commandment”? It is not a commandment, but a statement. But how does it relate to the following command to “love your God with all your heart, all your soul, and all your mind, and all your strength?”

I believe it is related insofar as the idea that “the Lord is one” is an axiom from which the rest of the commandment follows.

If God is One, indeed if he is The One, then he is the ultimate principle of metaphysical unity.

There are many good things in the world. But what makes them all Good?

There are many true things in the world. But what makes them all True?

There are many beautiful things in the world. But what makes them all Beautiful?

For Plato, the core idea is that there is a universal principle or Idea that underlies all particular manifestations of good, true, and beautiful things. These are what are now called the Platonic Forms, or Platonic Ideas. They are conceptual and metaphysical principles that provide the ontological foundation for the manifestation of any particular.

But beyond the Ultimate (but still particular) Principles of Truth, Beauty, and Goodness, one can still transcend higher (or deeper) to an even more universal principle: The Idea of the One as opposed to the Many.

It is this One that is the Source of the very Ideas of Truth, Beauty, and Goodness. Indeed, this is the source of the existence of existence itself.

The great Christian Neoplatonist Pseudo-Dionysius understood this principle of Oneness better than most. On his treatise on the Divine Names, which reconciles the many names of God (Father, Christ, Holy Spirit, Lord, King, etc.) with the Oneness of God, he writes:

​​For example, since Almighty God is superessentially Being, but the Being is bequeathed to things being, and produces the whole Essences; that One Being is said to be fashioned in many forms, by the production from Itself of the many beings, whilst It remains undiminished, and One in the multiplicity, and Unified during the progression, and complete in the distinction, both by being superessentially exalted above all beings, and by the unique production of the whole; and by the un-lessened stream of His undiminished distributions. Further, being One, and having distributed the One, both to every part and whole, both to one and to multitude, He is One, as it were, superessentially, being neither a part of the multitude, nor whole from parts; and thus is neither one, nor partakes of one, nor has the one. But, beyond these, He is One, above the one, to things existing—-One, and multitude indivisible, unfilled superfulness, producing |26 and perfecting and sustaining every one thing and multitude. Again, by the Deification from Itself, by the Divine likeness of many who become gods, according to their several capacity, there seems, and is said to be, a distinction and multiplication of the One God, but. He is none the less the Supreme God, and super-God, superessentially One God,—-undivided in things divided, unified in Himself, both unmingled and unmultiplied in the many. And when the common conductor of ourselves, and of our leader to the Divine gift of light,—-he, who is great in Divine mysteries—-the light of the world—-had thought out this in a manner above natural ability,—-he speaks as follows, from the inspiration of God, in his sacred writings—-“For, even if there are who are called gods, whether in heaven or upon earth, as there are gods many and lords many; but to us there is One God, the Father, from Whom are all things, and we unto Him,—-and One Lord Jesus Christ, through Whom are all things, and we, through Him 19.” For, with regard to things Divine, the unions overrule the distinctions, and precede them, and are none the less unified, even after the self-centred and unified distinction. These, the mutual and common distinctions, or rather the goodly progressions of the whole Deity, we will endeavour to the best of our ability to celebrate from the Names of God, which make them known in the Oracles;—-first, having laid down, as we have said, that every beneficent Name of God, to whichever of the supremely |27 Divine Persons it may be applied, is to be understood with reference to the whole Supremely Divine wholeness unreservedly. [bold emphasis mine]

I know this is hard to parse and seems quite jumbled but the lesson seems to be this:

The entire message of Christianity, the “Good News,” the revolutionary character of Christianity itself, is that it carries a universal message applicable to both Jews and Gentiles, and indeed, to all Creation itself, throughout the stars and across the entire Cosmos.

This is why the fundamental axiom of the first commandment is that God is One.

Furthermore, the first commandment itself speaks in universal terms: all your heart, all your soul, all your mind, all your strength.

Thus, the first principle of ethics is to recognize the interconnected and divine nature of all reality, to indeed recognize that everything is sacred, everything is holy, including and especially the smallest pebble on the loneliest planet.

And furthermore, the second commandment from Jesus is “‘You shall love your neighbor as yourself.’ There is no other commandment greater than these.”

This commandment also follows plainly from the axiom of Oneness.

It is just that my Ego is constantly in a state of forgetting this most basic of all truths.

This is the essence of all mystical contemplation: trying to remember this oneness, from which all emanates.

If we love ourselves we are loving God. But by the same axiom from which we understand that truth, it follows that loving anything outside of ourselves is also loving God. Indeed, Love itself, as a manifestation of The One, is an emanation of The One and thus sustained by The One.

Thus to love at all is to participate in the divine union of God, Her cosmic hug that envelopes all of reality and then transcends it into the highest possible universal principle: Oneness.

We must be absolutely clear that it is impossible for our finite, human minds to fully understand what this means.  We can approach an understanding as finite consciousnesses but the only way to fully realize the Truth of this statement is to be God Herself. But since God is One with All and thus interpenetrates and participates in All, our attempts to understand this principle share a Oneness with God.

In psychological terms, the separation of the Ego and reality must dissolve before we can come anywhere close to this realization. But then once dissolved and understood, we cannot take this understanding back across the chasm into our finite ego-consciousness.

All we are left with is a vague sense-memory of gnosis deep in our hearts and souls. But the full realization and impact of this truth escapes us when we are plainly awake in everyday-consciousness.

The surfer in the middle of riding a huge wave, her entire consciousness “one with the wave,” focused, not on egoistic self-reflection, but completely outside of herself, being-in-the-world, being-in-the-wave, has a better understanding of her union with reality and thus God than any philosopher or writer steeped in intellectual exercises of reflection.

What does it mean Christ is All and In All?

Was Jesus a Stoic?