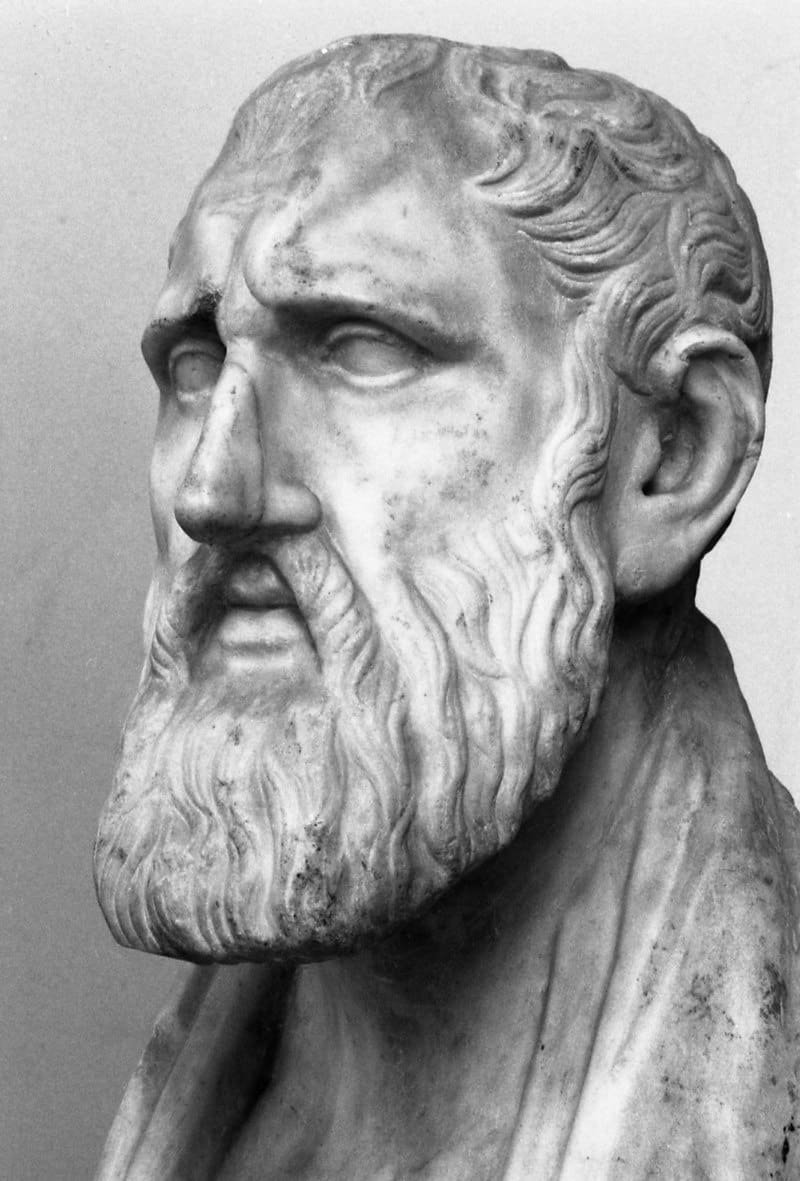 Was Jesus a Stoic? If by “Stoic” we mean explicitly a member of the Hellenistic School of Philosophy started by the Greek philosopher Zeno in the 3rd century BCE, then no.

But Jesus was not some backwoods carpenter with no exposure to the broader world of Greco-Roman philosophy. The Bible tells us He was learned, and a great teacher of the Law (Rabbi).

As a carpenter in the Greco-Roman world coming into cosmopolitan cities to find work, He almost certainly would have been exposed to Greco-Roman philosophical ideas and vocabulary, including Stoicism. Indeed, Paul himself went to Athens and met the Stoics (Acts 17:16–18) and employed much of the same vocabulary and philosophical spirit, particularly in his outreach to the Gentiles.

We also see the Stoic-like concept of Logos employed in the Gospel of John, although the function of the Logos in Christianity is quite different when we consider the notion of Incarnation.

However, Stoicism, being widely popular in the Greco-Roman world in Jesus’ time, would have been one of those ideas “in the air,” as they say.

But for me, the most central similarity between Jesus’ message and that Stoicism is the shared emphasis on inner freedom or serenity in the face of external circumstances. Consider what Jesus says in Luke 12,

32 “Do not be afraid, little flock, for it is your Father’s good pleasure to give you the kingdom. 33 Sell your possessions, and give alms. Make purses for yourselves that do not wear out, an unfailing treasure in heaven, where no thief comes near and no moth destroys. 34 For where your treasure is, there your heart will be also. (Luke 12:32-34)

What a beautiful metaphor. Where the treasure is, there your heart will be also. This idea of “heart treasure” is critical to understanding the Stoic message of Jesus. But this concept will require some unpacking before we make an explicit comparison to Stoic serenity.

“For where your treasure is, there your heart will be also.” What does “heart” mean in this context?

Ancient Egyptians saw the core of their conscious experience to be housed in the heart.

But if the heart is the seat of the soul, what is the soul, and what kind of treasures can be found in the Soul?

What is it then?

First and foremost the Soul is a totality, a whole. It is holistic.

To say the Soul is holistic means that when we consider any individual or particular component of the Soul, we cannot but fully understand this part except by reference to the whole of the Soul.

The Soul concept is essentially a systems-level perspective that believes a “top-down” perspective is necessary for understanding the parts.

Thus, a Soul-centered perspective of ourselves can be contrasted by a mechanical perspective which always seeks to break all “top down” layers of organization into component parts and explain the top layers entirely in terms of the lowest layers.

But for the Soul, there is a sense in which the total collection of psychic “parts” cannot be understood except by reference to a whole that holds and bind them together into a unitive field of nondual being extending far beyond the limited confines of the skull.

The personal ego becomes but a mere subject in a kingdom of intelligent and meaningful complexes, but it is the totality of the Kingdom itself that we refer to as the Soul, as a field of being, as the ground for individualistic consciousness.

But here is the kicker: when we think of the Wholistic Soul in this way we see that the absolute furthest reaches our own individuality extend into the universe and we come to the realization that the border between our kingdom and the Cosmic Kingdom, the Kingdom of God Himself, The All, is intrinsically fuzzy in a way that itself only makes sense in reference to the larger telos or purpose of cosmic unity, which is what Christians call Logos or The Word, which became Flesh, incarnated as a Cosmic Kingdom.

So that’s the Soul. It operates as a psychic kingdom with borders that are themselves permeable portals to a bigger Cosmic Kingdom.

The personal “I”, the “me,” is but a single subject in this much larger psychic world. Yet, the processes which work to create the feeling of “me-ness” often come with a lot of baggage and work to convince us that our little “I” is bigger and grander and more important than it really is.

I do not say this to denigrate our little consciousness. It is my home, and I am happy here. God made it as part of Her creation and declared it “good.” I only wish to place it into its proper context, much like it’s helpful to show children how small the planet earth is relative to Jupiter or the Sun.

But if that is the Soul, what is the treasure to be found in the Soul? What is a treasure that “no moth can destroy”?

I believe the treasure is referenced in the famous “serenity prayer” that has been often discussed as a core summary of the Stoic attitude,

God, grant me the serenity to accept the things I cannot change,

courage to change the things I can,

and wisdom to know the difference.

We can see a precursor to the serenity prayer in the great Stoic philosopher Epictetus:

“Make the best use of what is in your power, and take the rest as it happens. Some things are up to us and some things are not up to us. Our opinions are up to us, and our impulses, desires, aversions—in short, whatever is our own doing. Our bodies are not up to us, nor are our possessions, our reputations, or our public offices, or, that is, whatever is not our own doing.”

Now, compare the serenity prayer to what Jesus says in Luke 12:

24 Consider the ravens: they neither sow nor reap, they have neither storehouse nor barn, and yet God feeds them. Of how much more value are you than the birds! 25 And can any of you by worrying add a single hour to your span of life?

I believe here Jesus is preaching in the same spirit as the Ancient Stoics, who also preached against the uselessness of worrying about things we cannot change and promoted a kind of inner peace or freedom in the face of worldly obstacles.

This Christ-centered Serenity comes from an understanding that:

What is Grace? Grace is a divine favor, a gift, that which gives joy.

The fundamental lesson of the Stoic philosophers was that there is a kind of inner joy or serenity that is always available, no matter how bad our external circumstances are, so long as we take the appropriate attitude towards it.

“The chief task in life is simply this: to identify and separate matters so that I can say clearly to myself which are externals not under my control, and which have to do with the choices I actually control. Where then do I look for good and evil? Not to uncontrollable externals, but within myself to the choices that are my own…”

“Don’t seek for everything to happen as you wish it would, but rather wish that everything happens as it actually will—then your life will flow well.”

These could easily be sayings of Jesus, for the message is the same as Luke 12:24-25.

Jesus focused on our inner life, the life of the heart, the free choices we make inside ourselves, choosing either good or evil. Jesus was only concerned with the things under our conscious control.

It is a realization that in every possible moment, however terrible and evil, there is an opportunity to let go from our desire to control that which we cannot control and find joy in going with the flow of Life itself.

Spinoza seems to grasp this truth when he says

“The more you struggle to live, the less you live. Give up the notion that you must be sure of what you are doing. Instead, surrender to what is real within you, for that alone is sure….you are above everything distressing.”

Is Salvation by Faith Alone?

The Problem of the External World is Not a Problem, But an Opportunity

What Is the Message of Jesus Christ?