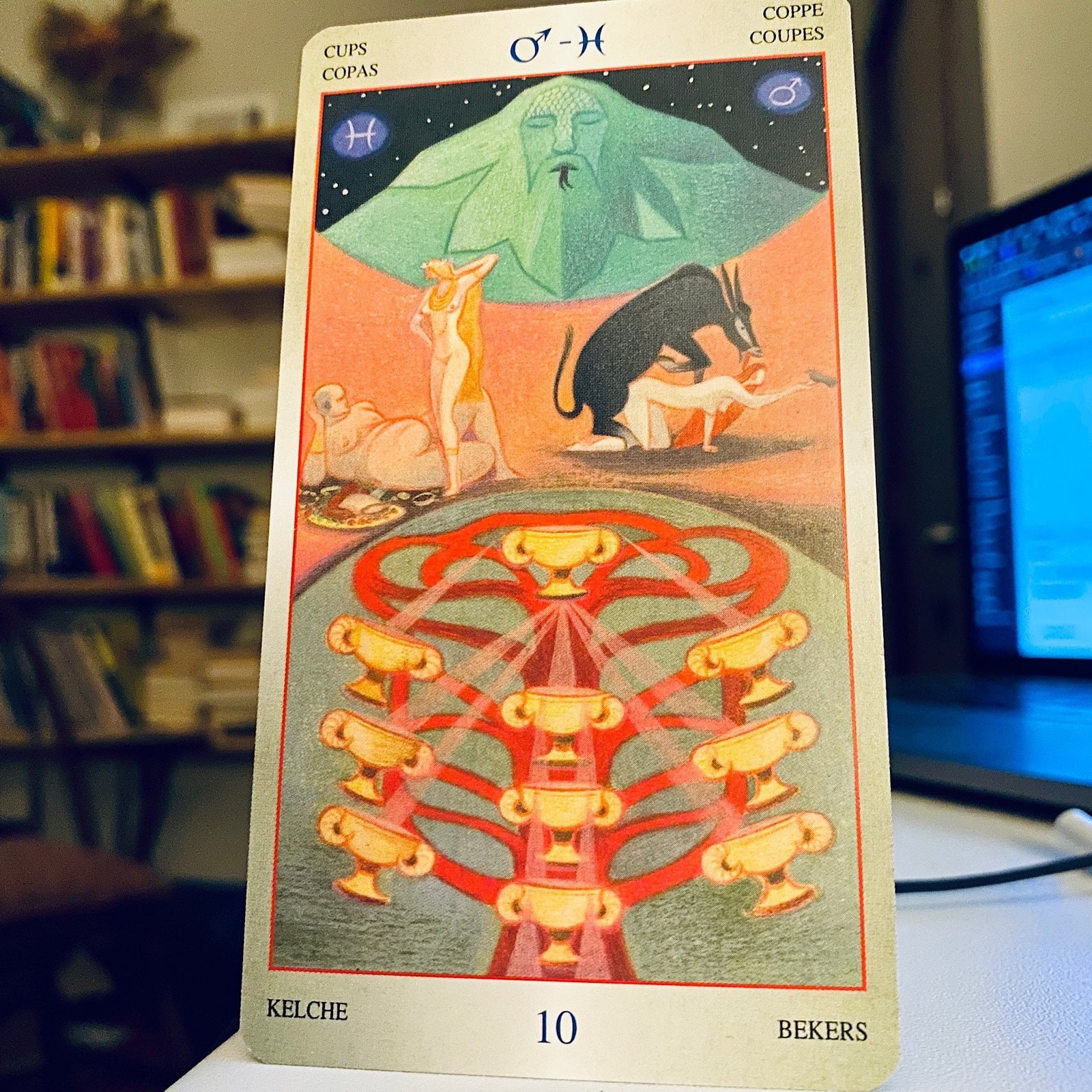 Liber T: Tarot of the Eternal Stars, 10 of Cups

Ruled by Mars in Pisces

In the Rider-Waite-Smith the 10 of Cups is usually associated with rainbows, family, and a happy ever after. In the Liber T Tarot, however, the 10 of Cups means something altogether different.

In the Thoth system, the 10 of Cups represents the negative quality of Satiety. It is the essence of having too much of a good thing, of taking the happiness of the 9 of Cups to an extreme overindulgence.

In the Liber T: Tarot of the Eternal Stars, we see the principal of going beyond Satiety taken to extreme levels.

We see a scene of bestiality, with an ass fucking the Scarlet Woman from behind. In the ancient world, bestiality was often used in entertainment, pleasure, and even in religious ritual. Greek myths often depict various gods embodying animals and having sex with humans. Here the woman is engaged in animalistic pleasure but also reaching out to a bird, perhaps suggestive of participating in a sacred ritual of some kind.

Above, we see the monstrous God Typhon, a snake like beast, who is associated with Pisces, which rules the 10 of Cups. This alludes to the monster inside us all, the potential for animalisitic excess. As a serpent God, Typhon has a forked tongue, a symbol widely known for being associated with sexual desires.

Typhon also alludes to the influence of Mars in this card, which corrupts every positive principle with aggressive destruction. This card is about self-destructive overindulgence corrupting the positivity of the 9 of Cups.

Below we see 10 Cups in the shape of the Tree of Life, but they are all spilling over and overflowing, another symbol of Satiety.

Review of Liber T: Tarot of the Eternal Stars