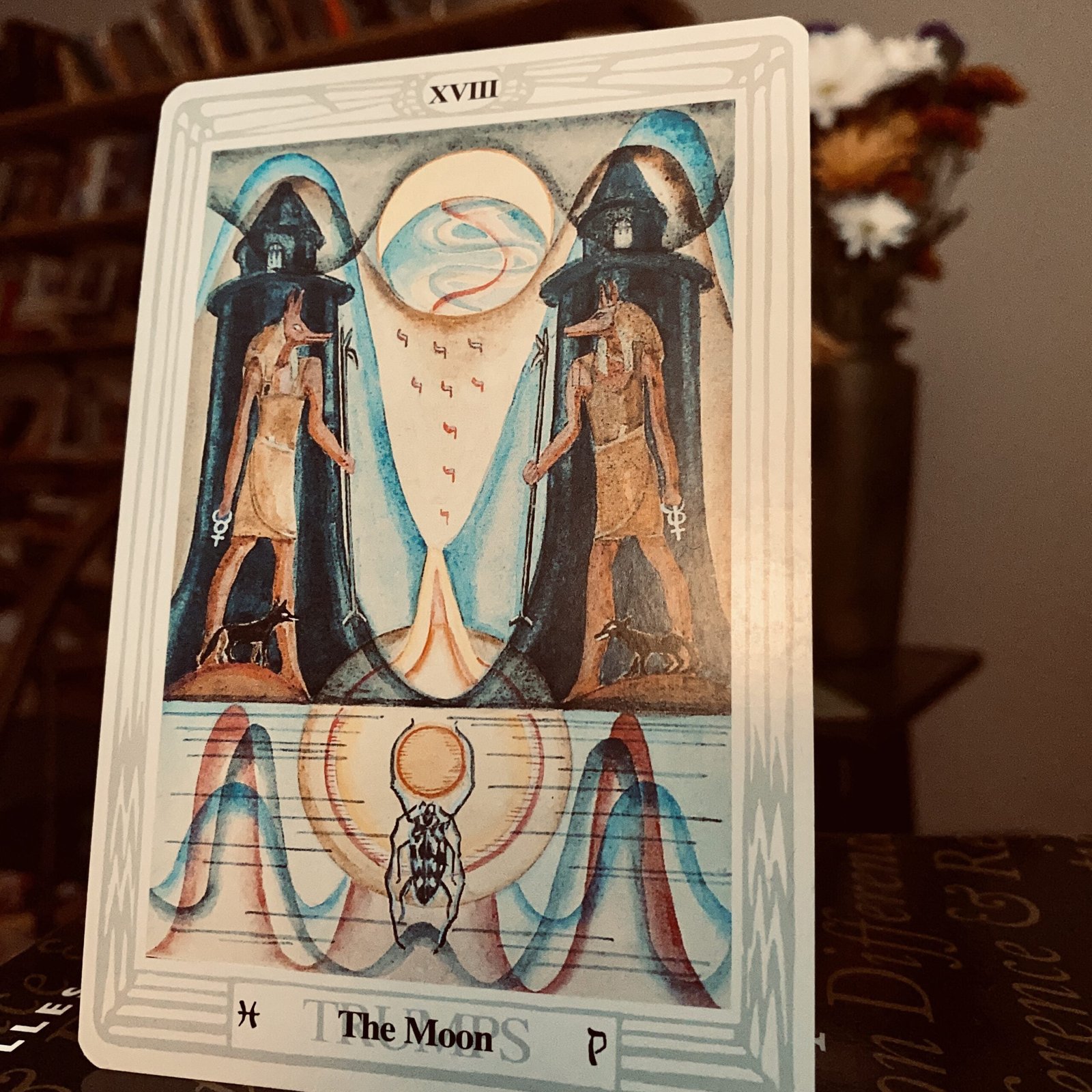 As we reflect on the Full Moon in Pisces tonight, let’s remember why Crowley called the Moon in the Tarot the “Gateway of Resurrection.” What is the meaning of the Tarot card The Moon?

The sacred Beetle holds the Sun in his mandible during the dark silence of the night and winter.In this card, Pisces represents the end of Winter and in its association with the Moon the end of the Night.

The resurrection of the Sun is on the other side of the mysterious gates, beyond the blood soaked pathway under the nine bloody drops of Yesod.

But as we go into the Full Moon tonight, let’s remember why, under its reflective light, “All is doubtful, all is mysterious, all is intoxicating.”This is because the Moon serves a dual function.

In the High Priestess it connects us to the highest levels of the Divine. But it is also the closest planet to Earth and is thus connected to Malkuth, the lowest form of matter.

This duality leads to the possibility of magick.This is the Moon of Witchcraft. Here, “the fiery sense is balked.” My must rely on the lower senses.To pass back into the light of Day we must appeal to the God Anubis, the “watcher in the twilight,” guarding the Gates of Resurrection with the jackals of the night.

However, Crowley says that whatever terrors afflict the Soul in the dark of the night under the influence of the Moon, the answer is always the same: “How splendid is the Adventure!”