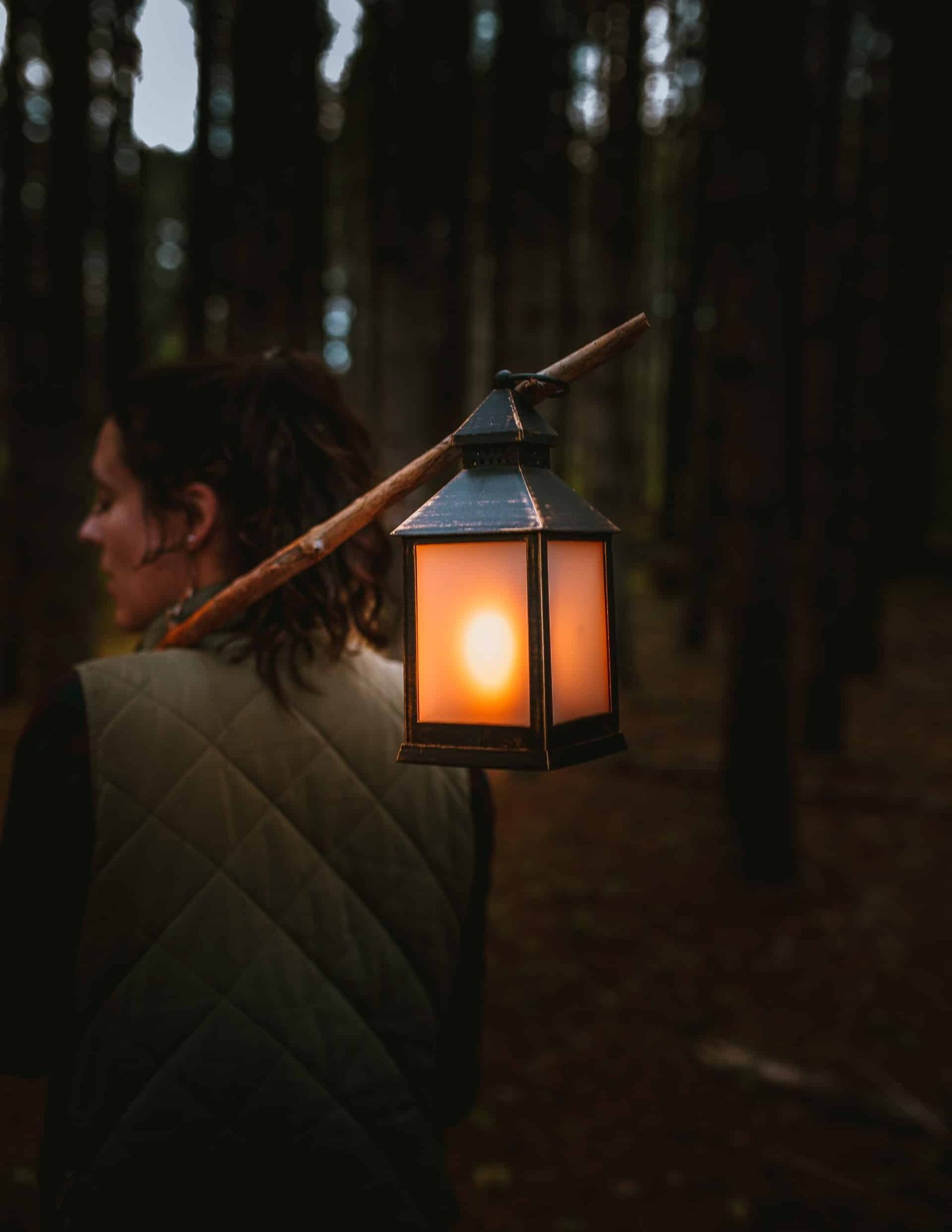 I was lost but now I was found.

I was in darkness but now I have come into the light.

I was broken and now I am saved.

These are all familiar metaphors of Christian “testimony,” that age-old genre overflowing with cliches and dead metaphors whereby former nonbelievers recount how terrible their lives were until they “got right with God” or “found Jesus” or what have you.

But when you poke and prod just a touch many of these so-called “atheists” were anything but, merely deeply backslidden theists who found spirituality inconvenient until they hit “rock bottom.”

I do not mean to discount or dismiss the personal significance of these “come to Jesus” moments but that does not describe my spiritual journey and I figured my story is worth telling, simply for the sake of contrast.

I grew up in a deeply fundamentalist Southern Baptist Church believing the Earth was ~6,000 years old and evolution was an evil lie told by “worldly men” with hate in their hearts.

Sometime around 2004, as a highschool junior, I gathered the internal strength to overcome what I had always been taught: that blasphemy and doubting God’s existence was an “unforgivable sin” that would doom me to eternal torment. Funny enough, it was through my reflections upon the nature of infinity in calculus class that I found a “loophole” in the logic of eternal torment that gave me the mental freedom to stoically accept the possibility of eternal punishment and face God’s non-existence head on.

As was the fashion in those years, I soon discovered “New Atheism” and devoured the likes of Hitchens and Harris, but also atheist scholars like John Loftus as well as intellectual predecessors such as David Hume and Friedrich Nietzsche. More importantly, I discovered “non-theistic” religion in the form of Zen Buddhism and this was critical to my spiritual journey during my early twenties and right up through today.

In college as I began to ingest high-doses of psychedelics and explore the outer-limits of consciousness, I soon fell in love with philosophy of mind and devoted my life to the pursuit of professional academic philosophy. In grad school, I read all about consciousness, mind-body dualism, and read the most brilliant physicalists and naturalist philosophers of mind I could find.

Overtime I found that the logical progression of my deeply naturalistic worldview was eliminative materialism. In a world of atoms, I could find no room for things as ephemeral as “minds” or “consciousness” or even “experience.”

While yes, it certainly seemed as if “I” was “experiencing” the world, the more I studied philosophical debates about just what the hell an “I” was or what “experience” is, all anyone could ever say was seemingly meaningless little gestures and nods like “what-it-is-like,” just endlessly repeating that phrase as if it made any goddamn sense.

As counter-intuitive as it was to say my experiences were narrative fictions, I was more confident in the truth of the “scientific worldview” than I was in anything so fuzzy and ill-defined as “consciousness,” a word that meant a million things to a million people, a concept so slippery it might as well just be a collective linguistic fiction.

All this philosophizing fed back to my spiritual worldview. It was a mish-mash of Zen, Taoism, Stoicism, and simply Carl Sagan-esque delight at the Bigness of the Cosmos.

I will spare you the details of how I changed my mind about that worldview (I tell my story here), but needless to say I no longer consider myself an atheist. I have still retained my agosticism, it’s just that nowadays my uncertainty is biased towards the mystery and incomprehensibility of apophatic theism and contemplative mysticism, coupled with a deep fascination for the esoteric, hermetic, and occult underbelly of the Western Philosophical Tradition.

Once I left academia for corporate America, I was actually free to explore eccentric and dusty corners of intellectual history that were “off-limits” to the serious and stodgy world of academic philosophy, where everyone must maintain at all costs their Reputation as a Very Serious and Logical Person.

Suddenly I was freed from the rigid expectations of a deeply flawed “peer review” system that thinks of itself as a moderate mechanism of checks and balances but in reality functions as power brokerage for the reputation of aging yet powerful academics who think of themselves as beholden to nothing but Facts and Arguments but in actuality maintain a conservative bias for ideas that reinforce what they happened to publish in their dissertations 30 years go.

Perhaps that’s harsh and unfair. Academics do change their minds. But rarely. And not enough. Especially not in response to ideas that are considered “fringe.” But I get it. Plenty of academics get emails every day from all kinds of crackpots who think they have once-and-for-all solved all of philosophy in their 600-page manifesto typed up in badly garbled English.

But now I am that crackpot fringe “independent scholar” who shakes my fist at the rigid dogmas of the “academic mainstream.” So I have empathy for both sides.

Anyway, getting back to the main theme of this essay, I have in recent years found myself in the company of esoteric weirdos, magicians, theologians, and basically all the people I never would have taken seriously as a die-hard physicalist and atheist.

But unlike so many other self-proclaimed “Christians” I still have a natural aversion to calling myself the C-word, especially living in America, the home of a particularly virulent strain of fundamentalist evangelical Christianity that prides itself on being opposed to everything I hold dear: my own trans/queer identity, collectivist political theory, kindness, love, and toleration for people who think differently than myself.

Nevertheless, here I am: a reluctant Christian, likely considered heretical in all but the most progressive congregations. It’s not a label I take on lightly in this political-cultural climate. But I figure I can do more good trying to reform Christianity from the inside than critiquing it as an “lost” outsider.

But I will never go back to the Christianity I grew up with. That is anathema to me. I would rather call myself an atheist.

But funny, with all the hindsight of spending a solid decade being a hardcore agnostic atheist, when I returned to the Bible with the help of modern critical Biblical scholarship, progressive theology,  and a newfound appreciation for the contemplative Christian tradition, I found a Jesus and a Christianity that resonates deeply with everything I believed as an atheist, as well as some recent additions to my spiritual worldview, such as a deeper appreciation for consciousness, mystery, humility, and a recognition of the fundamental High Strangeness of this cosmos.

This is why I do not consider myself “once lost.”

I was not lost. I was not in darkness. I was not miserable. I did not hit rock bottom. I had a deeply meaningful non-theistic spiritual intuition that served me exactly in the way I needed in accordance with my life history and experiences.

So it is not that I was lost and have now found my way. It’s just that I find myself meandering along a new path, just as clueless as to the final destination as I have always been. One is not lost if one is not trying to get anywhere. One is never lost if you are just taking a stroll for the sake of the stroll itself.

And how wonderful it has been to stroll in this weird and beautiful world with my fellow travelers! But now I have found a new source of light to illuminate the path under my feet. It not that I was living in total darkness before. Rather, it is like changing the lightbulb. But Light is Light, regardless of where it comes from. It’s just that now I am wearing a different pair of spectacles.

What Does It Mean Christ Is All and In All?

How I Came to Believe in Tarot and Other Oddities

3 thoughts on “I Am No Longer an Atheist, but I Was Never “Lost””