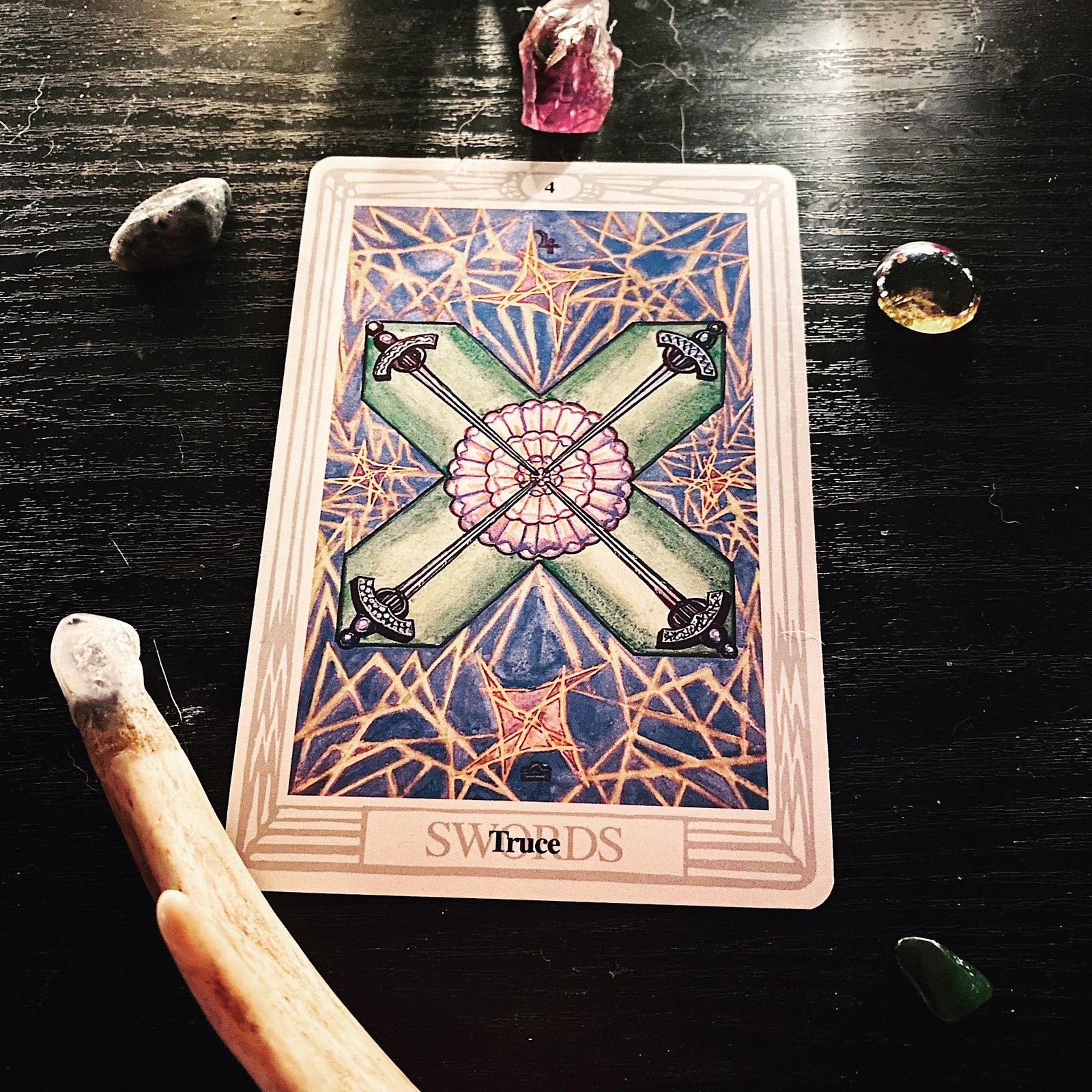 Chesed, ruled by Jupiter, realm of the Wise King, the Lawgiver. Representing the concept of Expansion, Growth, and Luck.

Chesed is the first manifestation below the Abyss, receiving directly the energy of Binah, the Great Mother.

Swords represent the realm of Yetzirah, Formation. Swords also represent Air, the element of in the Intellect. Mobile, fluid, swift, and forceful. But also extremely subtle.

Libra is the Great Equilibrium, what Crowley calls Adjustment. It is thus the supreme ideal of the Great Work, to find Balance between the polarity of Life and ascend up the Middle Way to achieve final union with God.

Traditionally represented in the Rider-Waite-Smith as peaceful meditation, the Four of Swords is about establishing Lawful Peace and equilibrium in our Minds, calming the raging storm of our Intellect and finding balance in quiet contemplation. This is why Crowley calls this card “Truce.” The Four of Swords thus stands in contrast to Mars, the aggressive Warrior-King. It is a direct descendent from Chokmah, the Wise Father in the Supernal Triad.