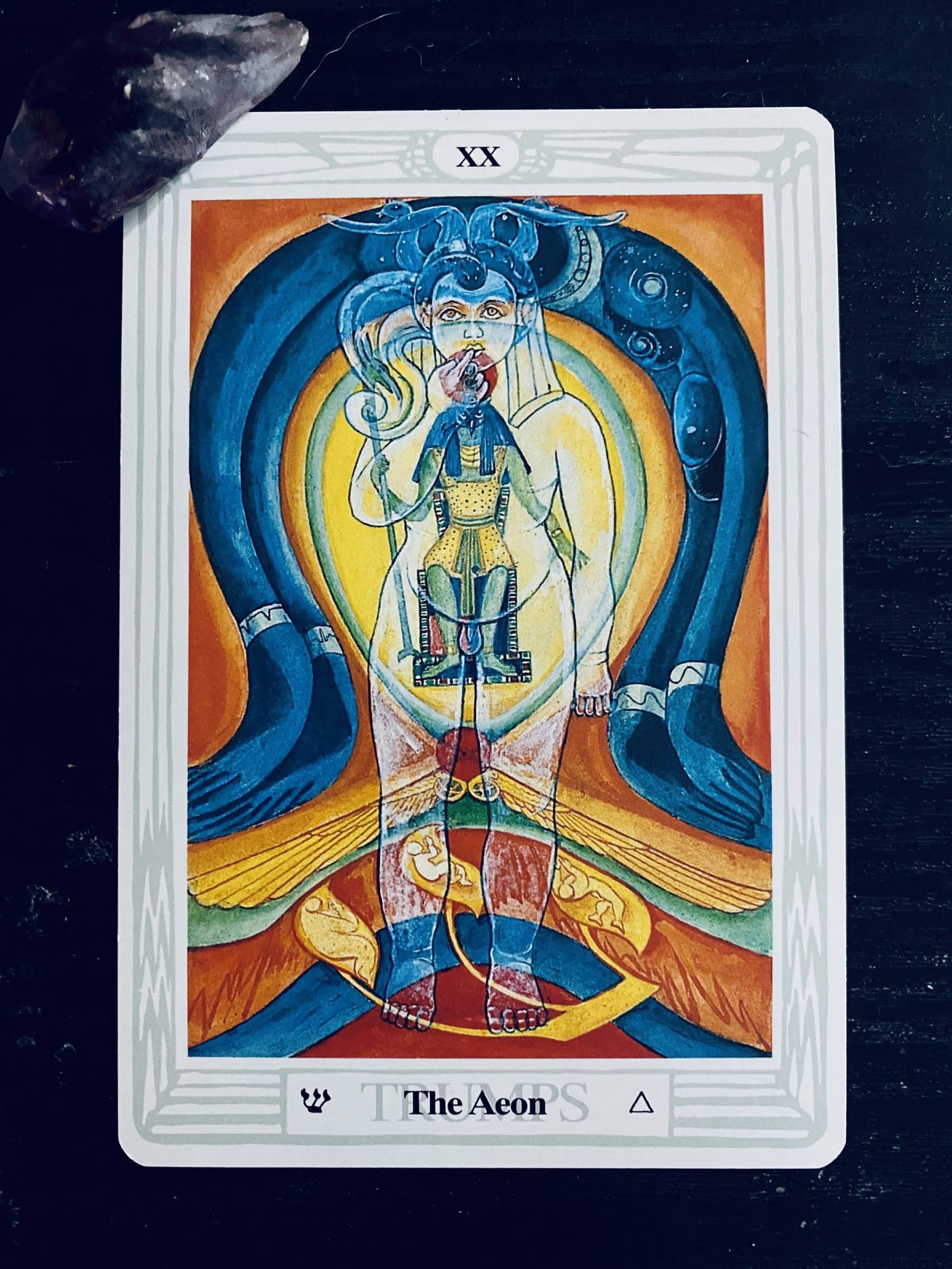 In this post, I will explain the purpose of the Order of the Holy Tarot.

First, it must be noted that the rather stuffy sounding name of this Order is a homage to the Hermetic Order of the Golden tarot, which gave rise to the modern symbolism of the Tarot and the name itself is merely a joke about the order of the tarot cards being critical to the Order of the Holy Tarot.

So I hope that gives you a sense of the Spirit of this new Order. So many magicians and occultists take themselves too seriously. In my opinion all the wise and holy people in history have had a sense of humor due to the inherent joys of being close to the sacred.

However, with that said, I believe a central component to the Order of the Holy Tarot is to approach the Tarot with complete sincerity and utter seriousness. You must believe these holy cards have a potential within them that is greater than you.

To be a member of the Order of the Holy Tarot, one must not merely treat the Tarot as an interesting “tool,” like an ornate shovel for the soul. Rather, the Tarot itself is a metaphysical system that is worthy of praise. One must be quite willing to worship at the altar of the Tarot.

Luckily, worship of the Tarot does not involve a dry recitation of liturgical ritual but rather is itself a living, interactive, dynamic process of interpretation (hermeneutics). The goal is to interpret the card or the spread in such a way as to find Truth, either about the question you are asking, the nature of reality, your inner soul, or whatever you feel necessary for spiritual growth.

To be a devotee of the Tarot is easy. Treat it with sincerity and respect, admire its sacred symbolism, and commit to a regular practice of studying the Tarot and seeking its Wisdom. Write about it. Think about it. Pray about it. Contemplate it. Work with it. It is Yours. There is nothing separating your Tarot deck(s) from you except yourself, nothing that could get in between you and the Tarot except for your own mind.

The Order of the Holy Tarot is fundamentally a recognition that the Tarot itself can be a source of sacred knowledge that is independent of any religious system outside the Tarot.

Which is not to say that one cannot benefit from belief in both the Truth of another religious system and the Holy Truth of Tarot. Because the Order of the Holy Tarot does not recognize any official metaphysical belief, it is compatible with all open-minded religions.

Unlike many religious systems, one can be a sincere believer in the Truth of the Holy Tarot without thinking this must be the primary Truth one must recognize and devote yourself to. Rather, membership in the Order of the Holy Tarot is more like icing on the cake. If you are first and foremost a follower of Jesus Christ, that is just fine. But if you want to also be a member of the Order of Tarot, one can bring all its associated value into your life. They are not mutually exclusive and the Order does not say being a Devotee of the Order needs to be your primary passion in life.

However, if one does decide to throw themselves Wholly into the Order of the Holy Tarot, the benefits are almost impossible to quantify. Through the Tarot is is possible to achieve spiritual growth of the same depth and complexity of any comparable religious system. This is because the Holy Symbolic Structure of the Tarot contains within itself a symbolic mapping onto both the fundamental human archetypes of existence and the nature of divinity itself.

The Metaphysics of the Holy Tarot

Although a central tenet of the Order is that we have no official doctrine on the metaphysical nature of the Holy Tarot, there is no official policy against developing your own. To facilitate your own theoretical development, I want to offer a sample of what such a theory could look like.

One might suppose that the Tarot itself is Holy. It is a Divine Object. But what do we mean by “The Tarot”? I suppose that we break the Tarot down into several, nested layers:

“The true tarot is symbolism; it speaks no other language and offers no other signs.” Arthur Edward Waite, The Pictorial Key to the Tarot, 1911

Each deck is unique, both in the sense of both a unique hermeneutic experience of the Symbol System but also in the sense of each individually owned deck having its own unique power in virtue of its unique connection to its owner.

The cards and the decks can act as guides in virtue of their connection to the Symbolic System. The Symbolic System itself is continuously evolving and growing as a result of Tarot practitioners themselves growing and evolving. This is best thought of as co-evolution: The Symbol System of the Tarot evolves in virtue of a dynamic relationship with the humans who turn to it for wisdom and as an objective of spiritual contemplation.I think most Tarot practitioners have an intuitive sense of when different decks “speak to them.” And I think there is a reason why many Tarot practitioners interview and try to “get to know” their decks when first beginning work with that particular deck. It is common for Tarot practitioners to treat the deck as if they have their own unique personalities. As Eden Gray said in The Complete Guide to the Tarot,

“When one reads the Tarot cards frequently, it is difficult not to become convinced that some power is present that directs through distribution.” (The Complete Guide to the Tarot, p. 15)

In a sense, this is true. Each deck owned by each person is a unique manifestation of the Holy Power inherent to the Symbol System of the Tarot. In other words, each Tarot deck you possess can be thought of as a kind of spirit guide.

The Holy Power of the Tarot

If the Tarot has Holy Power what is the nature of this power? I think this power can be roughly divided into three categories:

1. Enabling us to experience Inner Truths

2. Enabling us to experience Outer Truths

3. Enabling us to experience the collapse of the Inner and Outer

The second Power, Outer Truth, is perhaps Tarot’s most well-known power. This is often derided as “fortune-telling,” a mere parlor trick.. Needless to say, this power of foresight and divination is controversial within the Tarot community and most professional readers make an explicit point they don’t attempt to discern the future concerning things like health or legal matters.

While the Order does not take an official stance on the use of fortune-telling, it is arguably one of its most powerful and prevalent Powers. However, it is my opinion that (1) and (3) offer great possibility for Spiritual Growth. But do not tall into a trap, for sometimes experiencing Outer Truths is the greatest way to experience both Inner Truth and the collapse of the distinction itself.