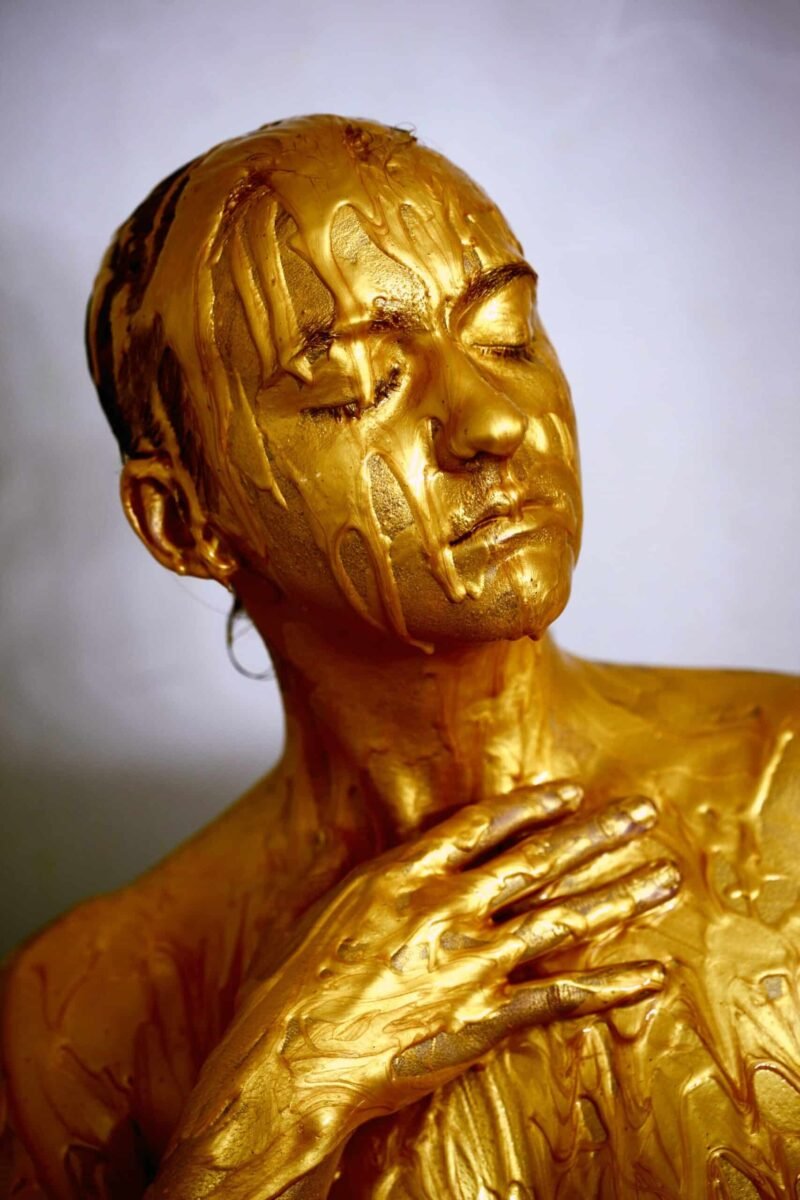 One of my biggest takeaways from spending so many years in the halls of professional academic philosophy is that when it comes to the big, meaty questions of existence: nobody knows what the hell they are talking about.

And that’s a good thing. It keeps us humble. And so it is also with my gender: I don’t know what I am talking about.

What is this “thing” we call one’s gender? Can you point to it? Can you measure it?

One can not predict it from any physical parameter. There is no natural law at play in the performance of gender: it is thoroughly constructed.

We think of “social construction” and think in crude physical terms: that constructions are like little scaffolds added onto the “real.”

Instead, it is much more fundamental: it is a construction in the same sense that your entire perceptual world is a construction, knit up into exquisite knots of phenomenal experience that completely infuse us, at the cellular level, enveloping our minds to create a filter that both shapes us and is us.

Gender is deep in our Souls. It has a primordial place in the ontology of the collective unconscious. And yet it is playful. Gleefully capable of disconnecting from normative constraints which try to keep it grounded so crudely.

Gender is like the multiheaded hydra: chop off its head and 3 more will sprout in its place.

I am not even speaking about my transness. This is deeper than transness. It is about gender itself, and my relation to it.

My transness is a reference to my history. But my gender is an ongoing mystery stretching into the future.

What is it? If it is just some vast “gender machine” of the patriarchy, why do I have these gendered desires that feel so personal? Where do they come from?

If this is an elaborate social game, a mere construction, why does the deep, strange, mystery of gender sometimes blossom when I am utterly alone?

Because, whatever gender is, it has thoroughly woven itself into our brains, our minds, our Souls.

In our very human way, always prone to analogies, we have traditionally referred to gods and goddesses within the parameters of gender.

In the esoteric philosophies of the world, gender has always been a parallel ontological framework for both the particularities of human life and the basic metaphysical principles of the cosmos e.g. active vs passive, solar vs lunar, yin vs yang, etc. all have gendered dynamics.

So there’s this apparatus in my mind. It feels very much me. I am it. It is a truism that anything I express is an expression of my gender. But the harder question is determining where society ends and I begin.

It is not just society. The problem globalizes. There are so many fungal and bacterial organisms living inside of our bodies intricately supporting our own physiology that it’s a philosopher’s nightmare trying to precisely define the boundaries of individuality.

In reality, it seems that if “selves” exist at all it is an existence very much like fungi themselves: each “individual” being part of a greater whole, a network, a whole that is far wiser than ourselves, who by our conscious nature, only have access to what we are conscious of, which, of course, makes up an exceedingly small part of what is “our” mental life, let alone the ongoing-interstitial-dynamics of mental life within a social-ecology.

So, in effect, gender is strange. Quite strange. My own gender especially. I cannot make sense of it.

Am I a man? A woman? Something else?

Who can say. I know how some people might answer this question. They would say I am just a feminine man.

Years ago this answer would have really bothered me because I had completely detached myself from wanting to identify as anything related to “a man.”

But nowadays, while I still don’t necessarily identify “as a man,” the cut of this transphobic comment is not as deep because I have assembled within myself a dynamic balance of selves which includes, somewhere, the man who I used to be.

I have written elsewhere how I see myself as one of those trans people who truly did transform from a man to something else. But now I guess the “something else” includes the man-I-used-to-be, albeit repurposed and recontextualized.

I used to see myself as running away from masculinity at all costs. And in terms of surface level expressions, I suppose I am still fairly feminine.

But there is another sense in which I have learned to embrace the masculine side of myself: my deep voice which always confuses people, for example. I have almost learned to embrace it. Because it is me. It is mine. It is who I am.

Same with my nose. I have a broken, uneven nose. Sometimes it really bothers me and I am tempted to get surgery to “feminize” it. But at the end of the day it is my nose, and if I learn to love it fully, accept it fully, then in a way I am learning to love myself.

There are deeper masculinities which cannot be expressed in any physical terms, but which express those esoteric dimensions of activity and passivity. I consider it a privilege to be able to wield such dimensions of masculinity within the context of a greater trans-feminine whole.

It is not easy sometimes, being a physical being in a world that so intensely judges physical appearances and ties them into feelings of worth. Comparison always seems to steal the joy of being ourselves. We see someone skinnier than ourselves and we think we’d be so much happier if only we were like them, not knowing of course whether that person even has a joyful relationship with food.

For is that not more important? To experience joy in ourselves and how we relate to this world?

For some, gender is everything. I get that. It does seem all-consuming sometimes. But there are times when it simply falls out of my awareness and I become myself: neither a man, nor a woman, neither cis, nor trans: I become myself.

I call this Gender Beyond Gender. Perhaps one can never truly escape gender. It’s like being in the gravity well of a black hole: we keep spiraling and spiraling.

But sometimes as we are drifting in the pull of gravity, we suddenly feel ourselves to be truly weightless, untethered by the constraints of gender. In these moments, there is utter freedom. We see possibilities for ourselves outside of the rigid expectations of society.

These moments are beautiful, and they keep me engaged, exploring, and curious. They make me excited about my gender because they enable me to fall in love with contradictions.

And that is where gender can become a real art form. We all know those souls who seem to take gender and elevate it to a form of beauty that is paradoxical in its core.

These are the people who take the expectations of gender, the enforcement of normativity, and they simply dance around them, turning the rules of gender into a playful performance.

I think it is important to not get bogged down by the gravity of gender, to let it consume us too completely. I recognize that it is a kind of privilege, however. That some people have no choice but to be consumed. To have gender essentially step on their throat and not let them go.

And thus I consider it a real privilege to have such a loosey-goosey attitude towards gender. To not feel restricted in the presence of its gravity well. To feel free to dance and move however feels natural to me.

When I first transitioned, I was worried about gender all the time. It was constantly on my mind. This is pretty natural for trans folks earlier in their transition.

But over time I learned to stop worrying and start living. Over time my gender identity diminished in importance and other identities rose to the surface. Writer. Partner. Product manager. Pianist. Occultist. Christian. Philosopher. All these identities and many more swirl in my head shaping who I am.

The tendrils of all my identities reach back into my Soul and hook me into the collective unconscious, tethering me to a deeper world of archetypes that is both imbued with gender and also beyond it.

At this level, it is pure paradox, which operates to break gender down into sub-atomic particles. Paradox becomes an energy that powers a great collider, where gender particles smash together to unleash enormous potentials of new energy.

And with new energy comes new power. Paradox and contradiction and incoherence; they all become fuel for new adventures within the gender machine.

How lucky I am!

1 thought on “Gender or: How I Learned to Stop Worrying and Love the Contradiction”