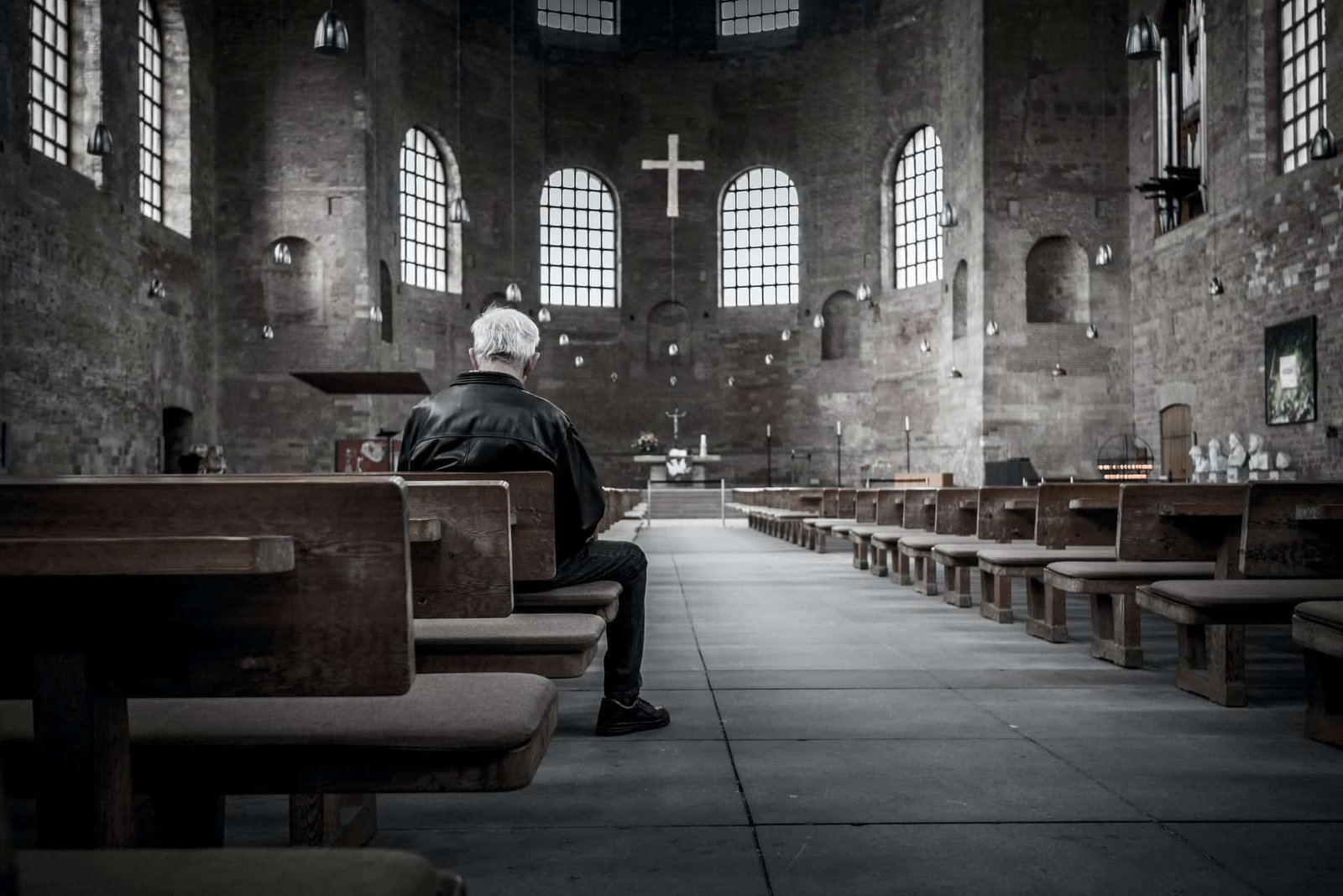 If you Google “Do you have to go to Church to be a Christian?” one of the first results is from the United Methodist Church, which writes:

John Wesley, one of our founders, taught and practiced accountable discipleship. He put it this way. “There is no religion but social religion.” In other words, without being vitally connected to other people in the church, we cannot reasonably claim to be practicing the Christian faith at all. We can’t keep on the path with Christ without the help and support of other Christians. Without hearing the Word read and preached, without gathering with other Christians around the table to share and feast upon Christ who is host and sacrifice for us, and without becoming part of the fire of the Spirit as it moves among the living members of Christ’s body, we become like embers of a fire separated from the community of grace. We grow cold and the fire and flame of love grow cold and we die spiritually. We may still have some Christian beliefs, but we can no longer credibly say we “believe in Jesus.” Believing in Jesus means being in a vital relationship with Jesus and with his living body, the church.

If you further explore the Google results you will find many other Christians expressing the same point: “There is no [Christian] religion but social religion.” This is a common argument among Church-going Christians. But I want to offer a counter-argument based on gnostic principles.

The first thing I want to point out is that such opinions are expressed by Christians associated with a Church, which makes you wonder if their answers are perhaps self-serving. After all, it makes perfect sense why Christians associated with churches would say that the best forms of Christianity are those that are actively involved with a church; it’s a means of self-preservation.

Granted, they can also cite some scripture to make their point.

24 And let us consider how to provoke one another to love and good deeds, 25 not neglecting to meet together, as is the habit of some, but encouraging one another, and all the more as you see the Day approaching.

20 For where two or three are gathered in my name, I am there among them.

Another strong metaphor is Romans 12:4-5:

4 For as in one body we have many members, and not all the members have the same function, 5 so we, who are many, are one body in Christ, and individually we are members one of another.

In this passage, Paul the Apostle uses the metaphor of the “Body of Christ” to argue that each Christian plays an individual part in the overall schema of Christian well-being, just as the lowly foot is critical to the function of walking. Similarly, it is through the role they play in the larger body that Christians reach full flourishing. We see this metaphor of the Body of Christ taken to its logical conclusion in Ephesians 4:14-16:

14 We must no longer be children, tossed to and fro and blown about by every wind of doctrine, by people’s trickery, by their craftiness in deceitful scheming. 15 But speaking the truth in love, we must grow up in every way into him who is the head, into Christ, 16 from whom the whole body, joined and knit together by every ligament with which it is equipped, as each part is working properly, promotes the body’s growth in building itself up in love.

Christians typically acknowledge that it is not necessary to go to Church to be a Christian because, as we know, many forms of Christianity are famous for being credal i.e. a religion based in achieving the right belief: if you believe the right things you will be saved, regardless of your spiritual praxis.

However, I want to offer a more gnostic and solitary counter-argument to this Pauline emphasis on the “body of Christ.”

Paul, was, obviously, interested in spreading a Christ-based religion. It’s reasonable to assume this goal would be accelerated if the social elements of religions are emphasized, as distinct from the mystical, solitary, and gnostic aspects.

Most scholars of early Christianity agree that the historical Jesus, if he was anything, was an apocalyptic preacher whose goal was to spread the “Good News” of the impending arrival of the Kingdom of Heaven.

But if we look closely at the gnostic Jesus in the Gospel of Thomas, it says:

Here Jesus is saying, in accordance with other figureheads of mystical religion across time and place, that the “apocalypse,” the soon-to-come “Kingdom of Heaven” that he spent his entire ministry preaching about, is not a place that we will live in but rather a state of being that takes place inside our minds, catalyzed via meditation on the wisdom of Jesus’s sayings. In other words, finding the Kingdom of Heaven requires changing our consciousness in the here and now of life on Earth via esoteric contemplation and spiritual praxis.

This gives an entirely different twist on the question of: Do you have to go to Church to be a Christian?

The answer then becomes: will attending Church be conducive towards achieving the proper state of consciousness necessary to realize that our consciousness is co-extensive with the universe and is itself equivalent to divinity? Will spending time with Christians who focus on “right belief” be conducive to your quest for “right experience?”

If the answer is yes, then by all means, attend Church and soak up that praxis.

Indeed, there are good reasons to think the liturgical, musical, architectural, and social aspects of Church could very well be fantastic for achieving the proper mindset needed to find the Kingdom of Heaven inside.

But the gnostic Jesus makes us reconsider Paul’s metaphor of the Body of Christ. In that model, the lowly foot needs to join together with the hand and the stomach to “properly function” as a Christian.

But with gnosticism, the lowly foot could also very well learn to meditate in solitude and achieve gnosis via a conscious and concerted mindfulness practice.

I am not arguing against the importance of sociality for religious or spiritual growth. I am merely challenging the idea that this sociality has to happen within the confines of “Church” as we normally think of it.

In the modern era, “Church” could be a discord server of like-minded souls, or an internet forum with people who lift you up and push you forward. It could be the fellowship of the dead as found in reading the works of the dead.

The internet has decentralized old notions of what it means to be a “body of Christ.” To borrow a metaphor from Deleuze, we might think of a new body of Christ, the “body without organs,” which exists in a virtual space of rhizomatic possibility, with fruitful lines of flight branching off from an eclectic assemblage of tools, books, people, etc.

In the spirit of solitary and eclectic paganism and witchcraft, I want to encourage any Christian traumatized by the organized and credal Church to customize your Christianity to your benefit. If you need the spark of liturgy, go attend a service without the associated guilt of not joining the flock.

Being a Christian dilettante. “Cherry pick” with reckless abandon. Form your Christian from a fractured assemblage. Make your Christianity a monster. Fuck “proper functioning.” Make it a Frankenstein. Be your own Body. Start your own Church. Make it a Church of One if you must. Just don’t be lulled into complacency via the notion that one must do X in order to find the Kingdom of Heaven within. There are certainly best practices, relative to your personal inclinations, but the important thing is to remember the goal: which is to experience the journey as sacred, to find Heaven on Earth.

What is the astral plane?